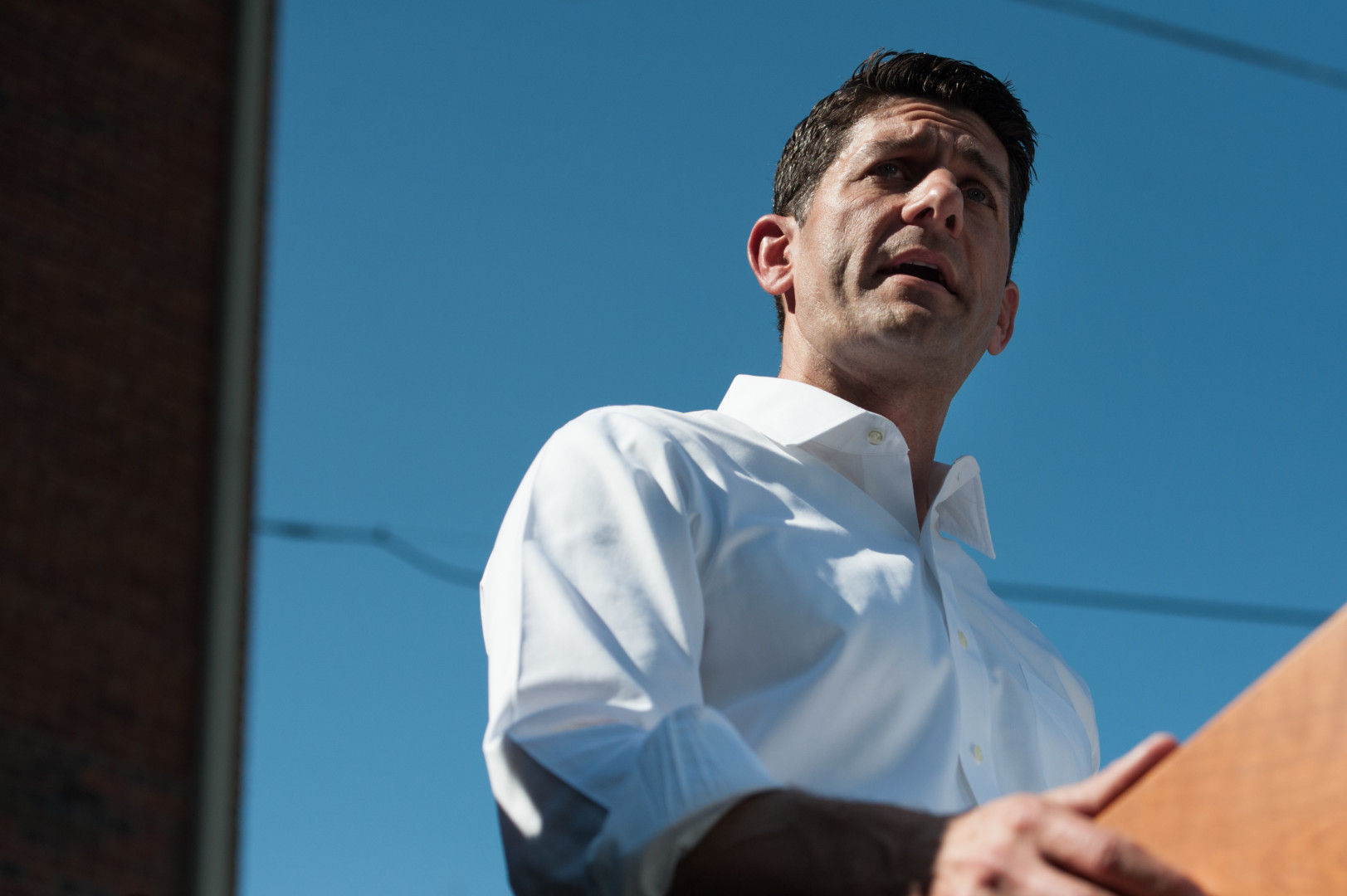 House Speaker Paul Ryan’s policy plan for health care, as expected, leans heavily on market forces, more so than the current system created by Obamacare. The proposal contains a host of previously proposed Republican ideas on health care, many of which are designed to drive people to private insurance markets.

Importantly for conservatives, as part of a full repeal of the Affordable Care Act, the current law’s mandates for individuals and insurers would disappear under the GOP plan. It would overhaul Medicare by transitioning to a premium support system under which beneficiaries would receive a set amount to pay for coverage. The plan also would alter Medicaid by implementing either per capita caps or block grants, based on a state’s preference.

Ryan and other House Republicans involved with the plan are set to formally unveil the proposal on Wednesday. It is part of a series of policy outlines that Ryan has spearheaded designed to show voters what Republicans would support if a Republican wins the White House.

The 37-page white paper is not a substitute for a nearly 3,000-word law. It contains few specific numbers or dollar amounts, leaving crucial facts needed to evaluate the plan up in the air. The details of the plan will be litigated by committees next year, a senior House Republican leadership aide said.

To that extent, many of the details that require tough negotiations aren’t part of the proposal. “It is a vision document to get consensus on principles and basic policies,” said Ed Lorenzen, a senior advisor at the Committee for a Responsible Federal Budget. “It probably would have been too hard to get consensus on details for a campaign document.”

The GOP white paper begins by saying it will repeal Obamacare in its entirety. This means the current law’s federal exchanges, individual and employer mandates, essential benefits, and a host of insurance regulations would cease to exist. All of those policies were designed to expand coverage and improve quality, but Republicans argue that they have also increased costs.

Republicans have been under fire for years about how they would expand insurance coverage without throwing some 21 million newly-covered people off of their health insurance. The plan sets up a vision for how the sick and poor would keep access to coverage under a new system, but without details it’s hard to tell whether the plan would accomplishes those goals.

People who do not receive health insurance through their employer, Medicare, or Medicaid would receive an advanceable, refundable flat tax credit. The payment would be available at the beginning of each month. It would be adjusted by age and would grow over time. Although the white paper gives no specific value, it says the tax credit “would be large enough to purchase the typical pre-Obamacare health insurance plan.”

The GOP aide said with the tax credit, “you would at least be able to buy catastrophic care.”

Like Obamacare, the Ryan plan would bar insurers from denying coverage to people with pre-existing conditions. It would also allow children to stay on their parents’ plans until age 26.

“Extending these protections to the individual market is a simple but important reform that will encourage Americans to enroll in coverage and stay enrolled,” the white paper says.

The plan calls for a “one-time open enrollment period for individuals to join the health care market if they are uninsured.” People could still join at a later time, but they would no longer be protected from rates based on health status.

The plan also would implement high risk pools, calling for $25 billion over 10 years to be spent on the programs. Premiums for high-risk pool enrollees would be capped, and waiting lists would be prohibited. By doing this, the plan’s drafters hope to provide affordable coverage to the sick and also to keep premiums down in the broader individual market, where very sick people can cause rates to go up.

In the employer-based insurance market, the plan calls for a cap on non-taxable health benefits. It does not say what this cap would be, but all benefits above the cap would be taxed. The authors of the plan say this is more fair than Obamacare’s Cadillac tax, an excise tax of 40 percent on all benefits above a certain threshold. The Cadillac tax, Republicans argue, hits lower-income workers harder because it doesn’t change based on income bracket and isn’t adjusted based on cost of living.

Under the House GOP’s plan, states would be able to choose to receive Medicaid funding under a per capita cap system, the default, or they could opt for a block grant. Currently, Medicaid is jointly funded by both state and federal governments. The federal contribution is determined based on a formula, the Federal Medical Assistance Percentage, which varies by state between 50 percent and 83 percent of total costs.

The default under the Ryan plan would be, in essence, a per-member-per-month federal payment. Beginning in 2019, a total federal Medicaid allotment would be available to each state based on its federal matching rate. The allotment would be based on the amount given to each individual under four different matching categories and the number of enrollees in each category.

Republicans argue that a per capita cap gives more certainty to state budgets than the current system. It also incentivizes efficiency because the total amount of funding a state will receive is capped.

The GOP plan would temporarily leave Obamacare’s Medicaid expansion in place for the states that decided to take it, but states that did not expand could no longer do so. For expansion states, Republicans propose slowly bringing down the federal matching rate for the adult expansion population to match the rate level for all other populations.

States also would be allowed to implement work requirements and set premiums. Expansion states could also lower the income eligibility levels or phase out expansion by freezing enrollment.

States that opt for block grants would have the authority to determine how to use the federal funds. The GOP model assumes that these states would transition individuals covered by the Medicaid expansion into other sources of coverage. There would be some required services to the most vulnerable elderly and disabled patients.

Tapping a long-held Republican idea, the House GOP plan calls for a shift to a premium support system under which Medicare recipients could enroll in a private plan and receive a predetermined payment for the coverage.

The Republicans also would keep the traditional fee-for-service Medicare available as an option for seniors, but it would shift toward a “Medicare Exchange” down the road.

It would raise the Medicare retirement age, beginning in 2020, to correspond with Social Security.

To encourage enrollment in private insurance plans, beneficiaries would begin to be able to choose between private Medicare plans and fee-for-service Medicare on a new Medicare Exchange starting in 2024. A Medicare premium support payment would be paid directly to the enrollee’s private plan or the fee-for-service program.

The amount of the premium payment would vary based on a person’s health status and income. The premium support would either cover entirely or offset the cost of a plan’s premium. It is unclear what would be used as a benchmark in determining premium support payments.

Under the plan, Medicare Parts A (hospitals) and B (doctors) would be combined and share a single deductible beginning in 2020. There would be a maximum out-of-pocket spending cap for each beneficiary, bringing traditional Medicare to parity with Medicare Advantage, where beneficiaries opt for private coverage and are reimbursed for it. The GOP plan would institute a 20 percent uniform cost-sharing requirement for all services.

Other policies in the plan include adjustments to Medicare Advantage, repealing the Independent Payment Advisory Board, repealing the Center for Medicare and Medicaid Innovation, and restricting how much cost sharing can be covered by Medigap plans.