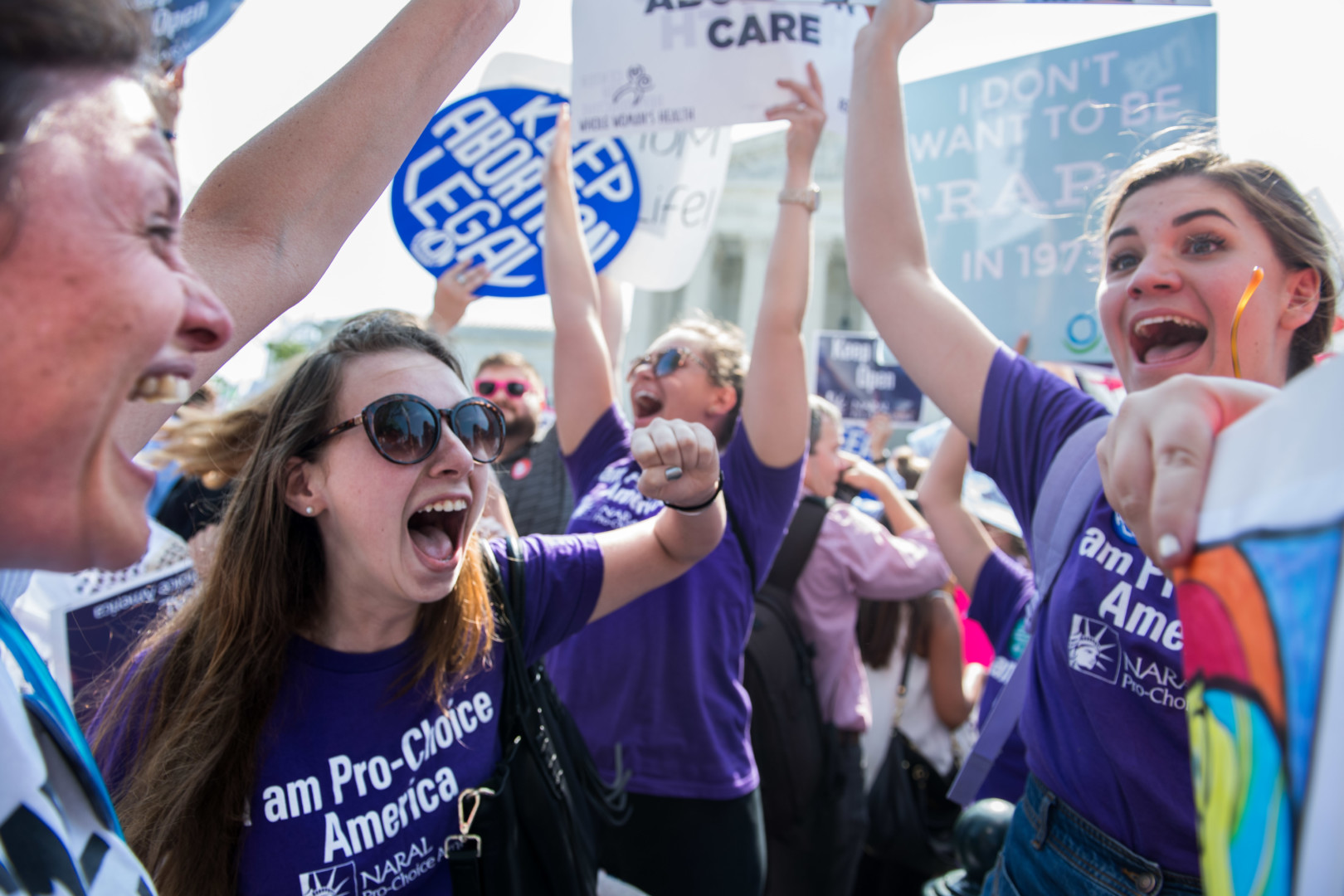 The Supreme Court decision to strike down a Texas abortion law Monday could impact laws in dozens of other states. In a 5-3 decision, the justices found that the law places an undue burden on women and they broadened the standard used to evaluate abortion laws.

The case, Whole Woman’s Health v. Hellerstedt, examined the legality of a Texas law requiring doctors performing abortions to have admitting privileges at a hospital within 30 miles. The law also requires abortion centers to meet the standards of ambulatory surgical centers.

Writing for the majority, Justice Stephen Breyer said the court concluded that “neither of these provisions offers medical benefits sufficient to justify the burdens upon access that each imposes. Each places a substantial obstacle in the path of women seeking a previability abortion, each constitutes an undue burden on abortion access, … and each violates the Federal Constitution.”

This is the first major abortion case the court has ruled on in more than a decade.

The “undue burden” precedent was set in Planned Parenthood of Southeastern Pa. v. Casey in 1992. Then, the court found there is an “undue burden” on a woman’s right to decide to have an abortion, and therefore a provision of a law is illegal if the “purpose or effect” of the provision is “to place a substantial obstacle in the path of a woman seeking an abortion before the fetus attains viability.”

Monday’s decision goes beyond previous precedent by adding consideration of a law’s benefits to a woman. “The majority opinion today for the court now says you have to look at whether there’s any benefit to the law and whether it actually does what the legislature says it does. So that will be an overriding principle looking at these cases going forward,” said Laurie Sobel, a senior policy analyst at the Kaiser Family Foundation.

In the opinion, Breyer noted that the state was unable to provide “a single instance in which the new requirement would have helped even one woman obtain better treatment.”

The ruling is precedent-setting and holds implications for abortion laws in other states. Passage of state abortion laws has spiked since 2010. Although more than 1,000 laws have been passed since Roe v. Wade in 1973, more than one-fourth of them were passed in the last six years, according to the Guttmacher Institute. The Texas law that was reversed on Monday was passed in July 2013.

These laws are already being challenged in other states. With Monday’s ruling, more states are likely to take up legal challenges. Lower courts are more likely to strike them down based on Monday’s decision, according to Sobel, although some states may be slow to put the court’s ruling into action.

The court has already issued a stay in a Louisiana case challenging a law with the same language as the Texas one. The court could either now vacate the order previously made by the U.S. Court of Appeals for the Fifth Circuit, which was challenged, or send the case back to the Fifth Circuit for Whole Women’s Health to be applied there.

“Either way, I think it’s safe to say the Louisiana law was struck down today in one way or another,” Sobel said.

A remaining question is how broadly the high court’s ruling will be applied when looking at slightly different abortion laws and determining whether their benefit outweighs the burden placed on women. Whole Women’s Health looked at the two provisions in the Texas law specifically, but the decision could potentially be applied to other types of laws.

In a concurring opinion, Ginsburg wrote that Monday’s decision should be applied broadly to other abortion provider regulation laws.

“So long as this court adheres to Roe v. Wade … and Planned Parenthood of Southeastern Pa. V. Casey, … Targeted Regulation of Abortion Providers laws like H.B. 2 that ‘do little or nothing for health, but rather strew impediments to abortion’ … cannot survive judicial inspection,” Ginsburg wrote.

In a dissenting opinion, Thomas argued that the majority’s decision “perpetuates the court’s habit of applying different rules to different constitutional rights — especially the putative right to abortion.”

Had the court reached a 4-4 decision, the Texas law would have been upheld, but the decision would not have set precedent. It was expected that none of the four liberal justices would rule in favor of the state law.

“The Justices apparently saw what we already knew — that the Texas law under review and all those like it are never about protecting women,” Ilyse Hogue, president of NARAL Pro-Choice America, said in a statement. “They are about trying to ban abortion and undermining a woman’s dignity and ability to determine her own future.”