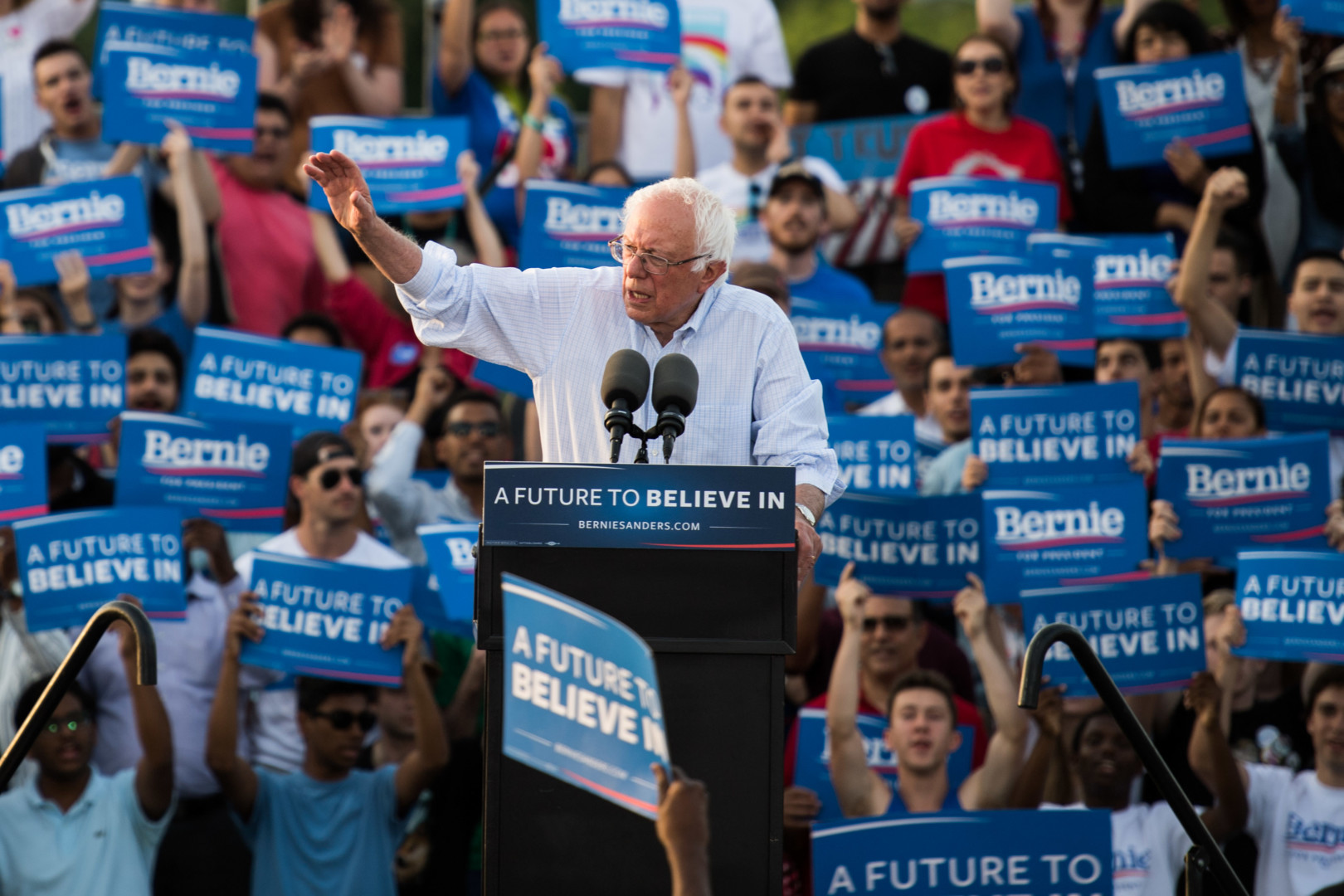 The draft Democratic Party platform does not blatantly swing leftward on health care, but it does give a slight nod toward Sen. Bernie Sanders (I-Vt.) and hard-line liberals by saying Americans should have access to public coverage. Like earlier platforms, it says health care is a right.

“Democrats will never falter in our generations-long fight to guarantee health coverage as a fundamental right for every American. As part of that guarantee, Americans should be able to access public coverage through Medicare or a public option,” the draft platform reads. “By contrast, Donald Trump wants to repeal the ACA, leaving tens of millions of Americans without coverage.”

Health care emerged as a surprising point of contrast between Hillary Clinton and Sanders during the Democratic primary. While Clinton is running largely on the Affordable Care Act, which accomplished Democrats’ long-awaited goal of health care reform, Sanders reignited the liberal dream of single-payer health care, or as he calls it, Medicare for all.

Sanders’ success in the primary and the subsequent rise in support for Medicare-for-all caught some by surprise. It was largely assumed that after the passage of Obamacare, the central campaign trail debate on health care would be between Republicans, who wanted to repeal it, and Democrats, who wanted to build on the law.

But a single-payer health care system has long been a popular idea among progressives. Many experts said Sanders gave a voice to liberals who thought their dream of single-payer had died with the passage of the ACA. While these liberals had grudgingly accepted Obamacare as better than nothing, Sanders’ rise brought the debate back to the forefront.

It’s unclear how heavily Sanders influenced Clinton’s own proposals. Over the course of the primary campaign, she updated her health platform to include support for giving states the ability to include a public option on exchanges. Including a public option in the health care law was popular among some Democrats as Obamacare was written, but ultimately couldn’t get the support among moderate Democrats to pass.

Clinton later voiced support for potentially lowering the Medicare eligibility age, allowing younger Americans to buy into the program. But at the end of the day, it’s difficult to determine whether the party platform looks significantly different than it would have without Sanders’ presence in the race.

“It’s hard to know for sure what effect Sanders has had. There is prominent mention of people being able to access public coverage through Medicare or a public option. Clinton has supported a public option for years, but the single payer proposal from Sanders likely pushed the idea more in the forefront,” said Larry Levitt, senior vice president of the Kaiser Family Foundation.

There are several areas of agreement between Clinton and Sanders mentioned in the platform, particularly prescription drug costs. Both candidates support policies such as capping out-of-pocket costs, allowing drugs to be imported from abroad and letting Medicare negotiate directly with drugmakers.

Notably, the Republican presumptive nominee, Donald Trump, also supports policies cracking down on drug costs, although his proposals are less detailed than either Democratic candidates. It’s becoming a common assumption in Washington that the next Congress and administration is likely to tackle drug costs in one form or another.

There are also several public health issues, such as mental health and substance abuse, included in the draft platform. Medical research and further emphasis on community health centers are included as well. All of these issues have generous support from both sides of the aisle.

“One thing that’s striking to me is how many issues on their list are probably issues where you could get some bipartisan efforts underway,” said Tim Jost, a liberal health economist supportive of the ACA.

The platform is the first produced by the party after the passage and implementation of the Affordable Care Act. This means it’s difficult to compare to previous platforms, which focused largely on coverage expansion. Now, central questions involve affordability and access in a post-ACA world, questions that didn’t exist until the past couple of years.

The document renews the party’s vow to extend Medicaid expansion to every state. Clinton has specifically proposed offering incentive for states to expand by covering the costs of the first three years of expansion in full, as Obamacare did for states which expanded Medicaid immediately. In non-expansion states, there’s a coverage gap for people who make too much to qualify for Medicaid, but too little to qualify for federal subsidies on exchanges.

There has also been heavy political attention given to out-of-pocket costs, particularly on exchanges. These costs include rising premiums, high deductibles and high co-pays. Clinton has proposed new funding and regulations to crack down on these costs, particularly as they relate to prescription drugs. The party platform vows more broadly to address affordability issues.

“We will keep costs down by making premiums more affordable, reducing out-of-pocket expenses, and capping prescription drug costs,” it reads. “Democrats will also work to end surprise billing and other practices associated with out-of-control medical debt that lead to unconscionable economic strain on American households. We will offer relief so Americans do not face high costs, and we will fight back against insurers trying to impose excessive premium increases.”