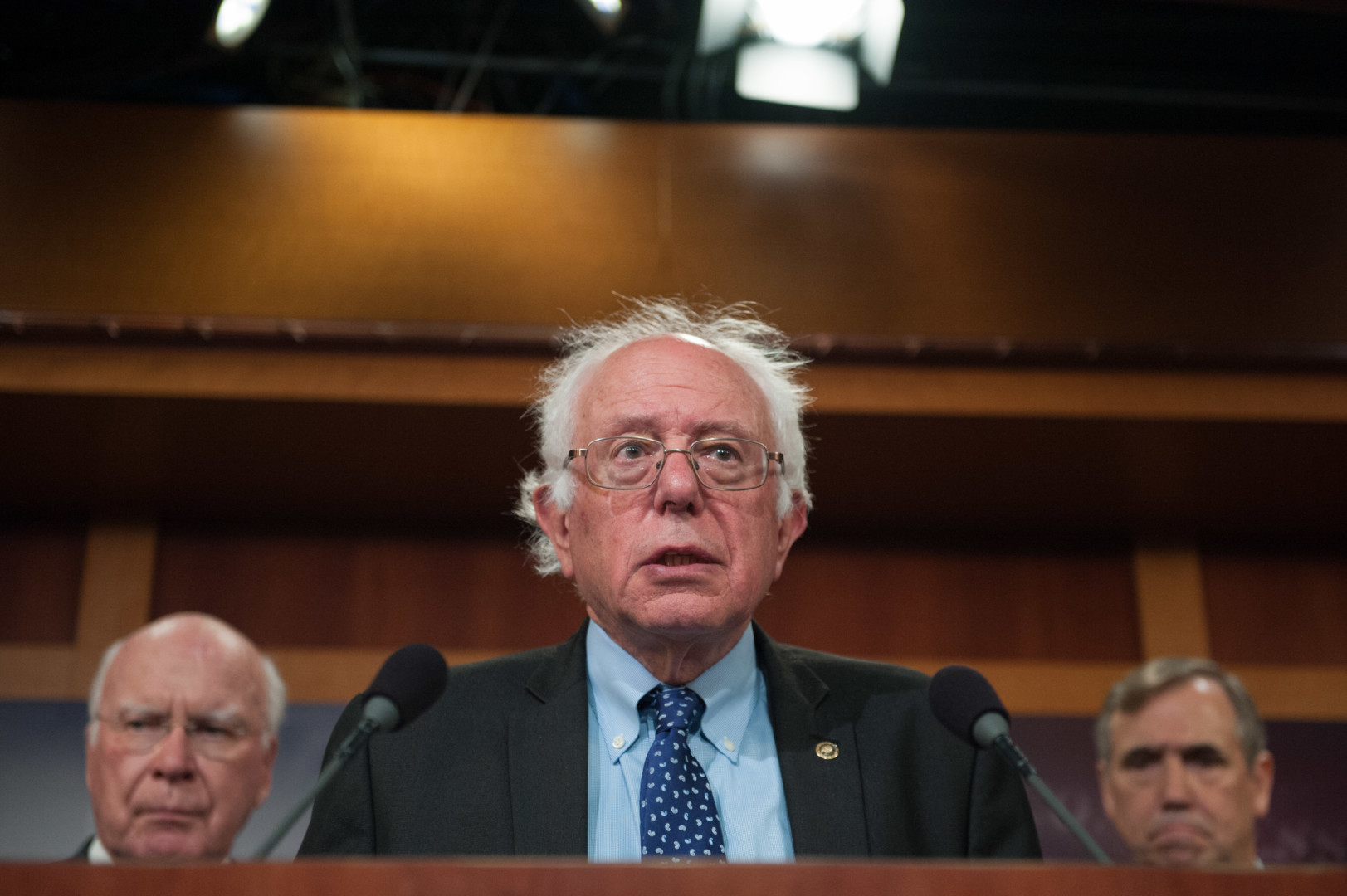 Since the release of the draft Democratic platform for this election cycle, partisan Democrats have lauded it as the most progressive in the history of the party. On trade, however, Sen. Bernie Sanders (I-Vt.) and his allies are actively pushing for the platform to include stronger language that makes clear the party’s opposition to the controversial Trans-Pacific Partnership agreement.

The current platform language on TPP states that “there are a diversity of views in the party.”

Part of this push will include an effort to amend the draft at a final meeting of the platform’s drafting committee scheduled for Friday and Saturday in Orlando, Fla. Congressional Progressive Caucus Co-Chairman Keith Ellison of Minnesota, an early Sanders endorser and a member of the drafting committee, told Morning Consult it will be his top priority to offer amendments to intensify language opposing TPP and the current model of trade policy at that meeting.

The push will come in the wake of Ellison’s earlier failed efforts to amend the draft with a flat-out opposition of the TPP. At a June 24 drafting meeting in St. Louis, he argued that since Sanders and likely Democratic nominee Hillary Clinton are on the record as opposing the trade deal, the platform should reflect that opposition as a stance of the party as a whole.

The platform now doesn’t include outright opposition to TPP. “Many Democrats are on record stating that the agreement does not meet the standards set out in this platform; other Democrats have expressed support for the agreement,” the platform draft states. “But all Democrats believe that any trade agreement must protect workers and the environment and not undermine access to critically-needed prescription drugs.”

Rep. Luis Gutiérrez of Illinois, a Clinton supporter who is also on the platform committee, said although he opposes TPP, he doesn’t want the platform to contain such a strong rebuke to Obama, who has pushed hard for Congress to approve the 12-nation deal. The platform committee’s chairman, Rep. Elijah Cummings of Maryland, opposed Ellison’s amendment for similar reasons.

“I don’t want to do anything, as he ends his term, to undercut the president of the United States,” Cummings said at the earlier drafting meeting.

An op-ed that Sanders wrote for Sunday’s Philadelphia Inquirer provided a hint of what Ellison’s amendment push might look like. The Vermont senator and presidential candidate called the current draft an “excellent start.” He then spent a substantial portion of the piece focusing on how the committee could improve the draft’s language on trade, most notably by including opposition to consideration of the deal in a lame-duck session of Congress.

“Clinton, during the campaign, made it very clear that she did not want to see the TPP appear on the floor during the lame-duck session,” Sanders wrote. “If both Clinton and I agree that the TPP should not get to the floor of Congress this year, it’s hard to understand why an amendment saying so would not be overwhelmingly passed.”

On Thursday, Sanders’ campaign listed an amendment opposing a TPP vote in the lame duck session “and beyond” as the Vermont senator’s number-one priority at the Orlando meeting.

Bill Reinsch, a pro-TPP trade expert and distinguished fellow at the Stimson Center, predicted that the effort to go beyond the current draft language will fall short because of the loyalty to Obama from members such as Cummings and Gutiérrez.

“I just don’t think the party is going to adopt language that embarrasses and repudiates the sitting president,” Reinsch told Morning Consult. He noted that Obama has stronger favorability ratings than both Clinton or Donald Trump, the presumptive Republican nominee and a vocal opponent of TPP.

Ellison disagrees with that notion. He told Morning Consult that the focus shouldn’t be on Obama and instead should reflect the views of rank-and-file party members who made clear that TPP irks them.

“I am a huge supporter of President Obama, but this platform is about the Democratic party, not just one person,” Ellison said. “It is the position of the Democratic party that we don’t like TPP. I think it’s really more of a question of, ‘Why isn’t the president listening to his party?’ As opposed to, ‘Why aren’t we protecting his legacy?'”

Even if the Sanders-Ellison push fails in Orlando and at the convention in Philadelphia, both Reinsch and Simon Lester, a free-trade advocate and analyst at the libertarian Cato Institute, said this year’s platform is notably more skeptical than previous iterations.

In 2012, when the TPP was a nascent agreement and negotiations had barely started, the DNC platform focused on boosting exports while respecting labor and environmental rights. This year’s platform omits the focus on exports and instead lists the many complaints about existing trade frictions such as currency manipulation, dumping and unfair state subsidies.

“The language reflects a great deal of skepticism, but the pro-trade people are still trying to keep it positive enough so that it doesn’t fall apart,” Lester said of this year’s draft language.

This story has been updated to include Sanders’ proposed TPP platform amendment.