Why Going Negative Is Clinton’s Best Bet Against Trump

Negative ads are a hallmark of American politics, and the public’s reaction to the first television ads launched by Hillary Clinton reinforces the theory that they are also the most persuasive to voters.

The presumptive Democratic nominee rolled out three new ads in June as she moved into the general-election phase of her campaign. Morning Consult used dial-test analysis, which allows voters to react positively or negatively – in real time – to the ads to gauge their relative efficacy.

One of Clinton’s three commercials, titled “Who We Are,” uses negative images of her Republican rival Donald Trump. It juxtaposes positive messages and images of Clinton’s togetherness with clips of the turgid businessman’s combative and antagonist style on the campaign trail. In the clips, Trump is shown apparently advocating violence against protesters and mocking a reporter with a disability. 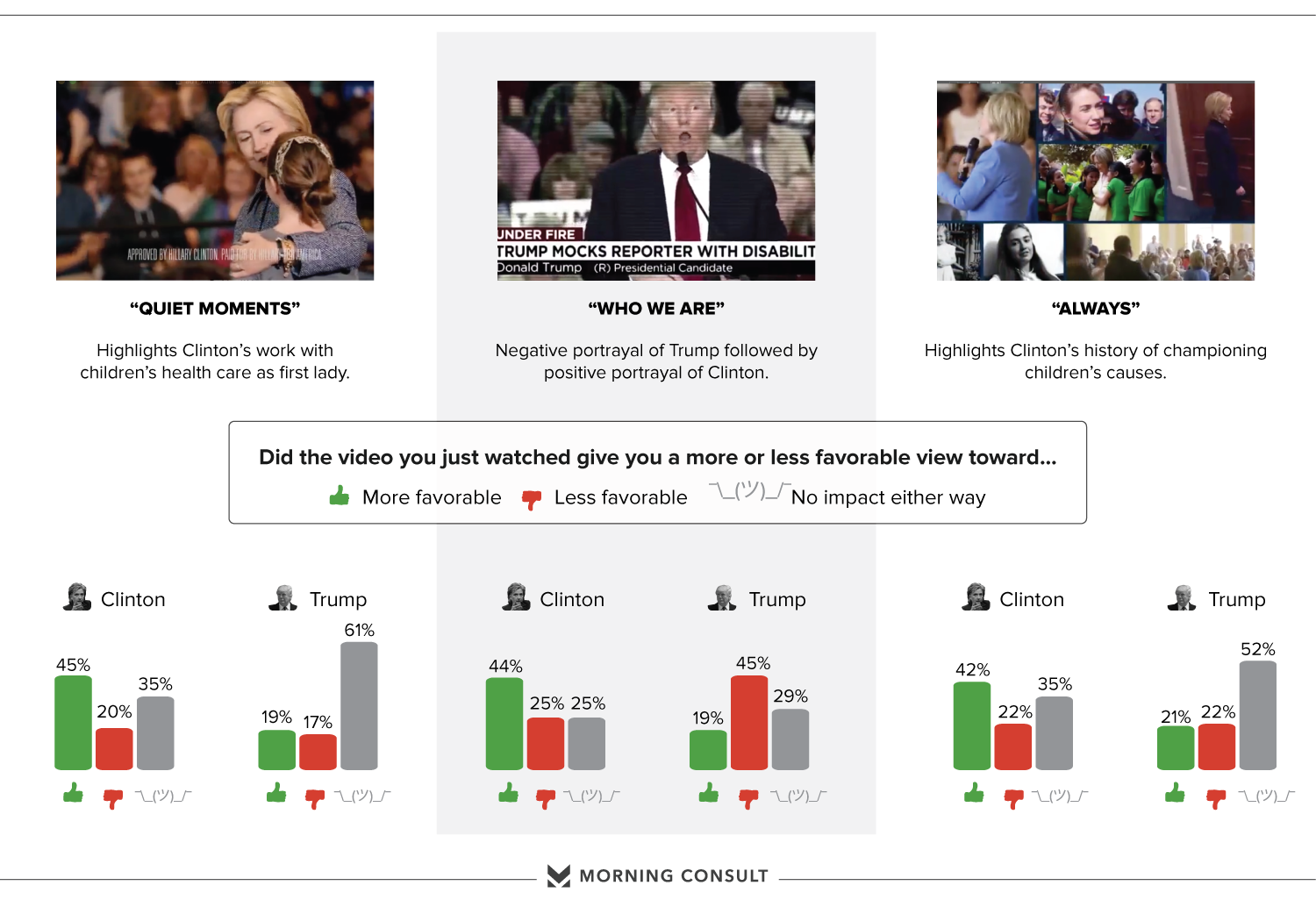 The negative ad proved most effective among voters, according to the analysis, with 44 percent of respondents saying it gave them a more favorable view of Clinton. About the same percentage (45 percent) said it gave them a less favorable view of Trump. The dial tests showed that the portions of the ad featuring Trump clips elicited dramatically negative responses from viewers.

In an election year featuring two of the most unpopular presidential candidates of all time, the analysis underlines the argument that Clinton would do well to focus attention on the unsavory aspects of her opponent.

The other two Clinton ads — “Always” and “Quiet Moments” — are positive, biographical commercials highlighting her history of championing children’s causes. The spots drew positive responses, with 45 percent of voters saying that “Quiet Moments” made them view Clinton more favorably. About the same proportion (42 percent) said the same for “Always.”

But, those ads also did little to affect their views on Trump. More than half of respondents said the ads made no impact on how they viewed the presumptive GOP nominee. Plus, roughly 35 percent of respondents said both of Clinton’s positive spots had no impact on their view of the former secretary of State, compared with 25 percent on “Who We Are.”