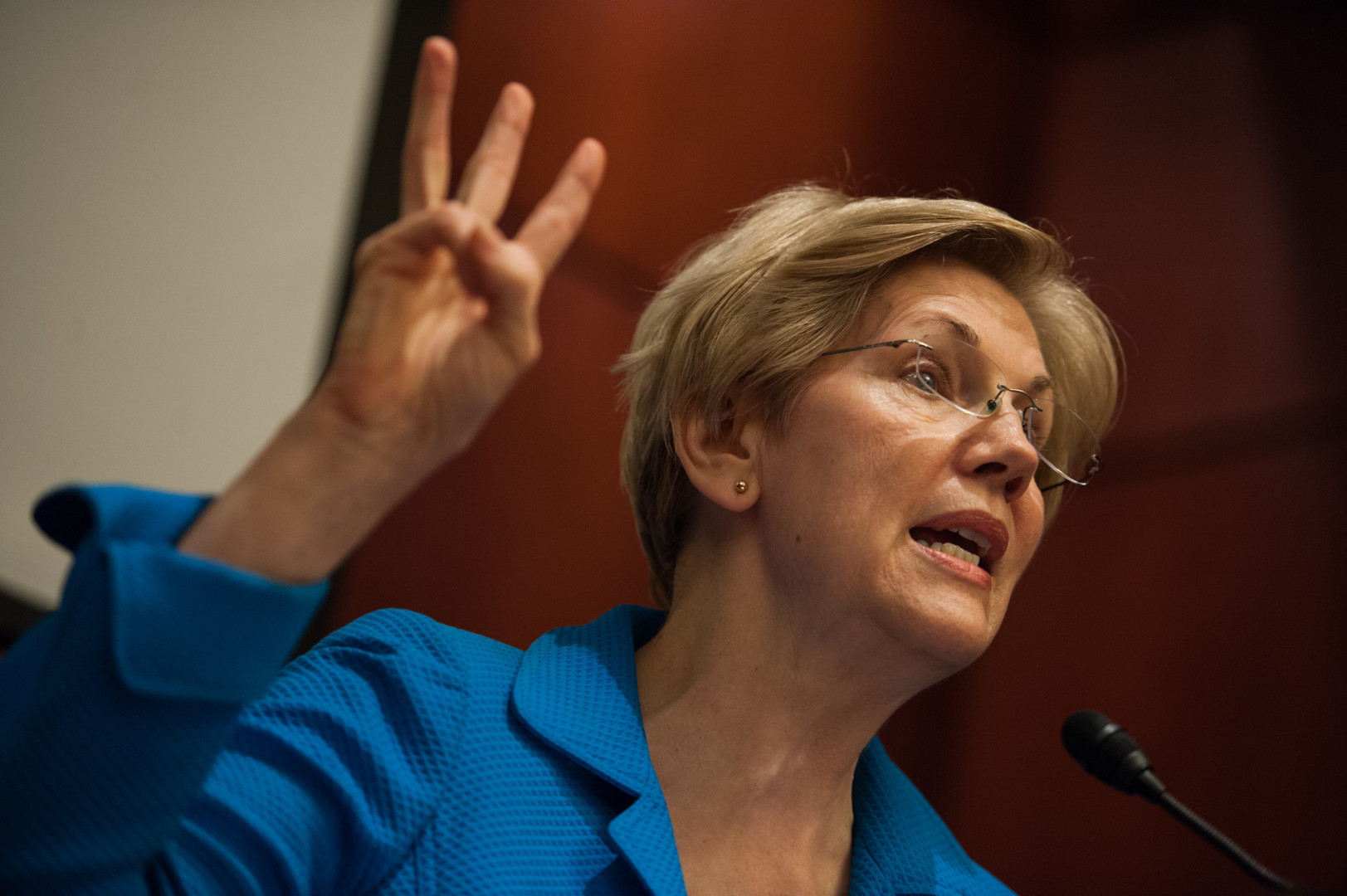 Democrats who have pushed for the Federal Reserve to improve racial and gender diversity on its governing institutions got a boost this month with the inclusion of language in the Democratic Party’s draft 2016 convention platform advocating for improved Fed diversity.

The platform says Democrats will “reform the Federal Reserve to make it more representative of America as a whole.” The item appears to be a nod to more than 100 Democrats, led by Sen. Elizabeth Warren of Massachusetts and Rep. John Conyers of Michigan, who have spent the last several months pushing the issue. These Democrats have questioned Fed Chair Janet Yellen about it at hearings, and they sent her a letter in May with 127 signatures. That letter pointed to a study that found that 83 percent of Fed board members are white.

Even though the Democratic platform indicates the party’s endorsement of Fed diversity, congressional Democrats have not pushed hard for legislation to compel the Fed to hire people from more diverse backgrounds. “By continuing active and constructive dialogue with the Fed, I think we mitigate the need for that kind of strategy to be employed,” said Eric Harris, a spokesman for Rep. Gwen Moore of Wisconsin, the ranking Democrat on the House Financial Services subcommittee on monetary policy and trade. Moore signed the Warren-Conyers letter.

Republican lawmakers who control the committees overseeing the Fed agree on that point. They also don’t think legislation is the best way to encourage improved diversity. Rep. Bill Huizenga of Michigan, the chairman of the Financial Services monetary policy subcommittee, told Morning Consult he sees Fed diversity as just a messaging tactic for Democrats. He generally agrees that the Fed could draw officials from more diverse backgrounds, but he said it’s not an issue that Democrats have actually discussed with him.

“It ought to be a meritocracy, in my mind, in that we want people who know what they’re talking about in that space to be there — regardless of skin color, regardless of their sex,” Huizenga said. “If we’re doing mandatory anything based on someone’s skin color or sex, that gets us on thin ice on a lot of different levels.”

In addition to many Democrats, there is support for improving Fed diversity on the right. In a June blog post, Cato Institute Director of Financial Regulation Studies Mark Calabria wrote that geographic diversity on the central bank could improve its functioning. According to him, the Fed’s monetary policy too often reflects the views of academics who normally originate in the country’s Northeast.

Calabria didn’t focus as much on racial diversity as on geographic diversity, “educational diversity, and diversity of professional experience.” He said tweaking existing laws governing Fed board appointments could improve diversity, along with some other measures.

“Slowing the revolving door between the Fed, Treasury, and finance could also increase diversity,” Calabria wrote. “I would suggest we ban from consideration for Fed nomination anyone who has served in the executive branch in the previous six years and impose a similar ban for those working for institutions regulated by the Fed.”

Alice Rivlin, a former Fed vice chair and senior fellow at the Brookings Institution, recalled how the Fed’s staff changed positively in the late 1990s when a cohort of people of color and women made their way into senior positions. She told Morning Consult in an interview that the Fed, “like other agencies, should be as diverse as possible.” She questioned, however, that there would be much long-run impact from greater diversity on Fed decisions.

“I think diversity is very important, but its awfully hard to see how a more diverse board would change monetary policy,” she said. “When the board is actually discussing monetary policy, there may be differences in view of what’s happening to the economy, but its pretty non-ideological.”