Pence Tries Out His Wednesday Speech to Cheers, Some Trump Skeptics 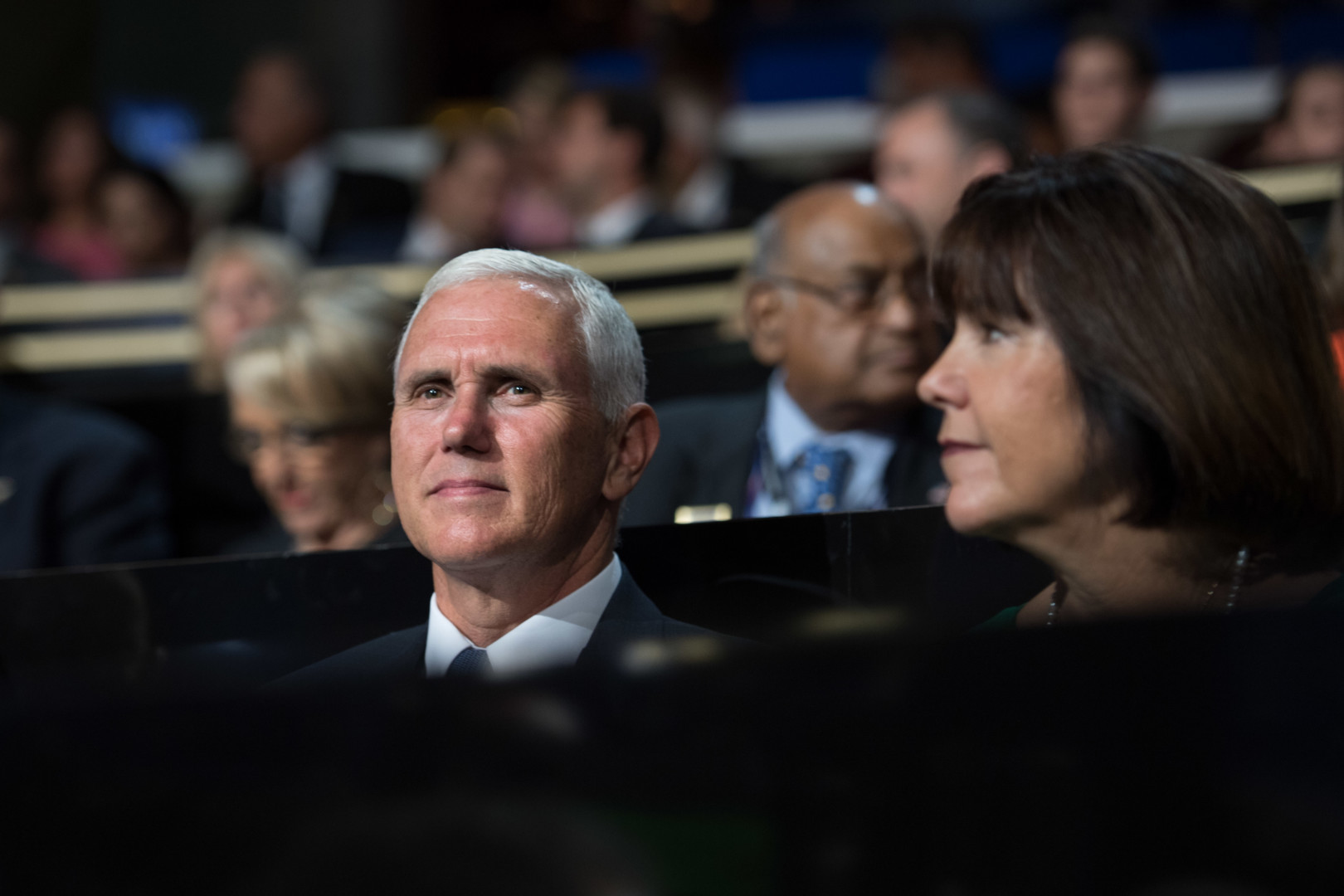 CLEVELAND — Mike Pence, Donald Trump’s vice presidential running mate, made a surprise appearance Tuesday in what may have seemed the unlikeliest of places. His motorcade rolled up to an event sponsored by the American Conservative Union Foundation and the National Rifle Association, where panelists had spent the morning talking about how conservatives can grapple with a presidential nominee who routinely ducks their orthodoxy.

Before the “surprise” luncheon keynote speaker arrived, ACU Chairman Matt Schlapp opened the two-hour event by describing his organization’s occasional misgivings with the Republican Party. “We are Americans first, conservatives second, and Republicans third,” he said. “We love the elephant symbol when it does the right thing. Sometimes the elephant makes a mess in the middle of the street.”

After hearing from Sen. Mike Lee (R-Utah), who has repeatedly voiced concerns about Trump, NRA Executive Director Chris Cox introduced Pence as attendees were still working on plates of pasta and chicken supplied by the Cibreo Italian Kitchen.

Pence opened by discussing his conservative accomplishments in Indiana, “the largest state tax cut” and “the largest school voucher program.” (He didn’t mention his fumbles over the Religious Freedom Restoration Act.)

But Pence’s best lines, clearly being tried out for Wednesday night’s keynote address to the Republican National Convention, were about Trump. There was an audible gasp  in the crowd — perhaps from surprise — when he compared Trump to GOP voters’ favorite Republican.

“His heart beats with the heart of the American people,” Pence said of Trump. “I have a sense of this man, and I have a sense of his hands-on style of leadership, and for all the world, he reminds me of Ronald Reagan. He never lost the common touch.”

Reagan and Trump have a few things in common. Both have an entertainment background. Both have a distinct way of talking to people. There is a difference, though, other Republican strategists acknowledge. While Reagan was considered “the great communicator,” Trump turns many people off as he excites others.

“There is a social discomfort with Trump, with the way he talks,” said Heather Higgins, president of Independent Women’s Voice.

But Lee — and others who spoke at the event — attempted to reinforce the idea that Trump may sound gruff, but he is saying things that conservatives should rally around. For example, Sen. Jeff Sessions (R-Ala.) said it makes no sense for Germany to devote less than 2 percent of its GDP to defense and then turn to the United States for defense help under the North Atlantic Treaty Organization.

But on some issues, it’s harder for conservatives to agree with Trump. A conservative economist in the audience emphatically protested to Sessions she has been a Republican “since birth,” but she can’t accept Trump’s protectionist trade policies. Sessions said the United States needs to negotiate better agreements.

By the time Pence arrived, however, the discussion had turned into a rally. Pence, for his part, self-deprecated, talking about a few of his lost campaigns, how he used to be a Democrat, culminating in a story of meeting Reagan with his wife in the blue room of the White House. “I felt like I was talking to Mt. Rushmore,” he said.

Reagan, Pence said, evoked the humility of a leader who was given the job of sitting in the bridge of a ship that the “American people” chose to set right.

Trump may not be able to get away with that level of modesty, but Pence brought enough for the two of them. “I came over on my first trip in a motorcade,” he said. “I stepped out in the alley and saw a line of cars, and I said, ‘Are they all with us?'”