What Helps (and Hurts) Mike Pence With Voters 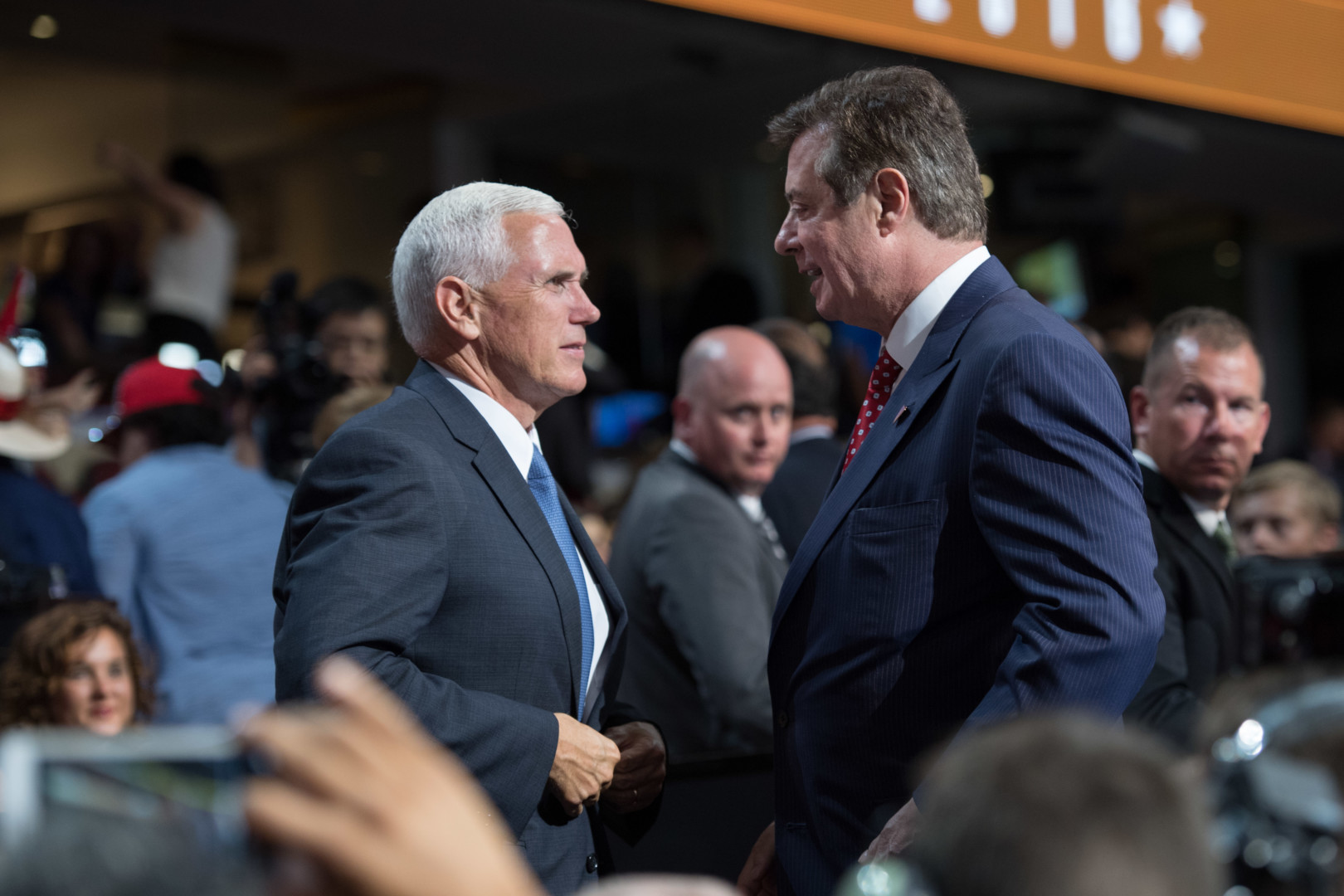 CLEVELAND – When Indiana Gov. Mike Pence addresses delegates here on Wednesday evening, he would do well to highlight his efforts to lower taxes and balance the budget in his home state, according to a new Morning Consult survey taken over the weekend. If he wants to tout his views on infrastructure, that will play well across the board.

About half of self-identified independent voters — the key to this presidential election — say they have a better impression of Pence when they know that Indiana had a $210 million budget surplus at the end of 2015 and that Pence lowered property taxes and corporate income taxes; 49 percent of independents said the budget situation made them view Pence more favorably, and 51 percent said the same of the tax cuts.

Those two messages about Pence also had the most positive impact on Democrats, Republicans and the population at large.

But the poll, which tested 20 various positive and negative messages about Republican presidential candidate Donald Trump’s running mate, also found that 55 percent of voters say Trump’s selection of Pence had no impact on whether they were likely to vote for him.

Surveys that test messages, such as this one, are used by campaigns to decide which issues their candidates should highlight because they reveal what can sway a voter. 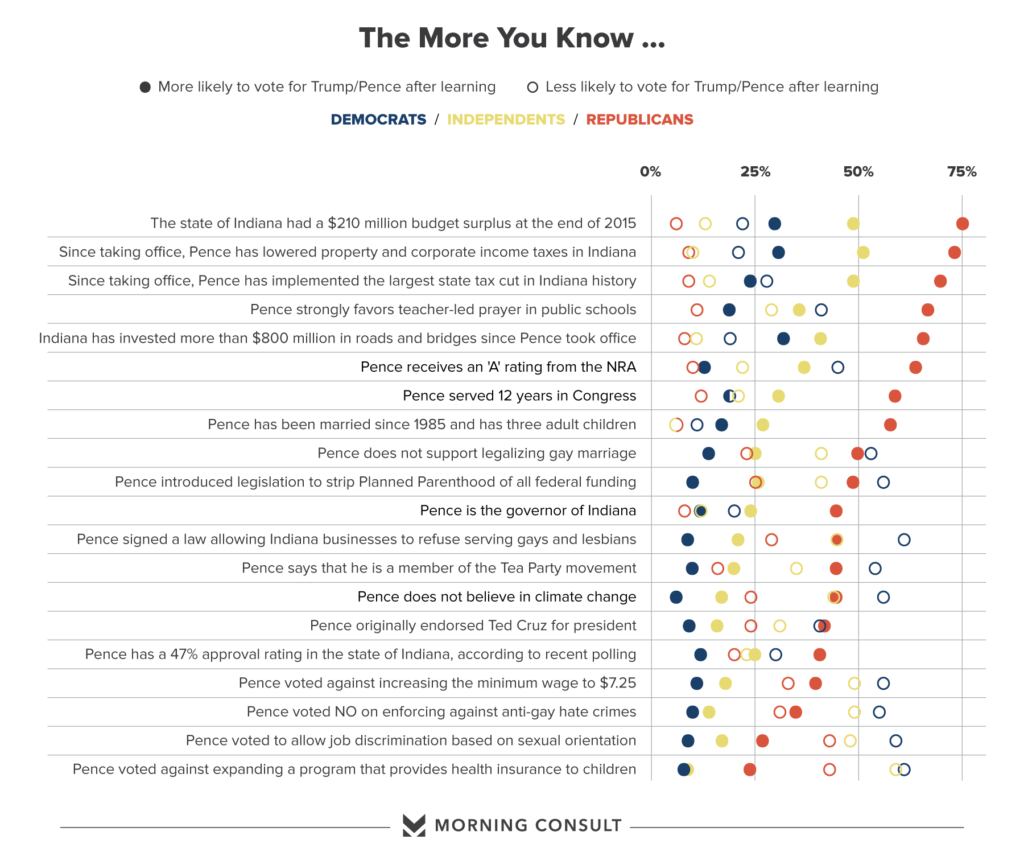 With Pence, it’s a mixed bag. Before they saw the messages, both positive and negative, 29 percent of voters said Pence was an excellent or good choice for Trump, while 31 percent said he was a fair or poor choice.

After receiving the same set of messages, favorability dropped; 47 percent of voters said Pence was a fair or poor choice, while 33 percent said he was a good choice.

A healthy majority of independents (59 percent) said they had an unfavorable impression of Pence when they learned that he voted against expanding the Children’s Health Insurance Program, a government program that provides health insurance to children.

When respondents were told that in 2009, Mike Pence voted against anti-gay hate crimes and that in 2007, Pence voted to allow job discrimination based on sexual orientation, about half of voters said they had a less favorable view of him. The two messages also had a negative impact on almost half (49 percent) of independents.

And yet one-third of Democrats had a better impression of Pence when they were told that Indiana has invested more than $800 million in roads and bridges since he took office.

Pence’ s support of the “Religious Free Restoration Act” in Indiana, a controversial law  that allowed businesses to refuse service for gays and lesbians, gave 45 percent of Republicans a better impression of him, but it had the reverse impact on independents. Almost two-fifths of independents (38 percent) said Pence’s support of the law gave them a much less favorable impression of him, and another 7 percent said they viewed him somewhat less favorably. Only 21 percent of independents viewed Pence more favorably as a result of signing this law.

Messages touting Pence as a family man, a 12-year congressman, or even his support by the National Rifle Association had little sway on voters.

The national Morning Consult survey polled 2,002 voters from July 14-16 for a margin of error of plus or minus 2 percentage points. See the toplines and crosstabs.