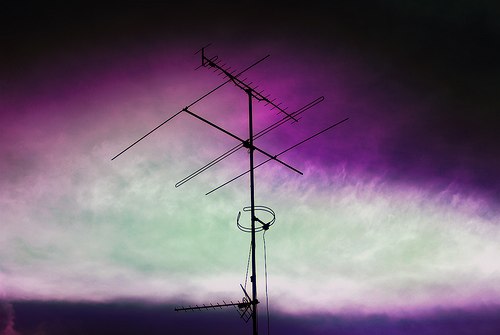 But the Republicans’ calls for harsher immigration policies, combined with a lack of engagement from Donald Trump, are overshadowing what appeared to be an extension of a GOP olive branch to the United States tech sector.

“I do think the tech industry would say the platform is nice, but the proof is in the pudding of what the candidate wants to do. That’s who’s running the country, not the party, per se,” Rob Atkinson, president of the Information Technology and Innovation Foundation, told Morning Consult. “What we’ve seen really in the last six months is that Trump and the party are not the same.”

That discord was echoed by Ed Black, president and chief executive of the Computer and Communications Industry Association, which represents companies such as Amazon.com Inc. and Google Inc.

“For good or ill, the reality seems to be that there is little reason to believe that the Republican presidential candidate and the platform of the Republican party are mutually trustworthy as guides to what might actually unfold in a Republican controlled federal government,” Black wrote in an email to Morning Consult. “The contradictions expressed during the course of the campaign leave folks unsure as to what might really evolve as policy priorities and initiatives.”

Atkinson said the tech industry is looking for Trump to make a major speech discussing technology or to draft a detailed tech agenda, as presumptive Democratic nominee Hillary Clinton did a few weeks ago.

“If he doesn’t do that, that’s going to leave a lot of doubt in the tech community’s mind of just, ‘Is this guy going to care at all about tech?’” Atkinson said.

That tension is already showing.

“We’re hopeful the platform’s inclusion of these issues means we’ll soon see a detailed policy agenda from the Trump-Pence campaign, outlining its specific positions and priorities on technology and innovation,” said Gray Shapiro, president and chief executive of the Consumer Technology Association, in a statement.

CTA represents more than 2,200 tech companies, including Apple Inc., Facebook Inc., and Uber Technologies Inc. The group has pressed the Trump campaign to publish a tech agenda of some kind.

In the meantime, there is still a lot in the party platform that’s appealing to the tech community.

Shapiro applauded the GOP for “rightfully acknowledging the ‘digital revolution’ and the critical roles technology, innovation, and trade play in driving our economy.”

One section of the platform proclaims the necessity to “protect intellectual property rights and preserve freedom of contract rather than create regulatory barriers to creativity, growth and innovation,” with a specific nod to the digital economy.

Another section promises to protect digital privacy. “No matter the medium, citizens must retain the right to communicate with one another free from unlawful government intrusion.”

The platform also calls on a Republican president and Congress to develop a solution to the encryption issue, though it doesn’t commit to promoting enhanced encryption.

Black wishes the platform reflected the positive aspects of encryption on security, but he said it’s encouraging to see “a clear recognition of the benefits of encryption for users and the digital economy.”

Overall, the platform serves more as a marker for the GOP’s ideology moving toward the November election than a detailed policy agenda. The technology section is broader than it’s ever been, and the proposals have been cautiously well received among tech advocates.

“There are a lot of thoughtful points in this platform,” Atkinson said. “It appears that they went out of their way to give tech issues more attention than they might have in the past.”

“We are encouraged by the party’s goal of creating a business climate that promotes innovation – allowing the sharing economy to compete in an open and competitive market, ensuring access to spectrum to meet our demand for anytime/anywhere connectivity, and encouraging the innovation needed for the Internet of Things to thrive,” Shapiro said.

These policies in the platform appear to be intended to endear a tech community that has drifted away from Trump.

But the Republican party’s stance on immigration is a major departure for the tech community. While the GOP agrees that it wants to recruit skilled personnel to fix government systems, some tech leaders are concerned that the platform doesn’t talk about foreign skilled workers, a big deviation from past election years.

“On immigration, the general tone is unwelcoming, yet the tech industry and U.S. economy have benefited greatly from contributions of immigrants,” Black said.

For Atkinson, omitting the need for highly skilled foreign workers “suggests that they’ve caved to the nativists in the party on that question.” He added that it’s new for the GOP to put forward an official party position that won’t embrace the “liberalization” of high-skill immigration.  That could perturb the industry.

“It’ll cause some heartburn in the tech community that Republicans appear to have abandoned that,” Atkinson said.

Some sections of the platform touch on more controversial areas that tend to fracture the tech community. One section lambasts the Federal Communications Commission for its 2015 net neutrality rules. It also criticizes the federal government’s plan to transition the governing body for the internet’s domain naming system, the Internet Assigned Numbers Authority, away from U.S. control.

Black cited “the mischaracterization of the IANA functions transition, condemnation of the Open Internet Order and net neutrality, and promotion of maximalist IP enforcement” as troublesome policy stances for the tech community.

“If tech policy shifted as the GOP specifies on these issues, the Internet would not be as open or competitive, which would impact access to information and the digital economy,” Black added.