Photo of the Day: By the Sweat of His Brow 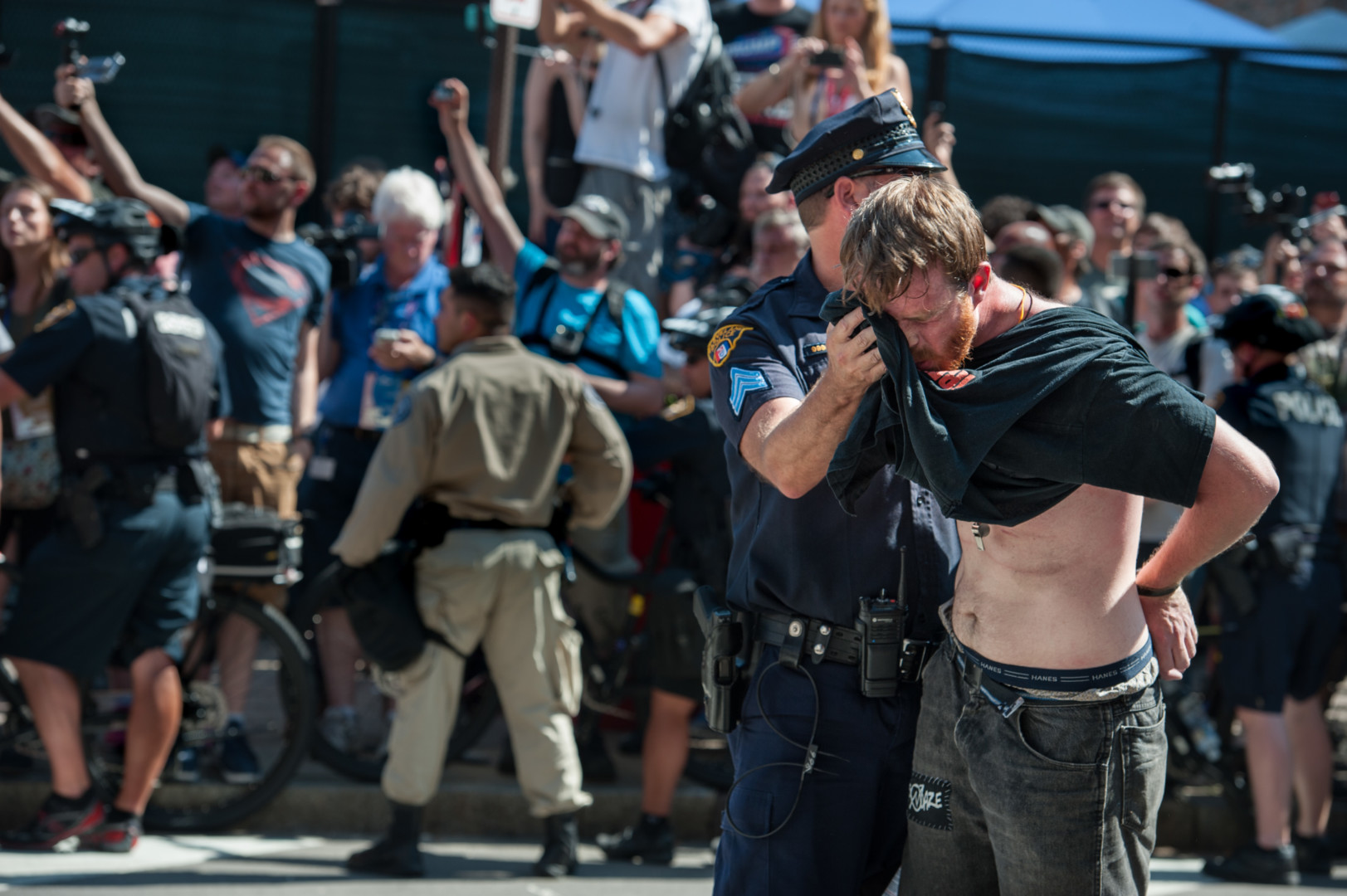 After a flag-burning protest devolved into a melee on Wednesday, a Cleveland police officer helped an arrested protester wipe the sweat from his brow. Several protesters caught on fire from the burning flag, prompting firefighters and police to move in, Cleveland Police Chief Clavin Williams told NBC News. The protesters then got defensive, Williams said, and a scuffle broke out. Police arrested 17 people and charged two of them with assaulting an officer. Williams said two police officers were injured in the confrontation, which was the most dramatic clash this week.