CLEVELAND — Hillary Clinton is a grandma who is subjected to ridicule for her clothing and even her figure, judging by the street vendors hawking wares here at the Republican National Convention.

But that’s not fazing younger voters, according to national poll results from Morning Consult.

Clinton also has locked up the older, non-white voting bloc. About three-fourths of Hispanic, African American, or other non-white voters over 35 say they will vote for the former secretary of state. By contrast, the percentages for Trump among these older minorities barely clears 10 percent. 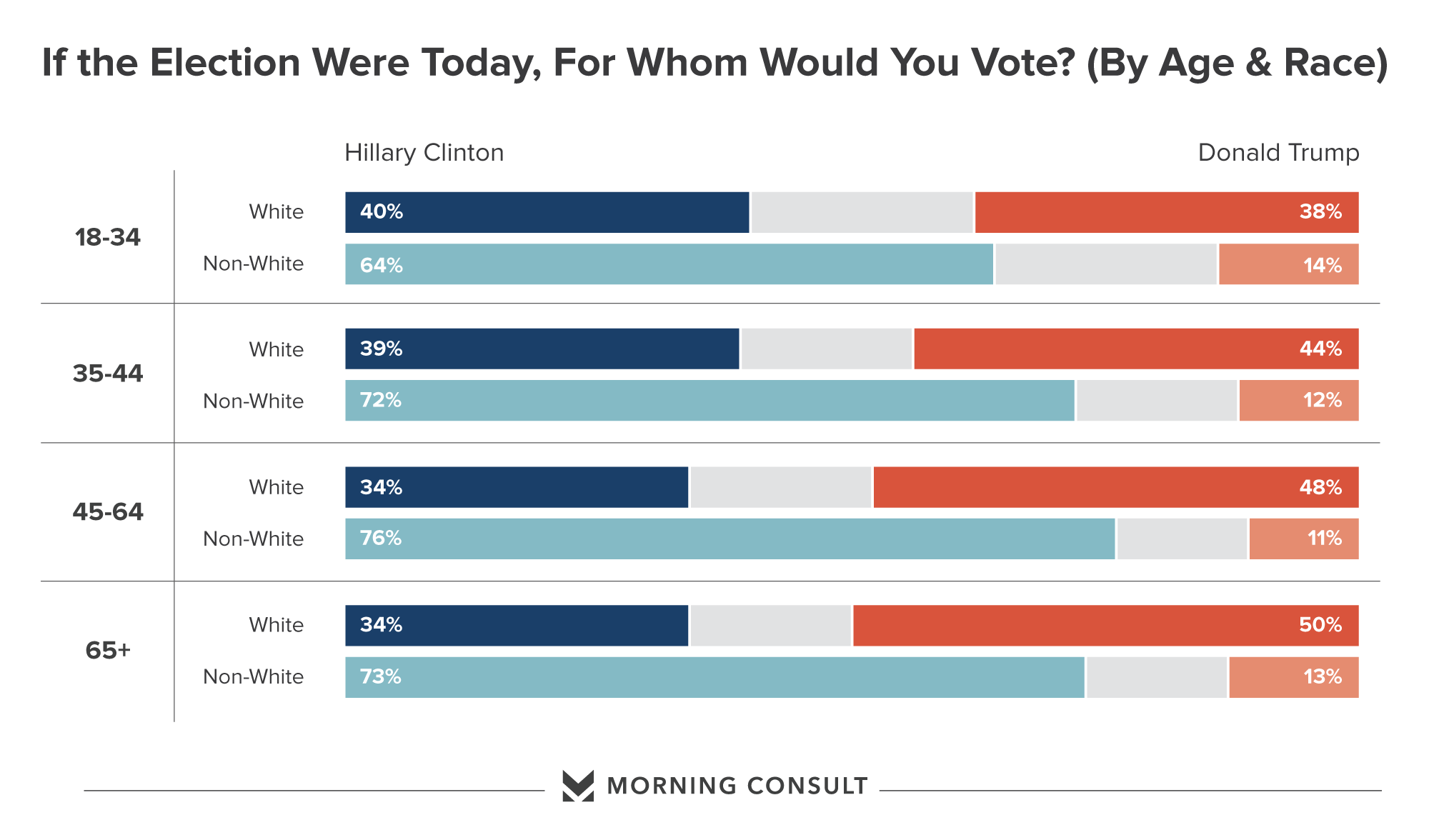 Notably, almost one-fourth of all of the youngest voters (23 percent) don’t know or have no opinion about how they would vote for president. Their lack of decision will make little difference if they opt not to visit the ballot box in November, which is probably what will happen. (Younger voters are far less likely to vote than citizens between the ages of 30 and 64.) But if the younger voters suddenly decide to go for Trump, it could swing the balance in his favor.

Young voter turnout was a major push for the Obama campaign in 2012. The assumption among Democratic strategists at the time was that getting younger citizens to cast votes was most important; they figured most of them would vote for the Democratic candidate. They needn’t have worried. President Obama wound up capturing 60 percent of the voters in the 18-to-29 age group, with 19 percent of them turning out at the ballot box.

This poll was conducted from June 1-July 14, 2016, among a national sample of 23347 registered voters. The margin of error is plus or minus 1 percent.