PHILADELPHIA – If Republicans focus heavily on Tim Kaine’s political perks, they might be able to dampen the Democratic vice presidential candidate’s favorability among voters, and in turn, Hillary Clinton’s campaign for the presidency, a new Morning Consult survey finds.

Among the most pungent of the 25 messages Morning Consult tested against the Virginia senator were the facts that he legally accepted $150,000 in gifts and $18,000 for a Caribbean vacation from a Virginia investor while he was governor of Virginia.

Of the 25 positive messages that Morning Consult tested, independent voters were impressed by Kaine’s removal of oil subsidies and his support for same-sex marriage. 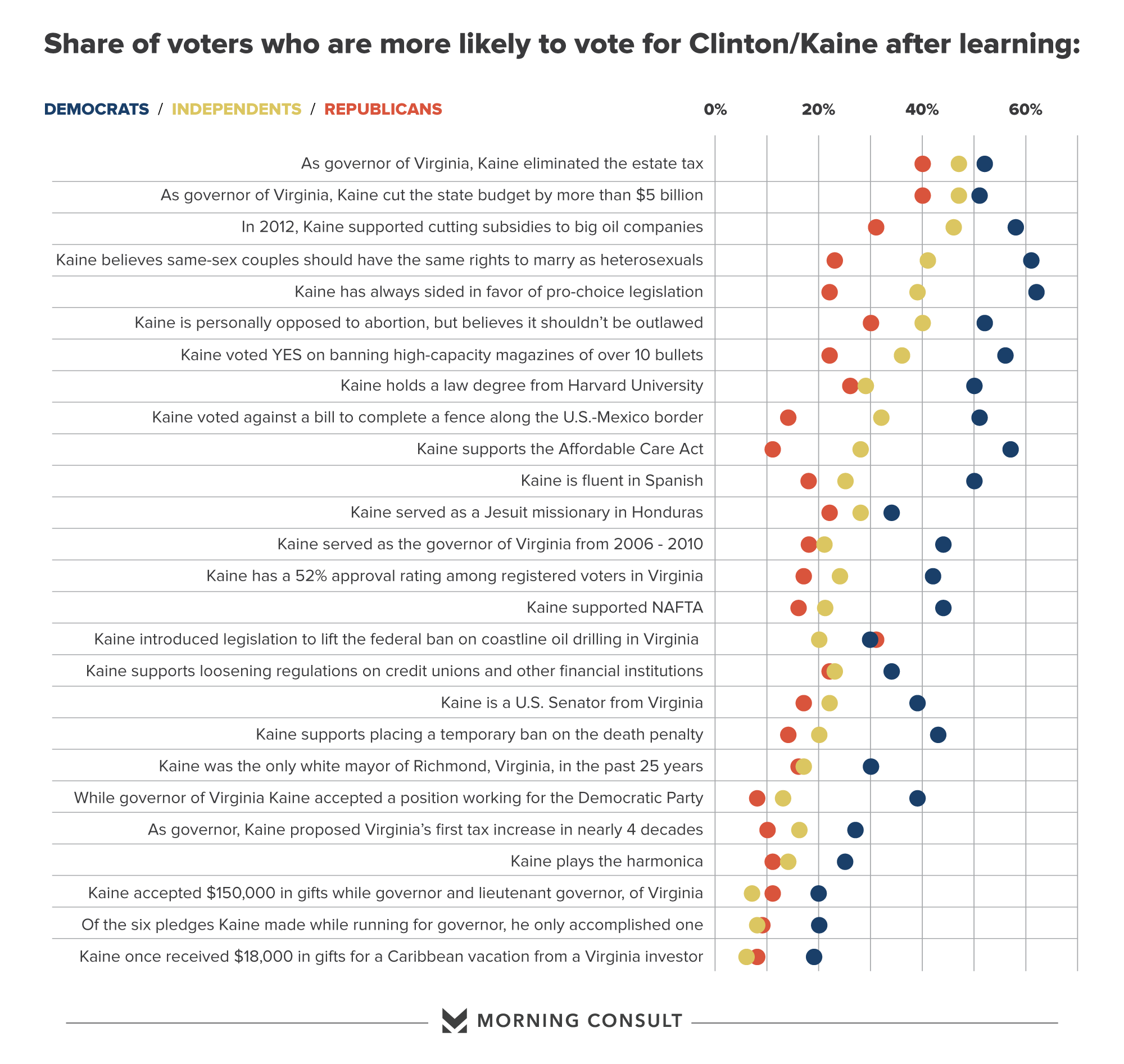 Republicans have already tried to capitalize on Kaine’s gifts. Soon after Clinton tapped him as her running mate, Donald Trump’s presidential campaign unveiled another one of its nicknames for his rivals: “Corrupt Kaine.”

But that is not the only negative message that works against Kaine. As governor, he made six campaign promises to Virginia voters but only succeeded in accomplishing one of them. Half of independent voters said that left them with a less favorable view, compared with 58 percent of Republicans and 43 percent of Democrats.

Along with the budget and tax messages, independent voters were wooed by Kaine’s support for eliminating subsidies for oil companies in 2012, as well as his support for same-sex marriage.

Democrats were most impressed by Kaine’s score of 100 from Planned Parenthood, meaning that he has sided in favor of abortion-rights legislation every time it’s been put in front of him. The message left more than six out of 10 Democrats (62 percent) with a better view of him.

By the end of the weekend, almost six out of 10 (57 percent) voters had heard at least something about Clinton choosing Kaine as her running mate.

The poll surveyed 2,502 registered voters from July 22-24 and has a margin of error of plus or minus two percentage points. See the toplines and crosstabs.