Clinton said today she wants to clamp down on the use of forced arbitration clauses in consumer contracts. (Rob Kunzig/Morning Consult)
By Eli Yokley

But among voters who did not ever attend college – working class Americans to whom the Democratic Party hopes to appeal during its convention here this week – the race is nearly tied.

The survey, which interviewed more than 23,000 registered voters from June 1 through July 14, found Clinton with a 17-point lead over Trump, 51 percent to 34 percent, among voters with post-graduate degrees. 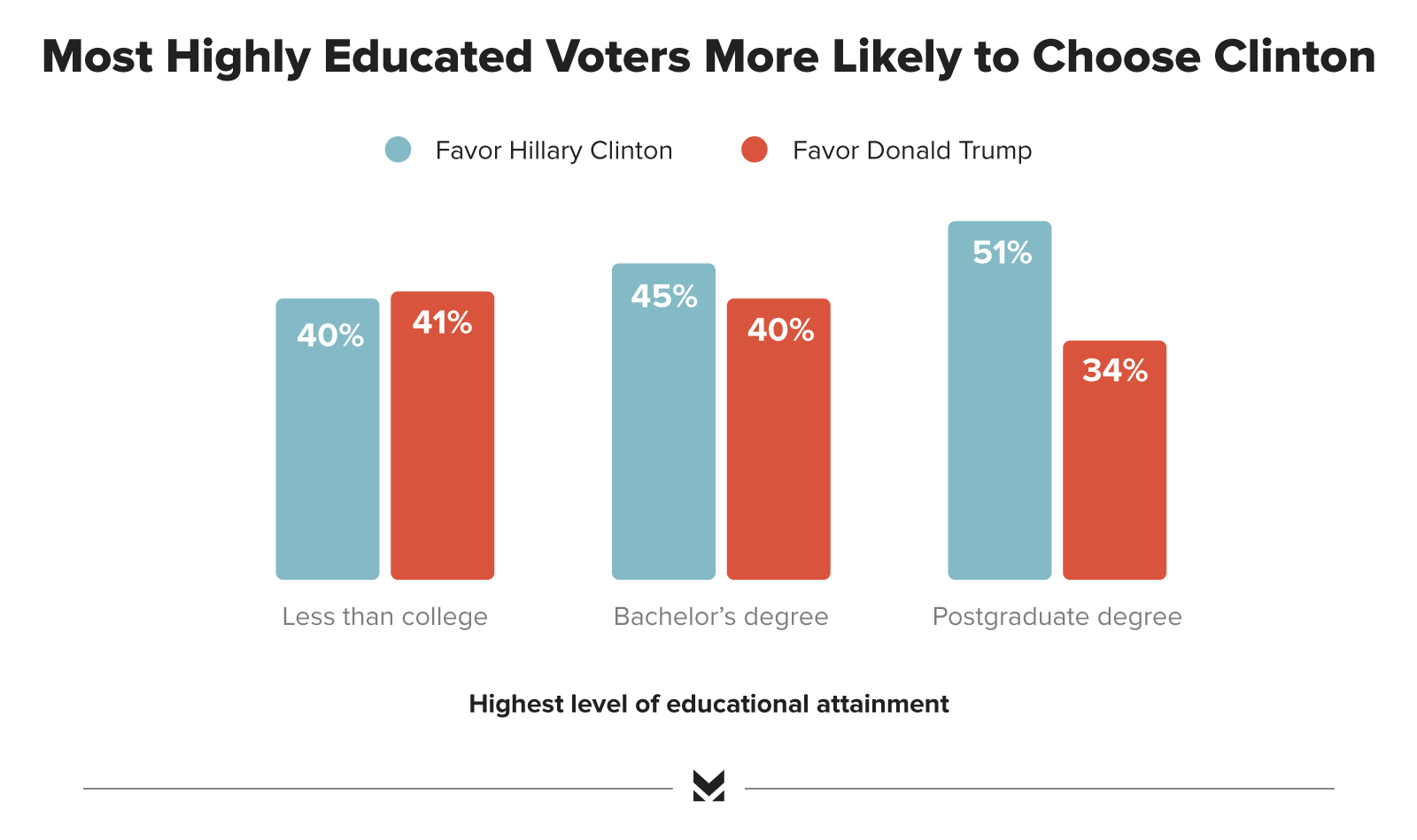 With voters who have only a bachelor’s degree, Clinton leads Trump, 45 percent to 40 percent. While 23 percent of them view security as their top concern, 37 percent say economic issues are their top priority when going to the polls.

More than three-quarters of voters – 77 percent – without college degrees said the country is on the wrong track, the highest percentage among all income levels. About a third of them (31 percent) list economic issues as their top concern.

The results mirror a Pew Research Center report released last year, which found Democrats with strong advantages with post-graduates. The same study found that lead to narrow with college-educated voters and those with less than a college education.

The poll was conducted from June 1-July 14, 2016, among a national sample of 23,347 registered voters. The margin of error is plus or minus 1 percentage point.