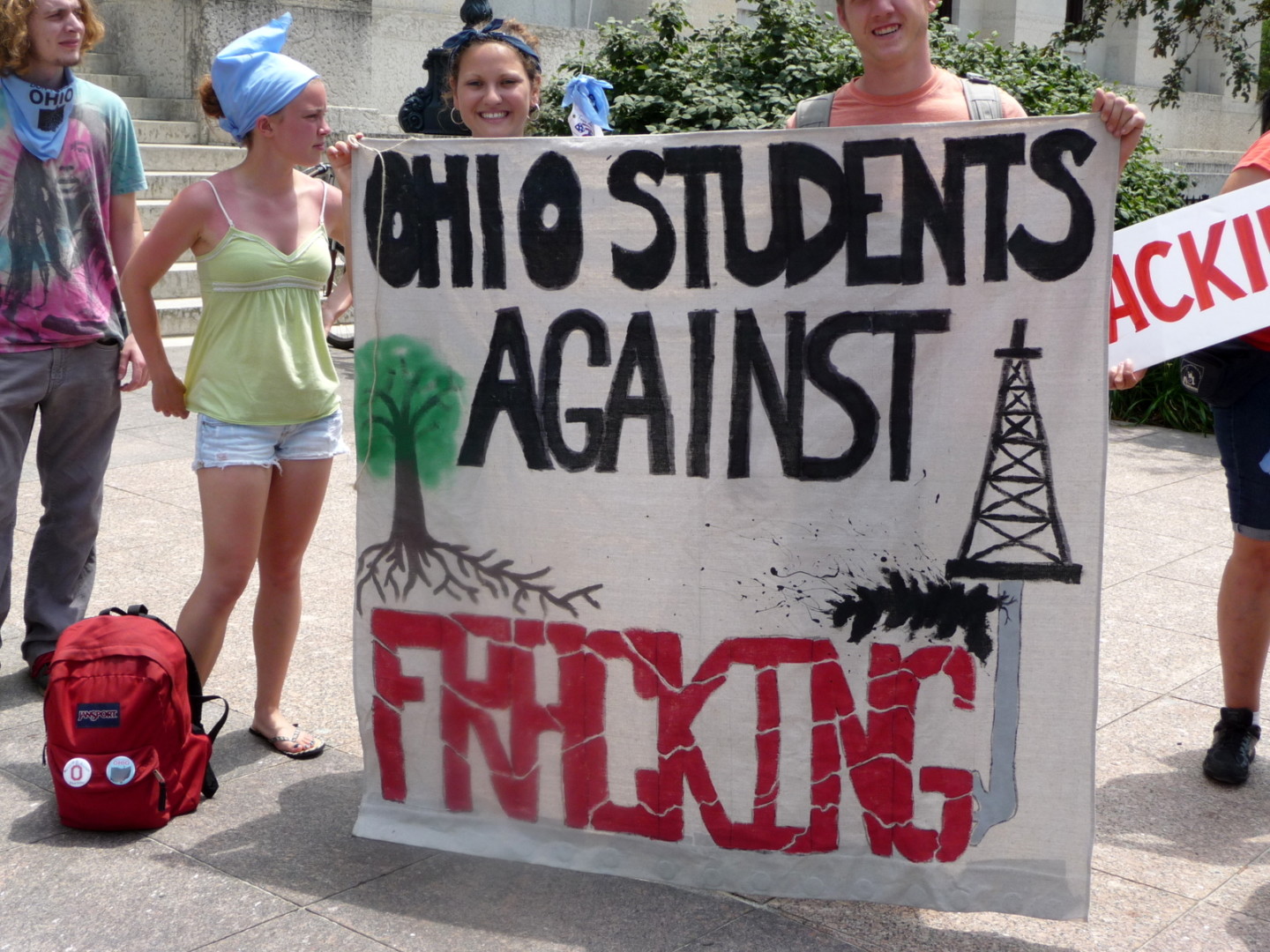 Younger voters are less supportive of fracking. image via flickr
By Jack Fitzpatrick

Rather than backing Donald Trump or Hillary Clinton, voters should consider “Fracking for President,” according to a spoof video posted Monday by an advocacy group backed by oil and gas companies.

The video’s deep-voiced narrator and inspirational piano score is meant to be ironic, but it is part of a bona fide online effort to win over young voters. North Texans for Natural Gas, an oil and gas-backed advocacy group, is spending a six-figure sum on the campaign, according to spokeswoman Courtney Loper. The video and website was produced by Vincent Harris, a highly sought-after Republican consultant who was chief digital strategist for Sen. Rand Paul’s (R-Ky.) 2016 presidential campaign and Sen. Mitch McConnell’s (R-Ky.) 2014 re-election campaign.

North Texans for Natural Gas describes itself as a “grassroots organization that aims to give a voice to those who support natural gas” on its website, but it lists no president, CEO or staff. Loper, an outside consultant, said the group is backed by “several oil and gas companies,” but that it “doesn’t directly speak for the industry.”

“Fracking for President” isn’t the only facet of North Texans for Natural Gas’s efforts to go viral. The group also runs Frackfeed, a Buzzfeed-style website with pro-fracking quizzes, memes and listicles, clearly aimed at appealing to young voters. (In one instance, the curious “Philosoraptor” ponders, “If you ban fracking, how will you power your Wi-Fi to complain about it?”)

“It’s more entertaining than the normal outreach,” she said. “It’s reaching out to all generations when talking about energy and what it does for your state, for your economy. It’s really about resonating with every generation.”

The outreach effort is meant to be an educational campaign, not an endorsement for any office, Loper said.