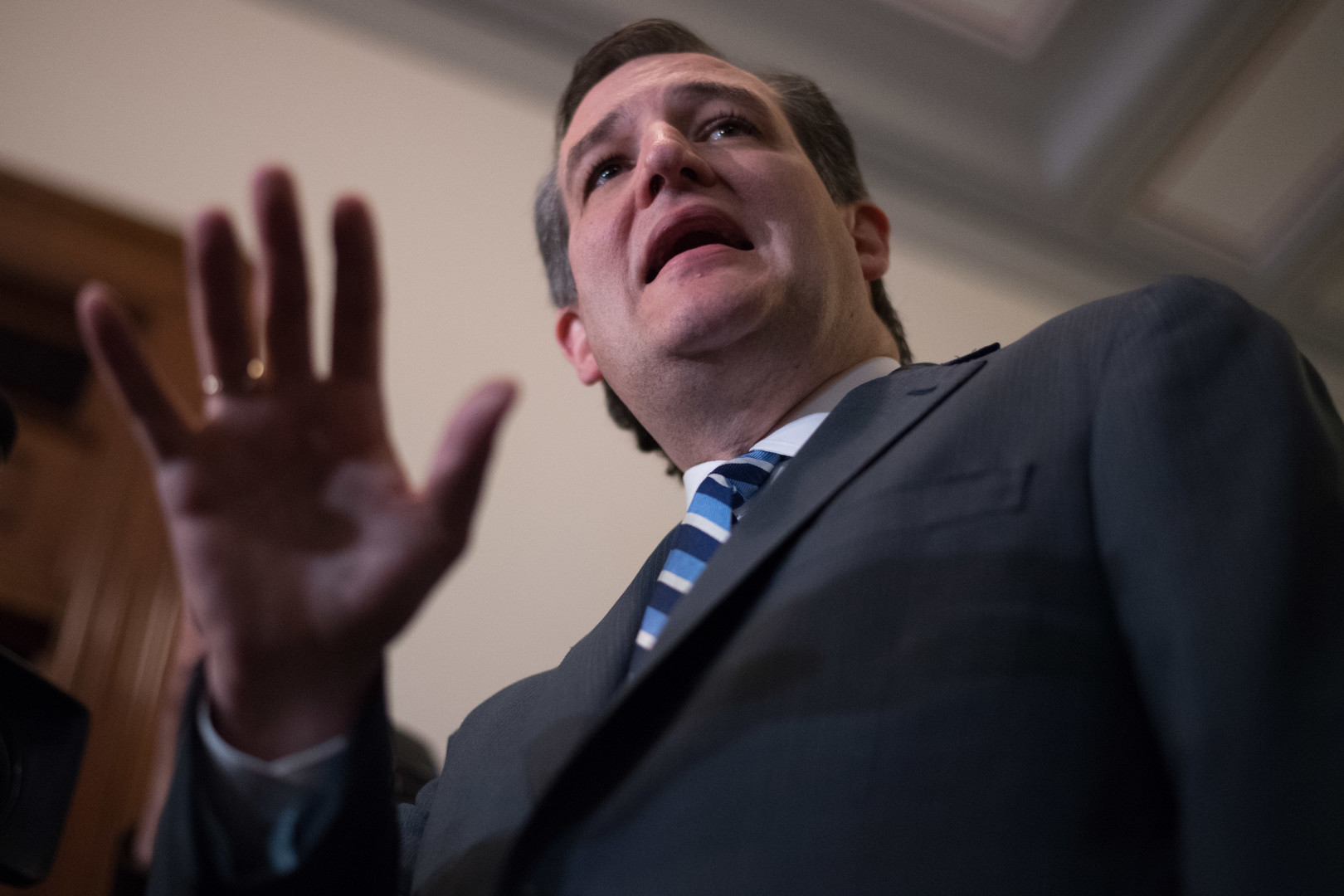 The United States is not giving away the internet because no single entity owns the internet. That was the point made by officials defending the upcoming transfer of an internet domain naming system away from U.S. control at a congressional hearing Wednesday in response to criticism from some GOP lawmakers.

Texas Sen. Ted Cruz is leading a group of Republicans, including Rep. Marsha Blackburn (Tenn.), who have warned that the pending transition could threaten global free speech online by allowing adversarial nations like Russia or China to take control of the internet.

The international nonprofit that coordinates the maintenance of internet databases is set to take charge of the domain naming body on Oct. 1.

Lawrence Strickling, a Commerce Department official who testified at today’s hearing, said the idea that the U.S. can protect free speech online “just does not comport with the facts.”

“When you talk about the First Amendment protecting content online, you’re talking about website providers who are operating at the second level, third level of the domain name system,” Strickling said at a Senate Judiciary subcommittee hearing chaired by Cruz.

Strickling heads the National Telecommunications and Information Administration, an agency housed under the Commerce Department.

“NTIA and the Department of Commerce and the U.S. government has no role whatsoever with respect to who gets domain names at the second level and above, what content they put on those websites, and how it is handled internationally,” Strickling said.

NTIA holds a contract with Internet Assigned Numbers Authority, which oversees the internet domain names used by service providers to traffic data across the globe. When the IANA contract expires on Sept. 30, domain name control will be transferred over to the California-based nonprofit comprised of global stakeholders known as the Internet Corporation for Assigned Names and Numbers.

Cruz said he’s concerned about what he dubs the Obama administration’s “internet giveaway” because he sees ICANN as a body of governance akin to the United Nations. He said a “Byzantine governing structure” will allow “some of the most oppressive regimes in the world like China, Iran, and Russia” the ability to take control of the internet’s functions, and therefore censor it.

“Since the internet’s inception, the United States government has stood guard over critical internet functions,” Cruz said at today’s hearing.

“In almost any other country, that power could have been used to deny internet access to websites that were deemed politically undesirable or unpopular or threatening or simply disfavored by the powers that be,” Cruz said, adding that the First Amendment gave the U.S. the duty to ensure the protection of free speech.

Strickling said Cruz is mistaken. Current U.S. management of IANA means that it controls the “roots of the file,” or top-level domain names. NTIA doesn’t have any power over the choices made by individual entities about the content they place (or don’t) on their websites, Strickling said.

Cruz argued that ICANN and its members are not bound by the First Amendment in the same way that the United States is. Relinquishing control of domain names could jeopardize that. “Why risk it?” he asked.

Strickling and ICANN Chief Executive and President Göran Marby countered that the entity in charge of IANA, be it ICANN or the U.S. government, only handles the technical aspects of what makes the internet work. It has no control over how the internet is used.

The upshot: No matter who is running IANA, that entity would not have a better ability to dictate free speech than any other organization.

“The IANA functions have nothing to with content or freedom of expression,” Marby said. “ICANN has nothing to do with free speech on the internet. We do not and cannot impact how sovereign states censor speech within their borders.”

Marby, Strickling and the subcommittee’s top Democrat, Sen. Chris Coons (Del.), pushed back on the notion that the U.S. government is on course to give the internet away.

“It is important that we execute this transition properly to ensure the security of our economy, our homeland and our fundamental value of freedom of expression,” Coons said. That would allow the United States to maintain credibility on the world stage, which in turn would help influence a free and open internet, he added.

Strickling and Marby assuaged concerns raised by Cruz and Senate Judiciary Committee Chairman Chuck Grassley (R-Iowa) about the security of American top-level domains .mil and .gov. Those domains would remain under U.S. control.

Coons, Marby and Strickling reminded the panel that the plan to move the functions of internet naming away from the U.S. government has been in the works since the idea was hatched in 1998. Both Republican and Democratic administrations have been involved in advancing it.

The internet community has been staunchly in favor of the transition, with companies such as Google Inc. and Facebook Inc. urging congressional leaders to allow a smooth transition in a Tuesday letter.

Experts warned congressional leaders in a separate letter yesterday that by going back on its promises — built through years of work with the private sector, governments and civil society groups — the United States would “undermine the trust that all of the parties have in the system.”

Strickling issued a similar warning Wednesday, saying that a delayed or blocked transition of IANA could cost the U.S. leverage in international relations. “If this transition doesn’t go forward, our credibility as a power in terms of supporting the multi-stakeholder model will be shot,” he said.

“There will be people who say the U.S. has reneged on these promises, and it will be exploited by these foreign governments at world conferences starting as early as October,” Strickling added.

Hawaii Democratic Sen. Brian Schatz, who is not on the committee, echoed those views Wednesday in a statement. Republican opposition “flies in the face of the U.S. business and tech communities, our international partners, and those who created the internet, who all are united in supporting concluding this transition in order to preserve the internet as we know it – an open and global platform for free speech, innovation, and commerce,” Schatz said.

GOP concerns over the transition still threaten to make their way into a broader debate over a continuing resolution to fund the government, the biggest goal for lawmakers before leaving Washington this month.

Sen. John Thune (R-S.D.) told reporters that a delay or outright block of the transition could be inserted into an expected stopgap spending bill. Democrats are unlikely to accept that provision.

But if lawmakers insist, the transition will not take place. Strickling told Cruz that if Congress were to pass an appropriations rider requiring the agency to renew its contract to run IANA, Commerce Department officials would comply, and the transition would not go through on Oct. 1.

“We have taken the preparatory steps to allow us to do that as late as the night of Sept. 30 if it comes to that,” Strickling said.

Speaking to reporters after the hearing, Cruz said: “I am encouraged by the strong support we are seeing in both houses of Congress for protecting freedom on the internet.” His remarks were in reference to a letter sent by four GOP chairmen last week calling on the administration to “reconsider” the transition.