Exit Poll: Almost as Many Women Say They Backed Trump as Men

Despite Democratic efforts to paint Donald Trump as a sexist and abuser of women, female voters were only 2 percentage points less likely to cast their vote for him than men, according to a Morning Consult/Politico exit poll.

Forty-seven percent of female voters said they voted for Trump, while 49 percent of men said they voted for him. The results were flipped for Democrat Hillary Clinton, with more women voting for her than men by 2 points. Compared to the 2012 election, Clinton actually did worse with female voters than President Obama, but better with men, according to a CNN’s exit polling.  In 2012, Obama outperformed Mitt Romney by 9 points with women, 55 percent to 44 percent. Among men, Obama lost to Romney 45 percent to 52 percent.

How the vote broke down by age

While Trump’s electoral path to the White House was historic for a Republican, the age group that supported for him was not. A Morning Consult/Politico exit poll shows that Trump’s backing was strongest among older voters, as has been the case for Republican presidential nominees in previous election cycles.

In Trump’s case, his strongest voting bloc were voters who are 65-years-old or older, of which 56 percent cast their ballot for him, while 41 percent backed Clinton. Romney also won the same percentage of voters 65-years-old or older in 2012 in the CNN exit poll. Voters between the ages of 45-years-old and 64-years-old chose Trump, 52 percent to 45 percent. Romney won 51 percent of that bloc, according to CNN. 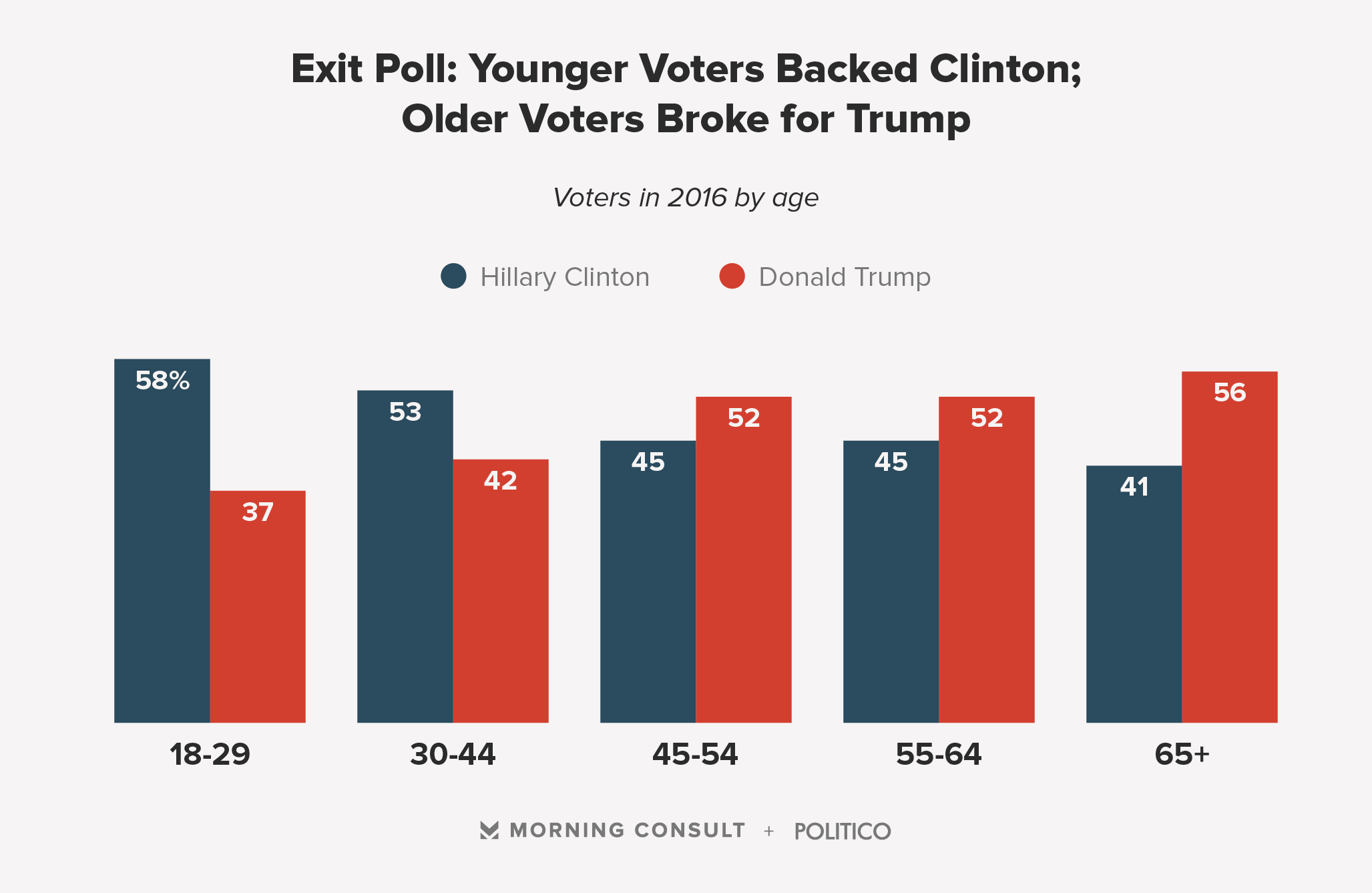 The national poll was conducted between Oct. 18 and Nov. 9 and consisted of 25,065 interviews with people who voted before or on Election Day. The margin of error is plus or minus 1 percentage point.