While America’s most-educated voters stood in large numbers against electing Donald Trump president on Tuesday, when it came to another measure of success – income – the nation’s highest earners were largely split between him and Hillary Clinton.

A POLITICO/Morning Consult exit survey, which interviewed 25,000 voters on and before Election Day, gave Clinton no real advantage among various levels of income and education, a fact that contributed to her unexpected loss to Trump. 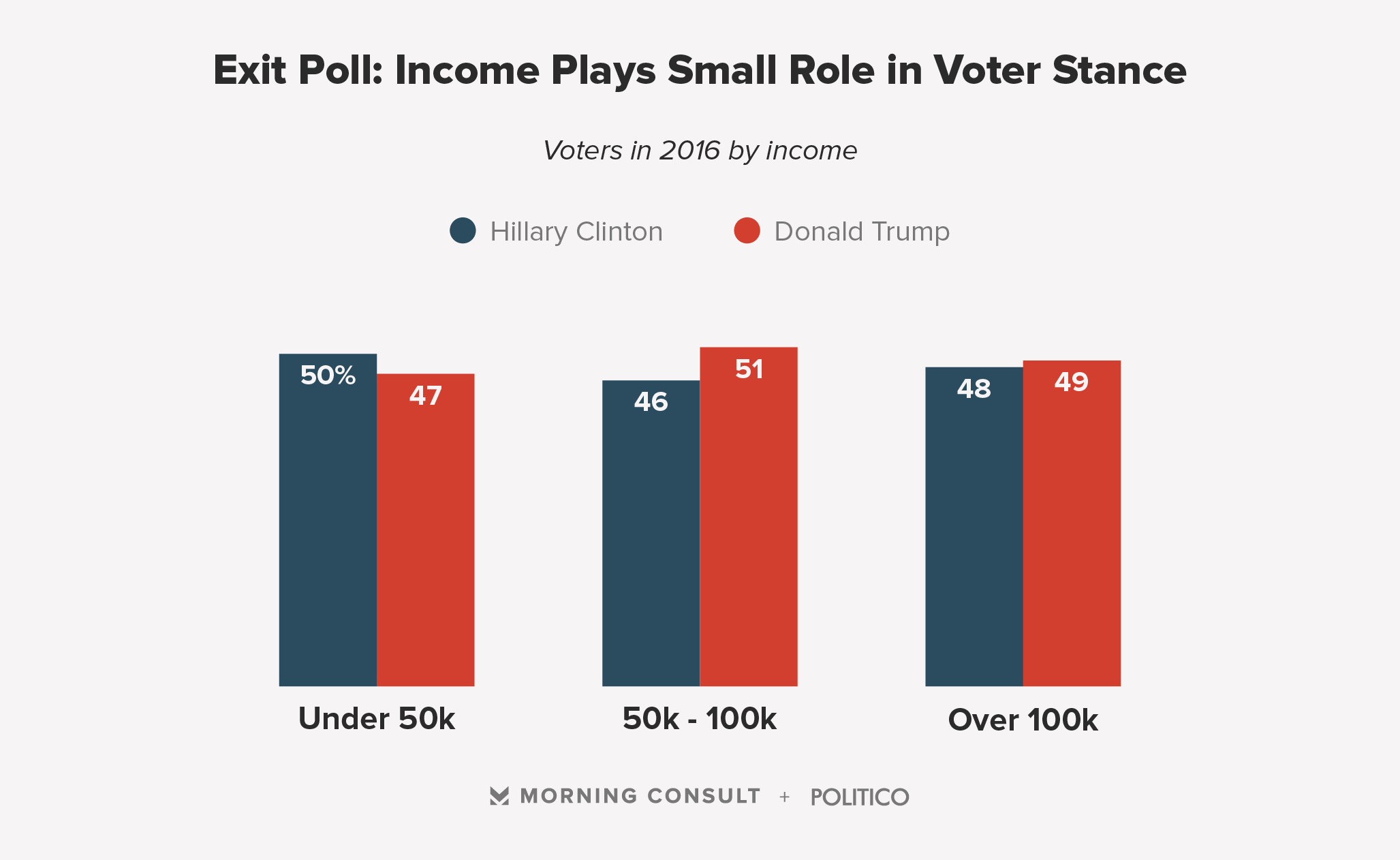 Clinton underperformed President Obama’s own totals with those without college degrees. According to 2012 exit polls, Obama got support from 51 percent of these voters – the same percentage who supported Trump this time around.

According to a Morning Consult survey this summer, Trump made strong gains with this group, rising 11 points since being nearly tied with Clinton at 40 percent in July. Even Mitt Romney, the 2012 Republican nominee, got support from 48 percent of voters without a college degree, 3 percent more than Clinton.

Among voters with bachelor’s degrees, Clinton led him 51 percent to 45 percent, and she trounced him with postgraduates, 56 percent to 39 percent. Clinton slightly outperformed Obama with these groups, chipping off some who had been with Romney four years earlier. 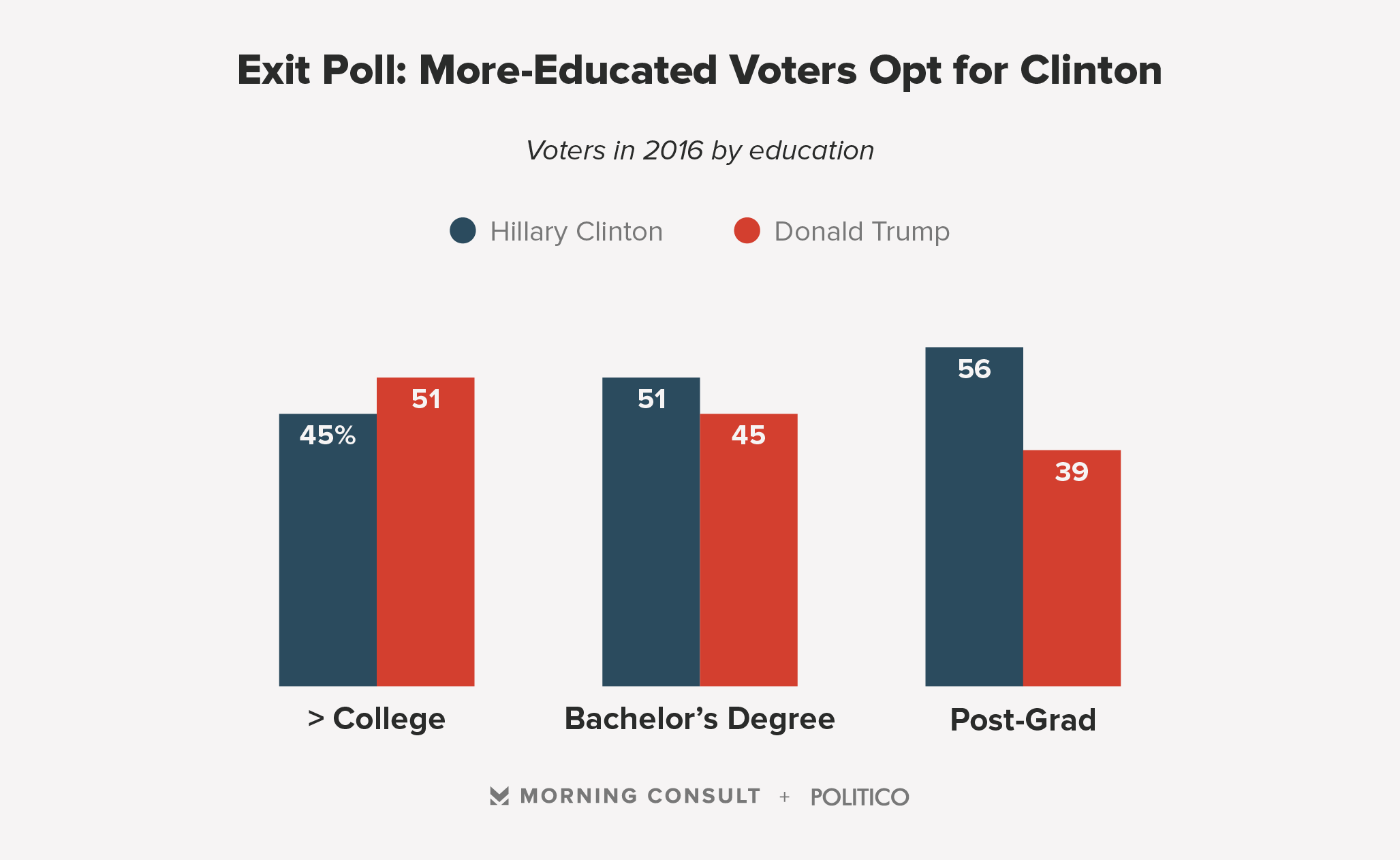 Trump did improve his numbers since the summer. At the time, Clinton led Trump 45 percent to 40 percent among voters with Bachelor’s degrees, and 51 percent to 34 percent among those with postgraduate degrees.

Along with voters with less education, Clinton also failed to reach the bar President Obama set with low-income voters in 2012. That year, 60 percent of voters who made less than $50,000 voted for Obama, compared to 50 percent of them who voted for Clinton. Among these voters, 47 percent of whom voted for Trump, he outperformed Romney by 9 percent.

At 48 percent for Clinton and 49 percent for Trump, the two were nearly tied with voters who more than $100,000. Trump performed worse with them than Romney, ceding 5 percent from the former nominee’s 54 percent support from the group in 2012.