Donald Trump’s stunning upset to take the White House Tuesday has brought swift change to public opinions on the state of the country. A POLITICO/Morning Consult poll taken immediately after the election found massive shifts in whether voters think the country is on the right track, depending on who they voted for. 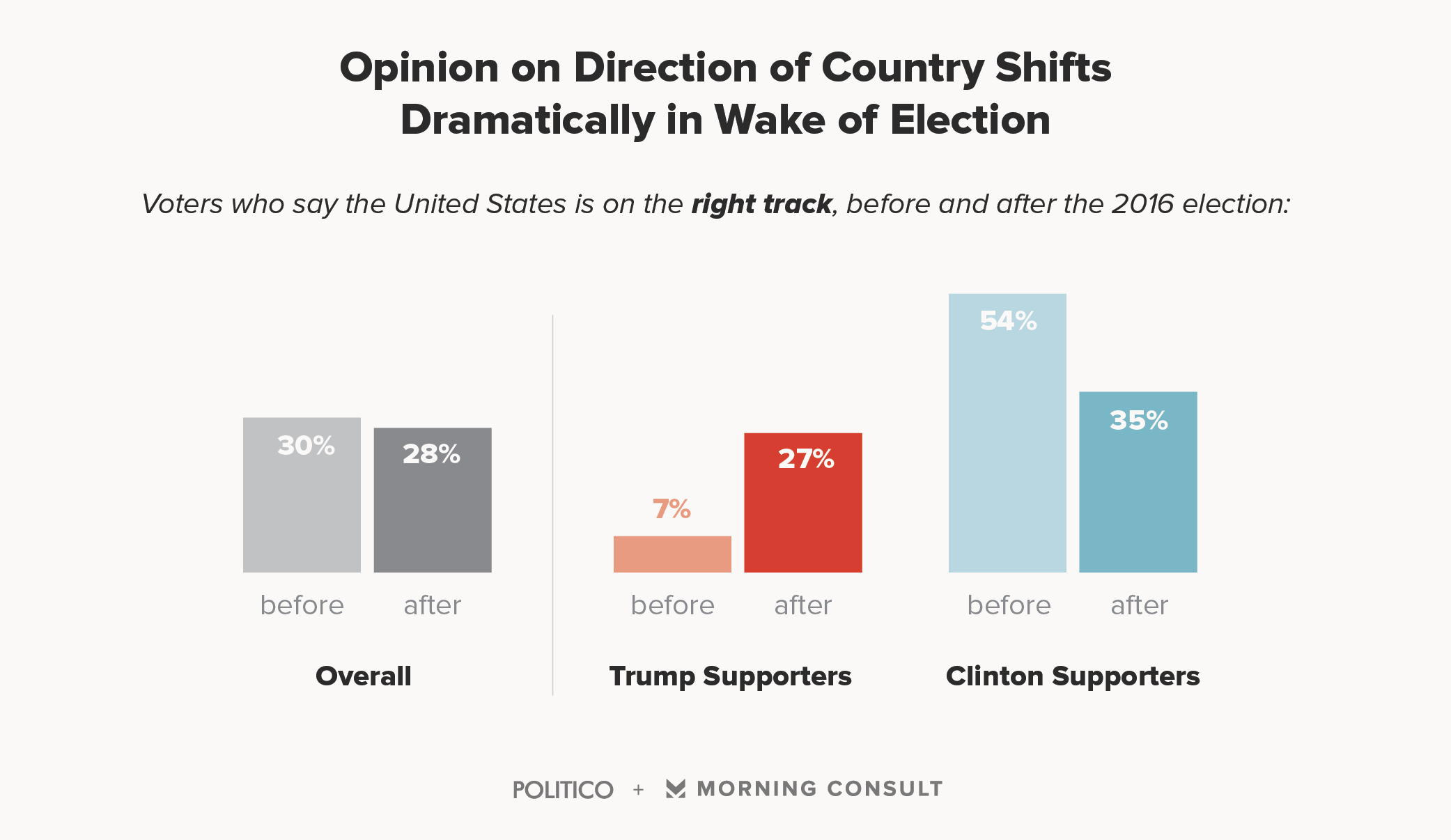 The shifts between Trump and Clinton voters cancelled one another out, with the overall number of people saying the country is on the “right track” moving from 30 percent to 28 percent.

Nearly three-quarters of GOP voters say the top priority for the Trump White House is to repeal Obamacare, followed closely by combating ISIS. Notably, two of Trump’s main campaign themes – building a wall along the Mexican border and renegotiating trade deals – come in last among GOP voter priorities, at 30 percent and 39 percent respectively.

This poll was conducted November 9 and 10, among a national sample of 1,786 registered voters. It has a margin of error of plus or minus two percentage points. You can see the topline and crosstab analysis at the links.