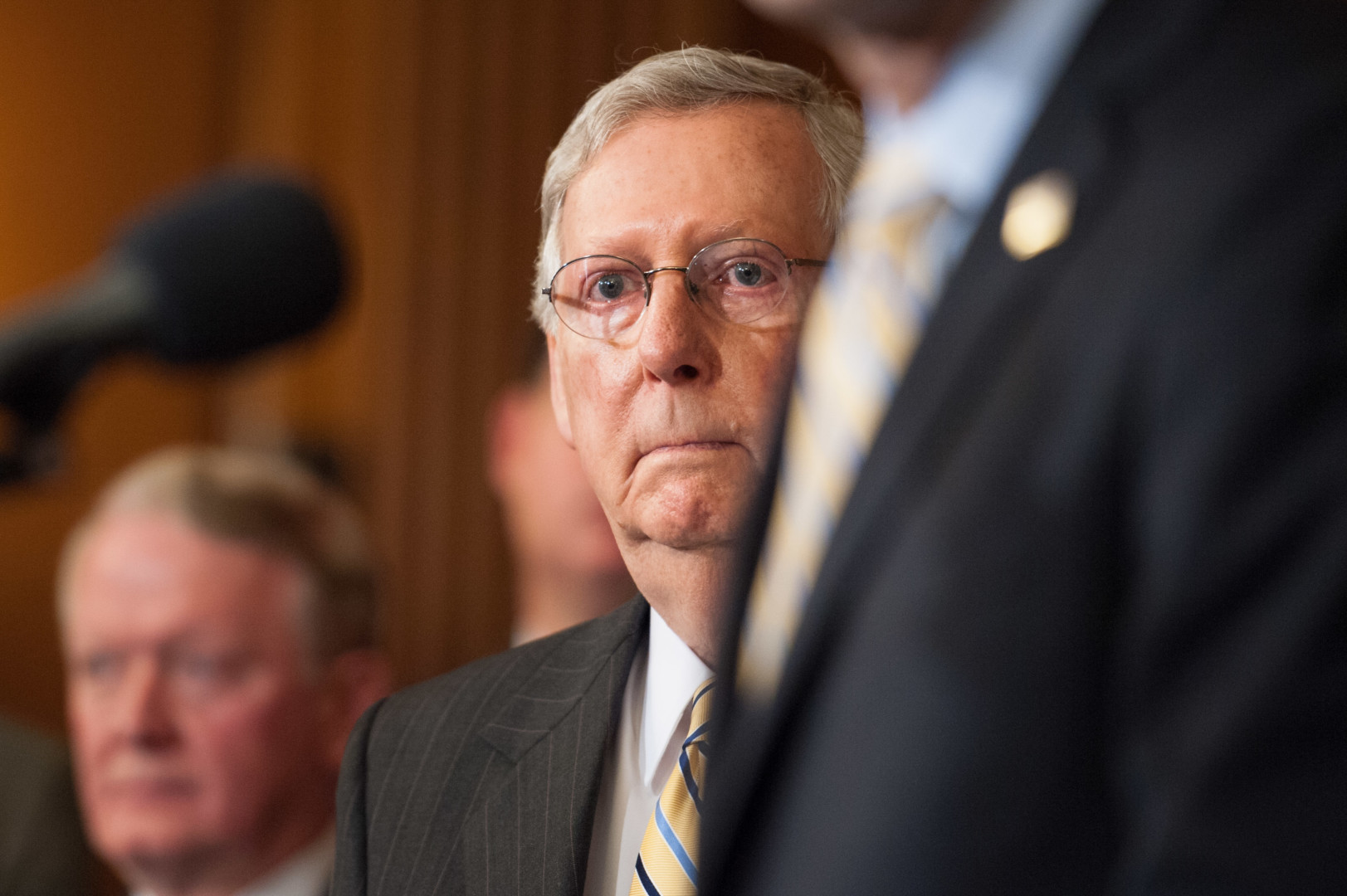 McConnell did not sound enthused about draining the swamp. (Rob Kunzig/Morning Consult)
By Eli Yokley

President-elect Donald Trump may have spent the final weeks of his campaign pledging to rein in the influence of lobbyists and longtime politicians in Washington, but it doesn’t appear to be a priority for Senate Majority Leader Mitch McConnell.

Asked if he would join Trump’s call to “drain the swamp,” the Kentucky Republican, flanked by other Senate GOP leaders, told reporters Wednesday he would rather focus on trying “to make as much progress for the American people as we can on the things that affect their lives,” whether it be repealing Obamacare, “comprehensive tax reform” or putting conservative judges on the Supreme Court.

“We’re going to address the real concerns of the American people, not go back and relitigate what anybody on either side may have said said during a hotly contested presidential race,” McConnell said.

During an address less than three weeks before Election Day, Trump laid out a five-point plan to curtail lobbying efforts.

His proposal called for term limits for sitting members of Congress, a 5-year ban on lobbying by former lawmakers and executive branch officials and preventing former lawmakers from labeling themselves as consultants to avoid disclosure rules. He also called for banning former administration officials from lobbying on behalf of foreign governments and preventing foreign government lobbyists from raising money for politicians.

Trump has taken heat for his own reliance on lobbyists in his presidential transition, before many of them were reportedly purged by Vice President-elect Mike Pence, who is now leading the transition.