For Trump Voters, It’s All About Jobs 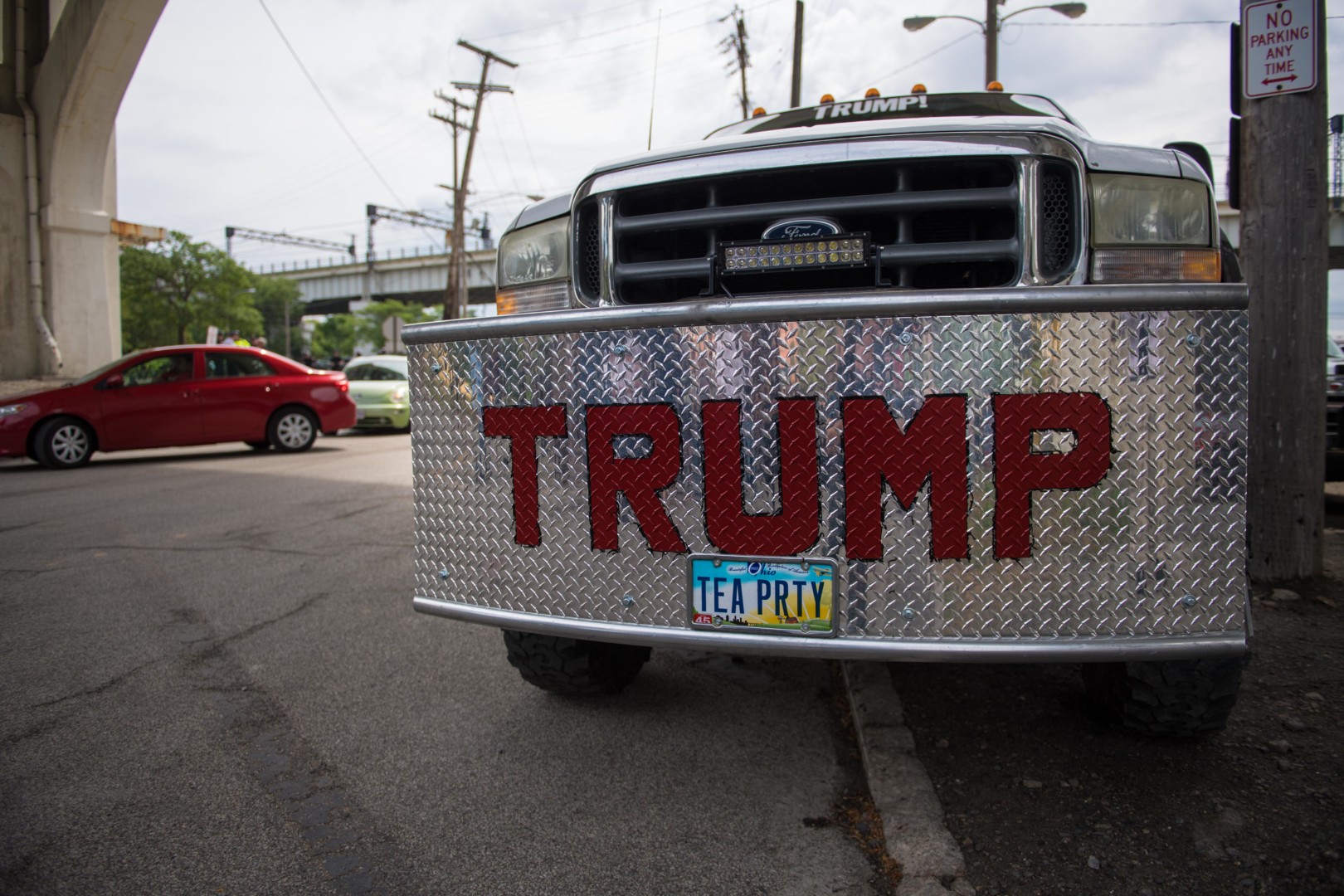 If President-elect Donald Trump wants to keep the voters who put him in power happy, it may not be the wall along the Mexican border or the dismantling of trade deals that need to happen first.

We asked more than 25,000 voters in our exit poll what was most important to them, and what they were seeking in a leader. Trump voters were certain about one thing: Their candidate would be the one who is better on jobs. 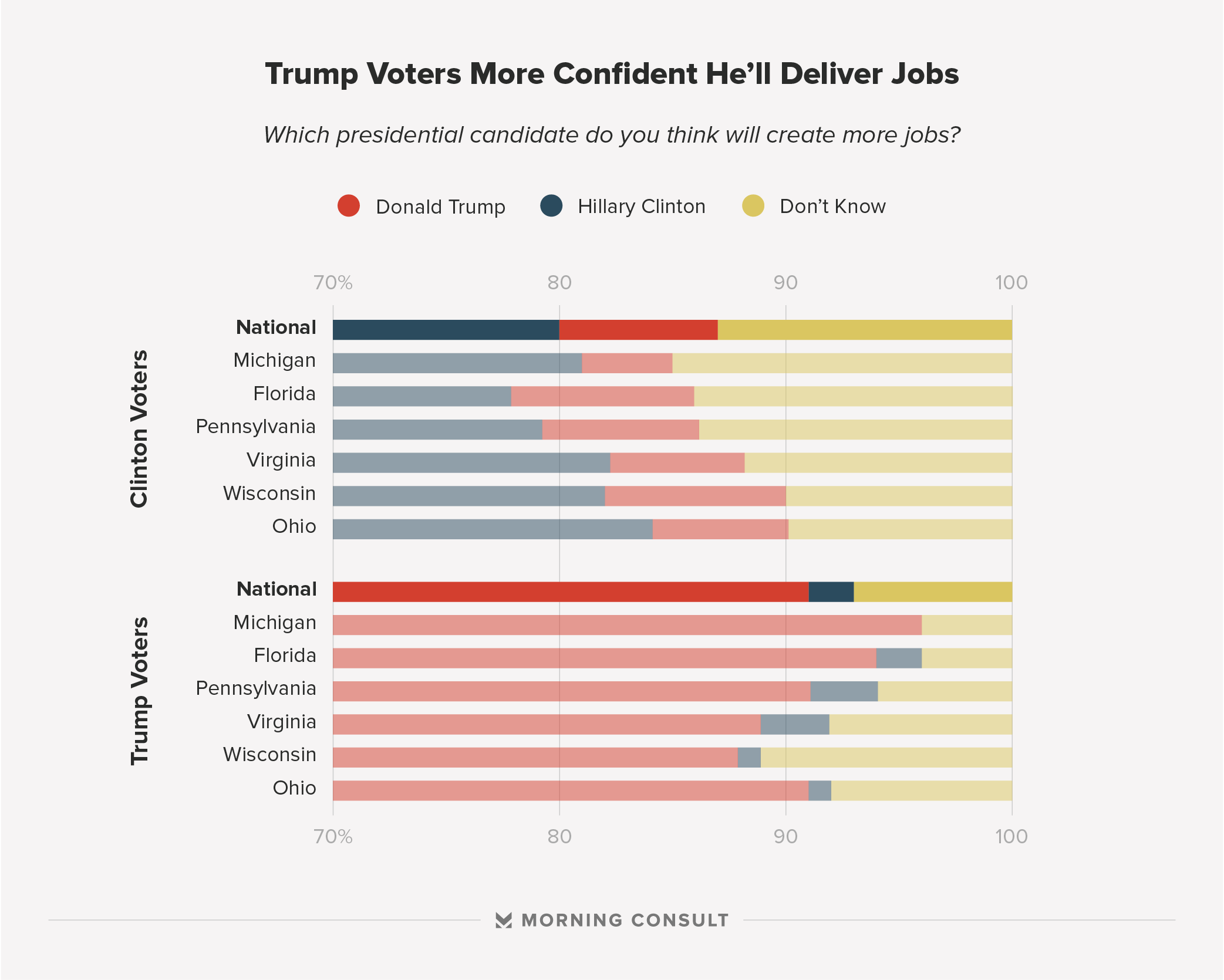 But on almost every other topic, Trump voters did not show the same enthusiasm for their candidate. Clinton voters were certain she would be the best when it came to taking care of the middle class, sharing their values or caring about people like them.

Of course, Trump voters didn’t think Clinton was the better candidate either, but they were far more likely to pick “don’t know / no opinion” on several measures, rather than choosing Trump or Clinton. That didn’t happen nearly as much with Clinton voters – they were mostly confident that Clinton would be better on everything, and less frequently chose “don’t know.” One major exception to that? Jobs. 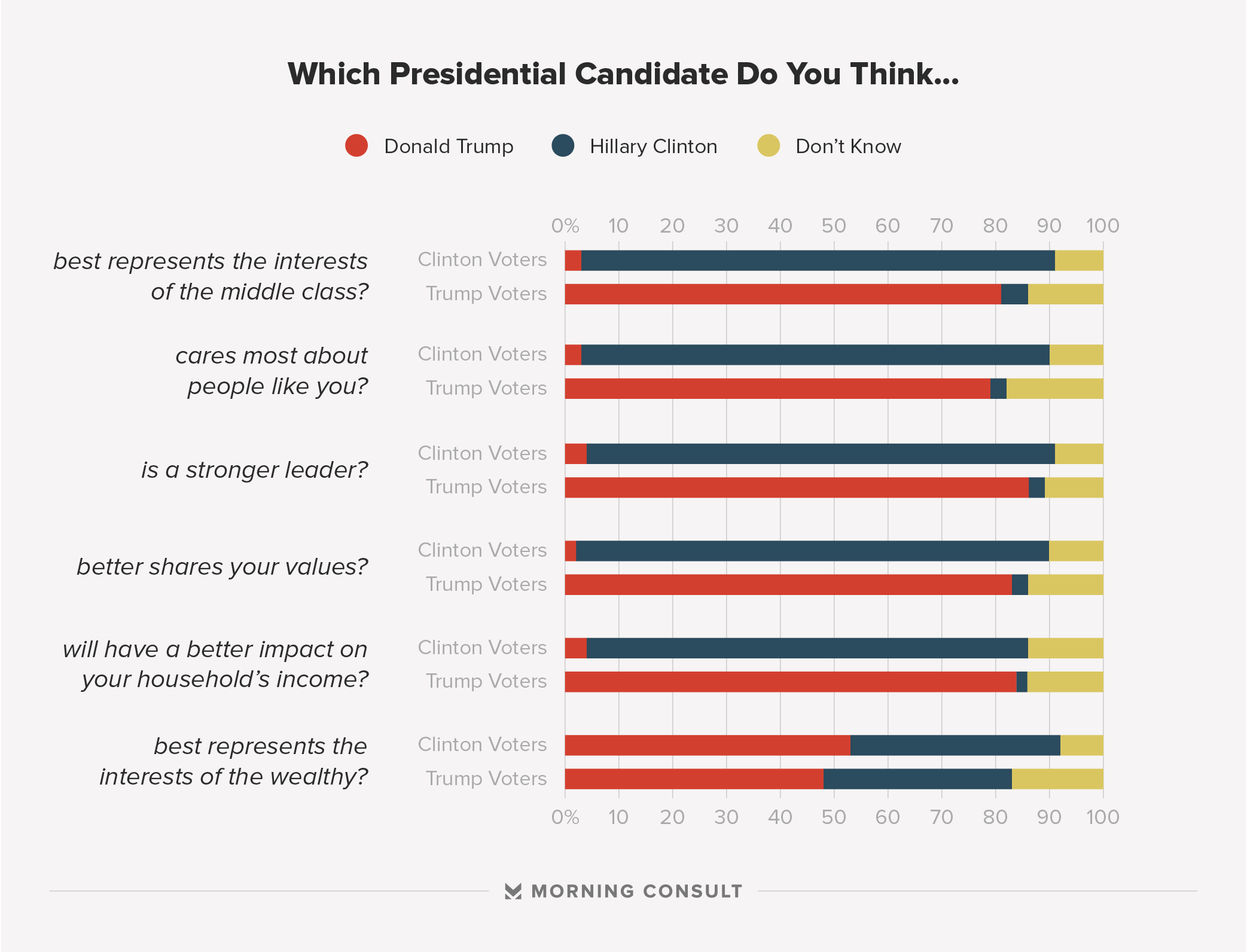 This finding is just one snapshot into the electorate’s thinking in an election that shocked the country, and the world. But it could be instructive as the Trump administration and a Republican Congress set an agenda that includes undoing many Obama administration policies, from the Affordable Care Act to Dodd-Frank and the Clean Power Plan. Spending legislative time repealing those policies may or may not help with the thing Trump’s voters were most confident he could do — get them better jobs.

Republicans in Congress have made clear that an early priority for 2017 will be repealing Obamacare. While that might not answer Trump voters’ desire for jobs, our exit poll found a 15-point increase from the previous election in voters saying they want the Affordable Care Act fully repealed. In 2012, 25 percent of voters said the law should be repealed, according to CNN. This year, that share of the electorate rose to 40 percent. The increase stemmed from fewer voters saying the 2010 law should be “kept as is” or “repealed in part.” Just over a quarter of voters in 2012 and 2016 said the law should be expanded. Sizable premium increases for Obamacare plans were announced days before the election, adding to negative attention for the law.

Health care wasn’t the only notable policy shift. There was an 11-point increase in voters saying households with incomes exceeding $250,000 should be taxed. In 2012, 47 percent of voters said taxes should be raised on wealthier households, according to CNN, compared with 58 percent in 2016. More than one-third of those saying taxes should be increased for people making more than $250,000 were Trump voters, an 8-point increase from Mitt Romney voters who said the same in 2012.