Sessions, Priebus and Bannon Unknown to Most Voters

In a new Morning Consult/POLITICO poll, most voters said they have not heard of or have no opinion of Jeff Sessions, the Alabama senator who President-elect Donald Trump selected Friday to serve as his attorney general.

The poll also shows that most voters (52 percent) have not heard of Trump’s choice for chief of staff, Reince Priebus, or his pick for chief strategist, Steve Bannon. 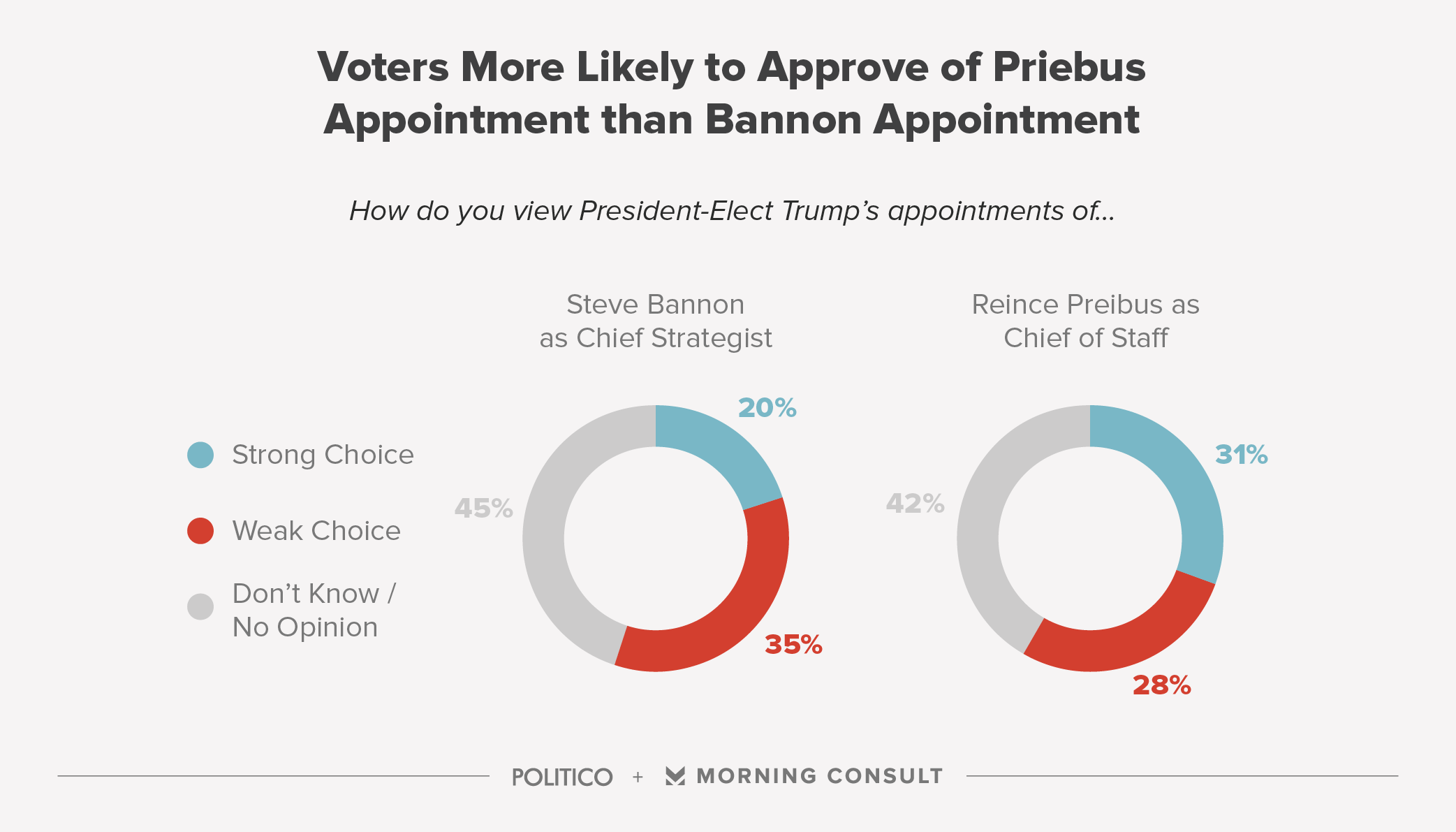 Nineteen percent of voters said the selection of Bannon, the chairman of the website Breitbart, is a strong choice, while 34 percent said it is a weak pick. Bannon’s selection has been highly controversial, with Democrats and some Republicans raising concerns about his nationalist views.

Thirty percent of respondents said Priebus, the Republican National Committee chairman, is a strong choice for chief of staff, while 27 percent said he is a weak choice. 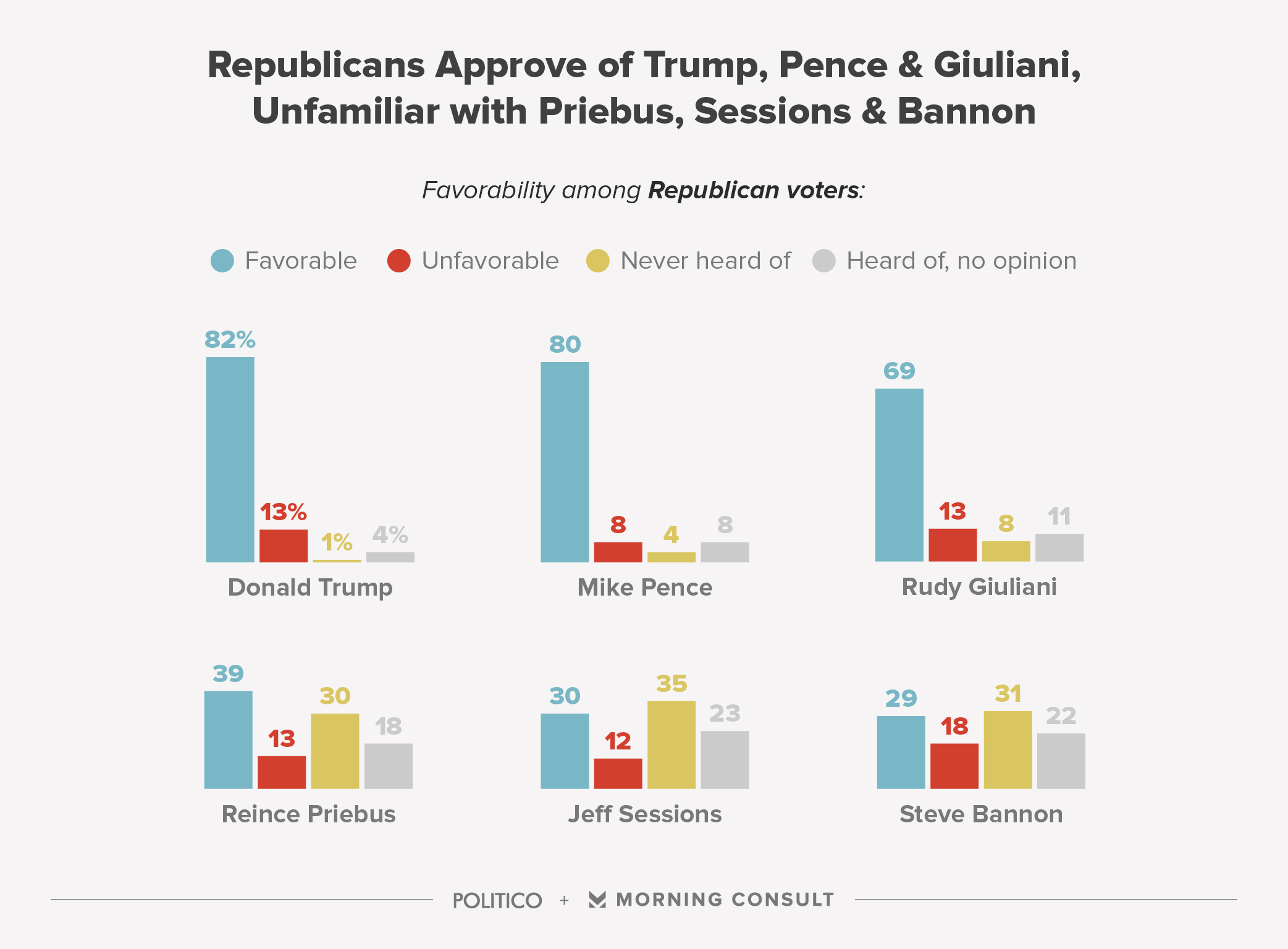