Voters across the political spectrum view President-elect Donald Trump more favorably as a result of the Carrier deal.

In a new Morning Consult/POLITICO national poll, 6 out of 10 voters surveyed said Trump’s intervention to keep the manufacturer from shipping hundreds of jobs to Mexico made them view the president-elect in a more positive light.

Trump’s favorability rose across party lines: Four out of 10 Democrats said they now view Trump more favorably, as do 54 percent of independents. Even 32 percent of Hillary Clinton voters said the deal improved their view of Trump.

RELATED: Donald Trump Tweets Too Much, Most Voters Say

Trump’s team negotiated directly with Carrier, which received about $7 million in tax breaks to keep jobs in Indiana, where Vice President-elect Mike Pence is still governor. While Trump’s micro-dealing in the private sector was criticized by many Democrats and even some Republicans, most voters approve of a president taking such actions.

Fifty-six percent of voters said it is appropriate for the president to negotiate directly with companies on a case-by-case basis, and 62 percent said they would approve of the president offering tax breaks and incentives to individual businesses if it means jobs stay in the U.S. 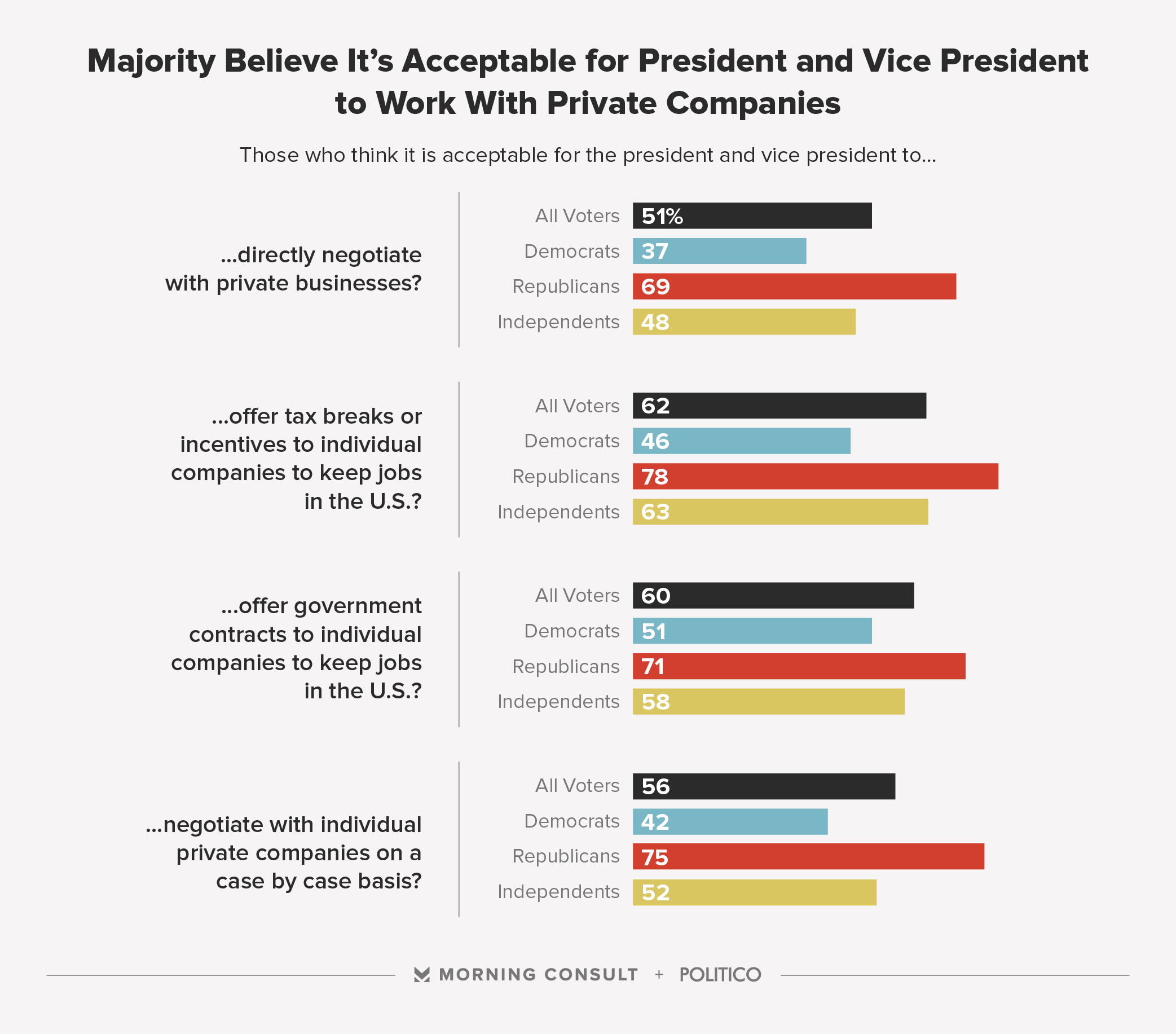 To keep jobs in the U.S., Trump recently vowed to impose a 35 percent tariff on any company that ships American jobs overseas and then tries to sell its products in the U.S. While such tax increases are at odds with conservative principles, Republican voters and the broader electorate overwhelmingly support raising taxes on those businesses. Eight out of 10 Republican voters and 72 percent of Democrats and independents said they support raising taxes on companies that move jobs out of the country.

With taxation within the purview of Congress, an intraparty fight could be brewing on Capitol Hill. Speaking to reporters on Monday, House Majority Leader Kevin McCarthy (R-Calif.) refused to support Trump’s proposed tariff, arguing there should instead be tax incentives to keep jobs in the U.S.

The online survey polled 1,401 registered voters from Dec. 1 through Dec. 2. The full survey has a margin of error of plus or minus 3 percentage points. See the toplines here and the crosstabs here.