Most people, regardless of their religious affiliation, aren’t bothered by companies explicitly acknowledging the Christmas holiday or businesses that stay neutral, according to a recent Morning Consult poll. 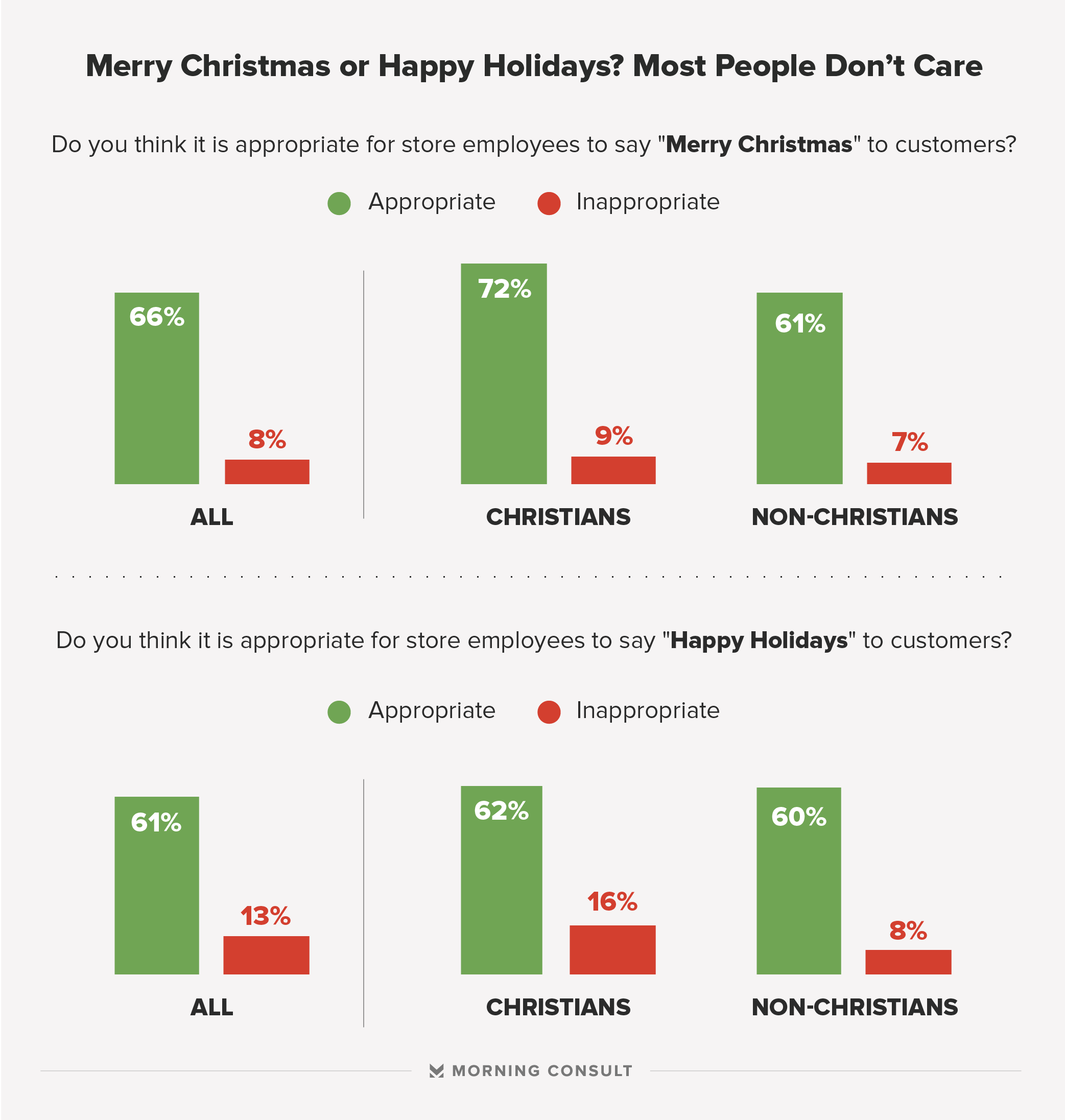 When it comes to advertisements, 66 percent of respondents said its appropriate for companies to use “Merry Christmas,” and 61 percent said the same about “Happy Holidays.” Slightly more people said it was inappropriate for companies to advertise with “Happy Holidays” versus “Merry Christmas” — 12 percent and 8 percent, respectively.

When it comes to where respondents choose to shop, stores and businesses advertising with “Merry Christmas” do not overwhelmingly affect customer shopping habits, suggesting that debate over whether there’s a war on Christmas isn’t translating into significant revenue gains or losses for retailers. Thirty-nine percent of people polled said Christmas-facing advertising would have no impact on their choice of retailer, including 31 percent of Christians and 49 percent of non-Christians.