More people oppose turning Medicare into a premium support system than those who favor it, according to a new Morning Consult/POLITICO poll, a point Democrats will likely stress to thwart any GOP attempts to overhaul the program.

Fifty-five percent of voters said Medicare should continue as it is today, while 29 percent said the program should change to a system where beneficiaries select their insurance from a list of private plans, often referred to as a “premium support” system. Still, 84 percent said they thought Medicare needed some sort of change in how it operates.

Support for turning the program into a premium support system has stayed relatively stable in the past year. An November 2014 Kaiser Family Foundation report found that 26 percent of adults supported such an overhaul, while 70 percent said they backed maintaining the program as it is today. The Morning Consult/POLITICO poll, which was conducted online, gave respondents a “don’t know” option, which 16 percent of people selected. That option is often not directly offered to respondents during a telephone poll and could explain why support for keeping the program as it exists today is lower in our poll. 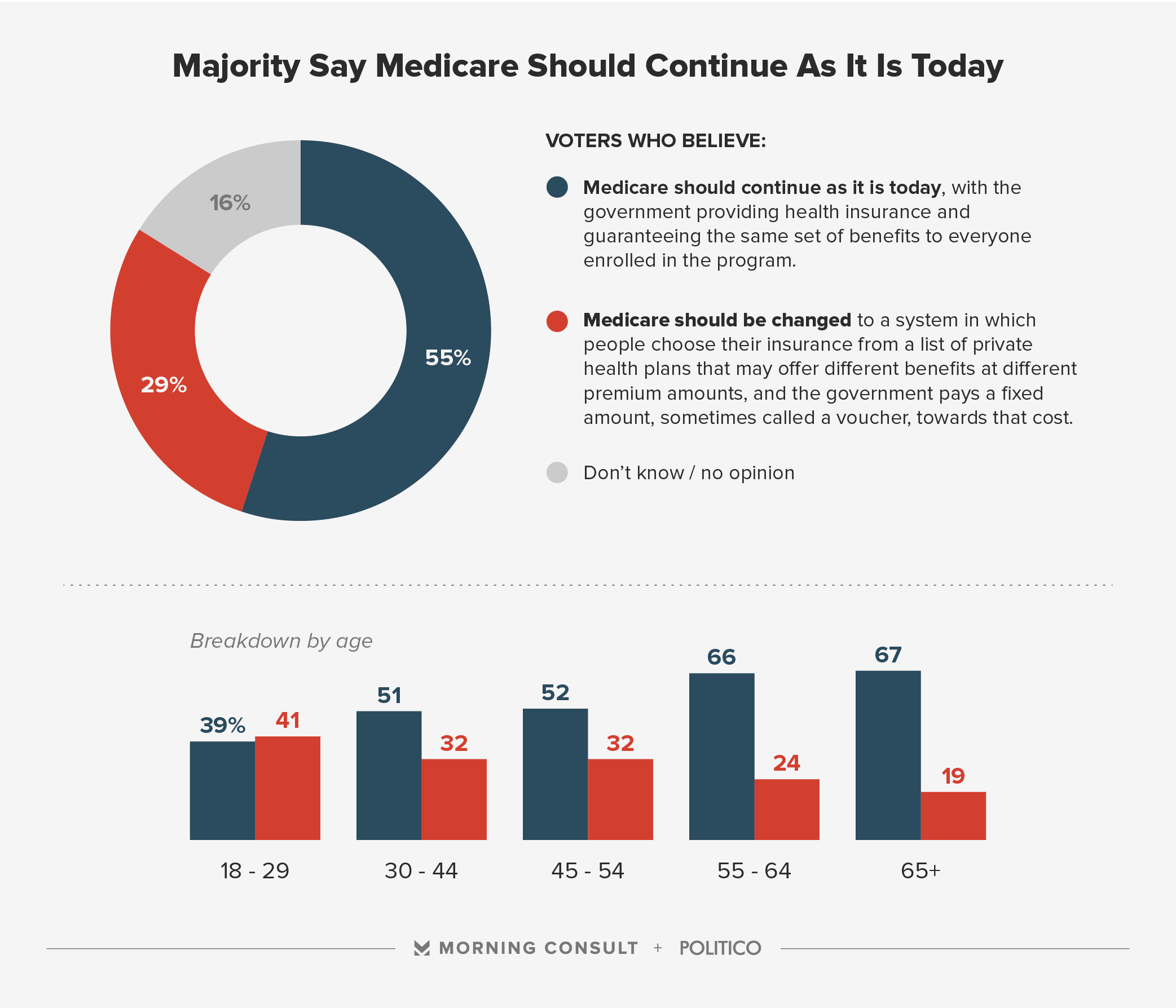 Democrats seized on potential Medicare changes as a regular attack point in the weeks following the election. While President-elect Donald Trump sought to differentiate himself from other Republicans throughout the campaign by saying he would not touch Medicare or Social Security, House Speaker Paul Ryan and Rep. Tom Price (Ga.), Trump’s pick for Health and Human Services secretary, have supported moving the program to a premium support system.

The older the voter, the more likely they are to want to maintain Medicare as it is now. Among those surveyed, only 18- to 29-year-olds had more favor reform (41 percent) than those who favored keeping the system as is (39 percent). Among seniors age 65 and older, 67 percent said they thought the system should remain as is, while 19 percent favored the premium support model.

The poll also indicates more people think the proposed changes would do more harm than good. Forty-eight percent of respondents said the proposal was a bad idea, while 34 percent called it a good idea. Nineteen percent said they didn’t know or had no opinion.