Spotify and Pandora Lose Big Against Radio, Except Among Millennials

Radio isn’t dead. People still listen to AM and FM channels more often than they use individual streaming services, although radio remains most popular with older audiences.

When ranked against all other music consumption options, 37 percent of respondents said they listen to the radio more than any other music source.

Purchased music is popular across all demographics, particularly among people in the 30-44 age bracket. Seventy percent of all survey respondents reported using their purchased music. 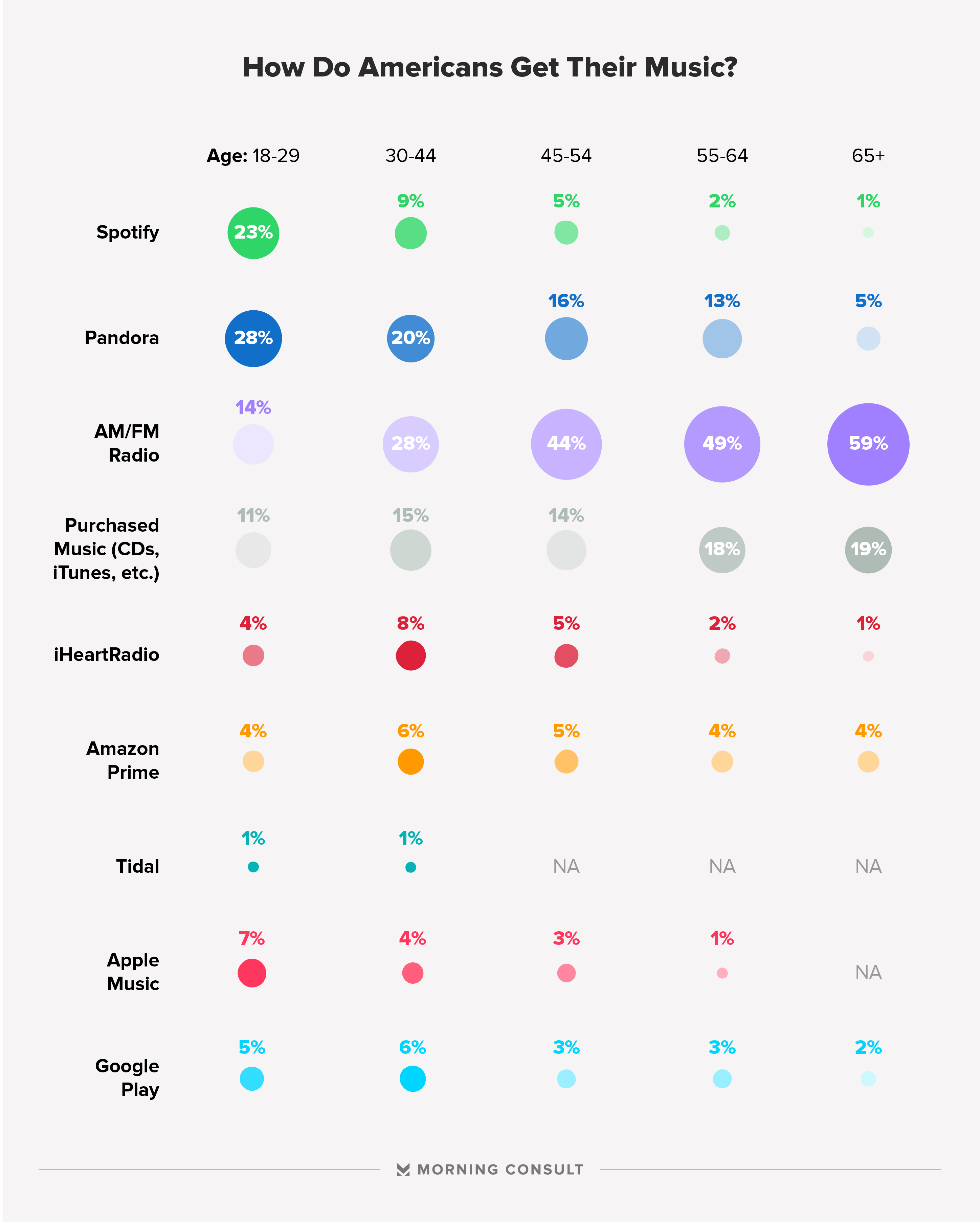 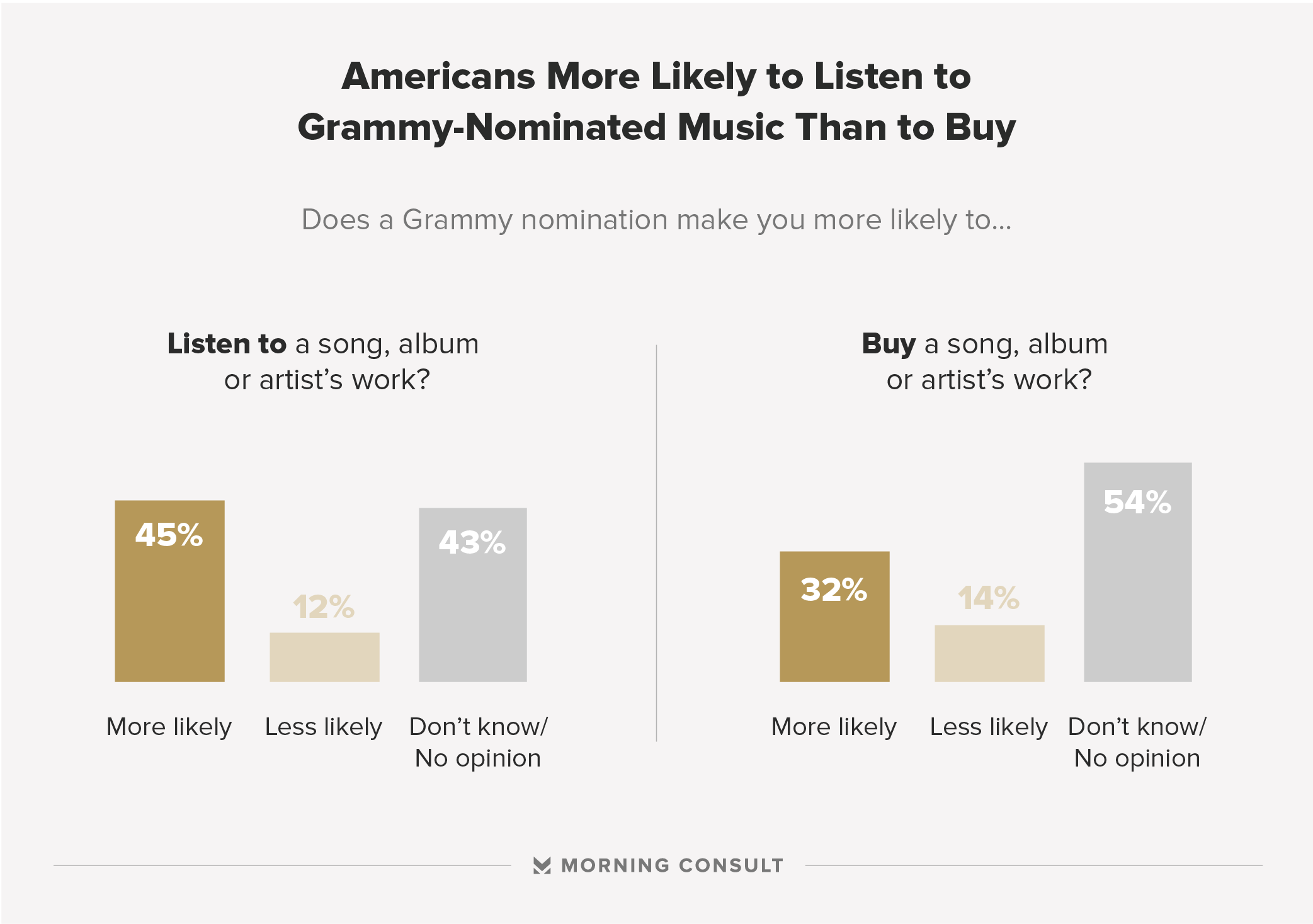 The poll was conducted between Dec. 6 and Dec. 8 among 2,000 adults and has a margin of error of plus or minus 2 percentage points. Crosstabs are available here and toplines can be found here.