What Matters Most to Americans When They Fly

Traveling is hard, and the holidays make it even harder. While Americans prefer knowing what they’re getting upfront when they fly, they are still intrigued by a cheaper option.

Fifty-nine percent of people making $100,000 or more annually said they prefer traveling with a full-service airline that has fewer fees and provides the most services in the initial fare, according to a recent Morning Consult survey. Fifty-two percent of people making between $50,000 and $100,000 said the same. That number dropped to 38 percent for respondents making less than $50,000.

People also value their comfort during a flight: 81 percent said leg room is important, while 68 percent and 69 percent, respectively, said the same about choosing their own seat and sitting in seats that recline. In-flight Wi-Fi is important to 56 percent of respondents, and 53 percent noted the importance of on-board power outlets.

When it comes to luggage, 78 percent of respondents said overhead storage for carry-on items is important, a concern that may have influenced their responses when asked about United Airlines’ recently introduced “Basic Economy” fare. The company promises decreased ticket prices for passengers willing to: forgo picking a seat; board last; and not travel with overhead luggage. After being briefed on the offer, 39 percent of respondents said it negatively impacted their view of United Airlines. 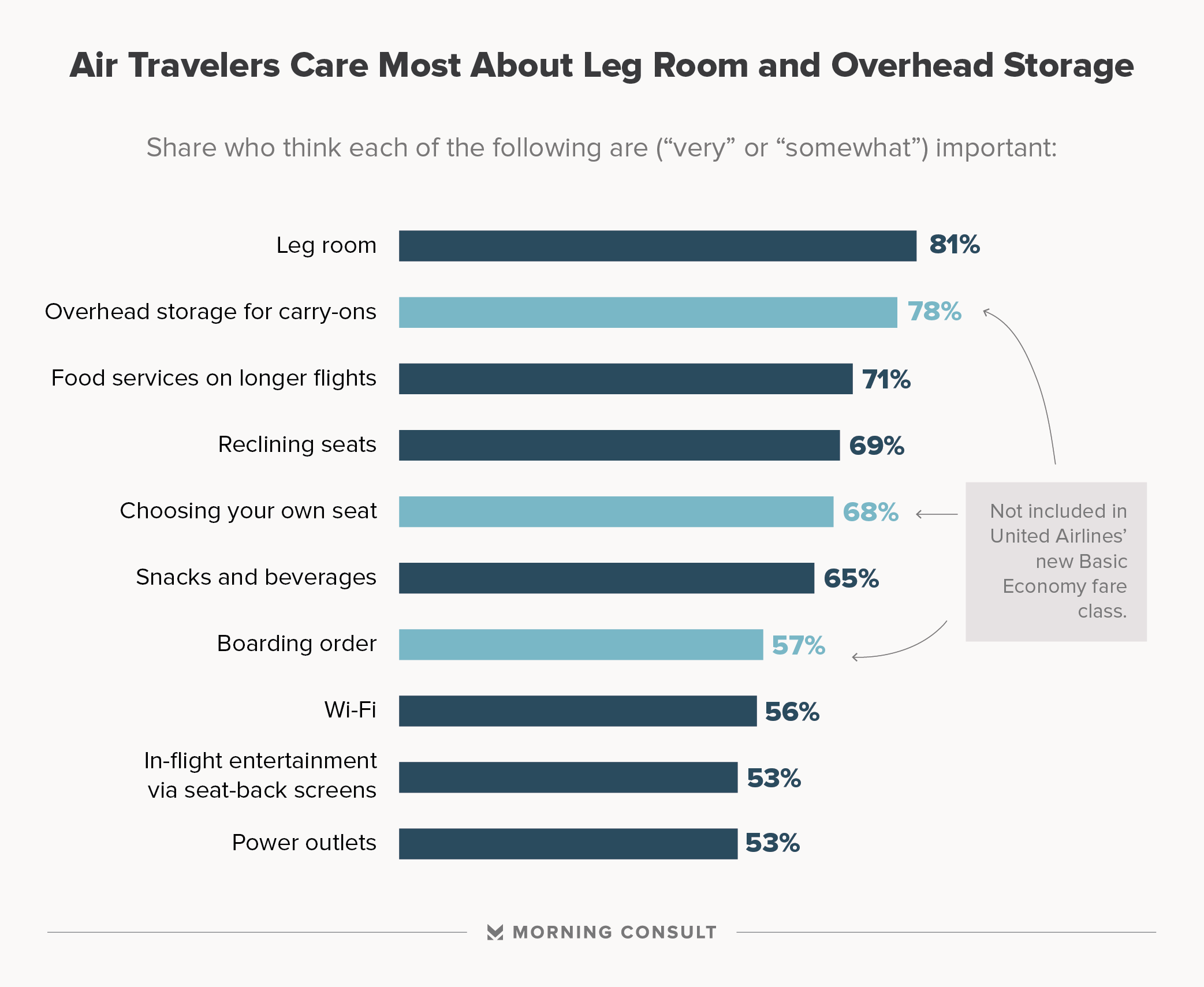 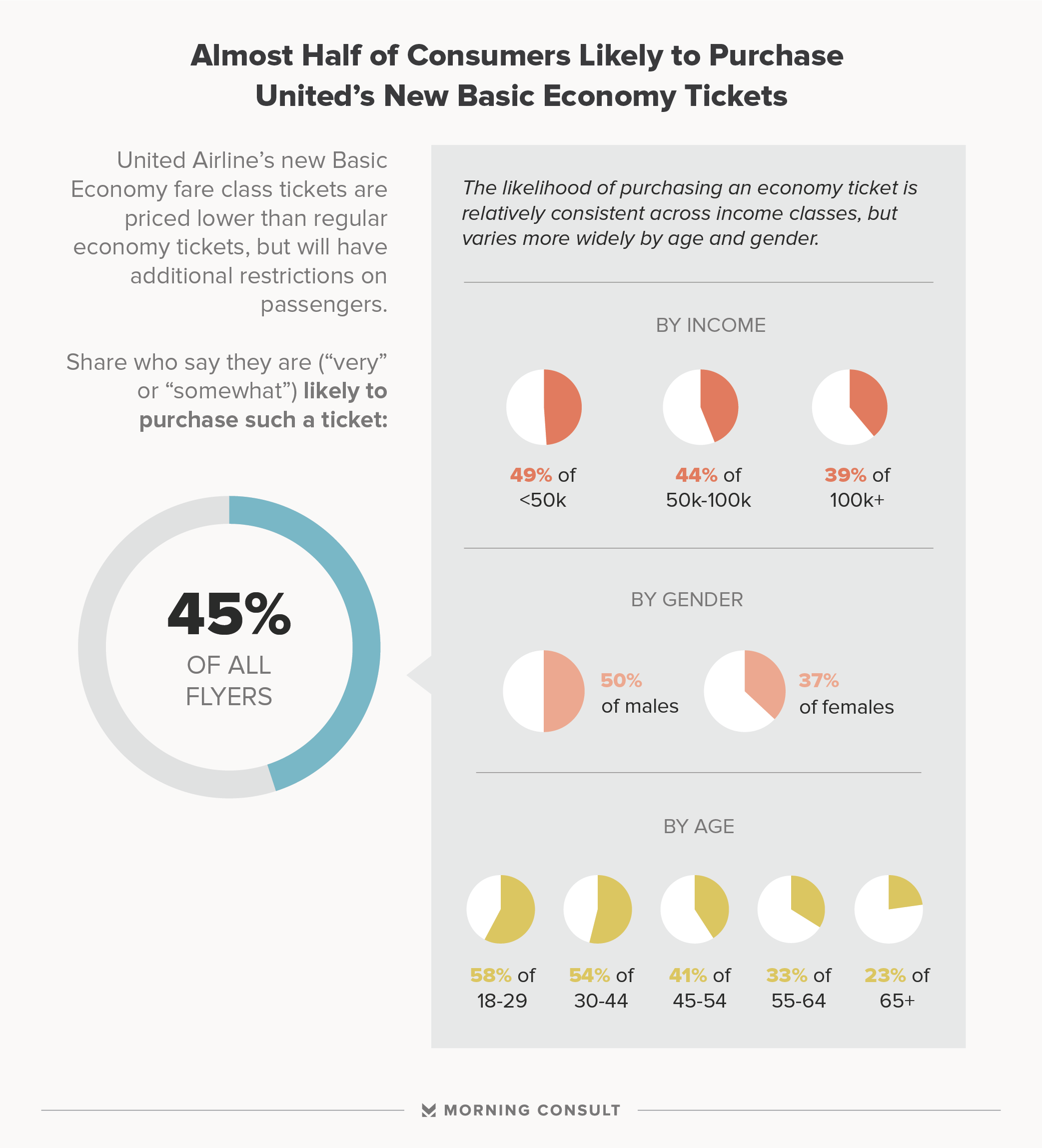 Polling was conducted among 1,562 adults from Dec. 16 through Dec. 19. Crosstabs are available here, and toplines are here.