What Voters Want to Hear Most in Trump’s Inauguration Speech

When President-elect Donald Trump takes the podium on Jan. 20 for his inaugural speech, American voters most want him to focus on jobs and healing the country, a new Morning Consult/POLITICO poll shows.

A healthy majority also said it was important for the president-elect to talk about his plans for a new Supreme Court justice (62 percent), how he plans to structure his business to prevent conflicts of interest (61 percent), and repealing President Barack Obama’s signature health care law, the Affordable Care Act (59 percent).

More from the Morning Consult/POLITICO poll: Voters Prefer Traditional Communication From the President 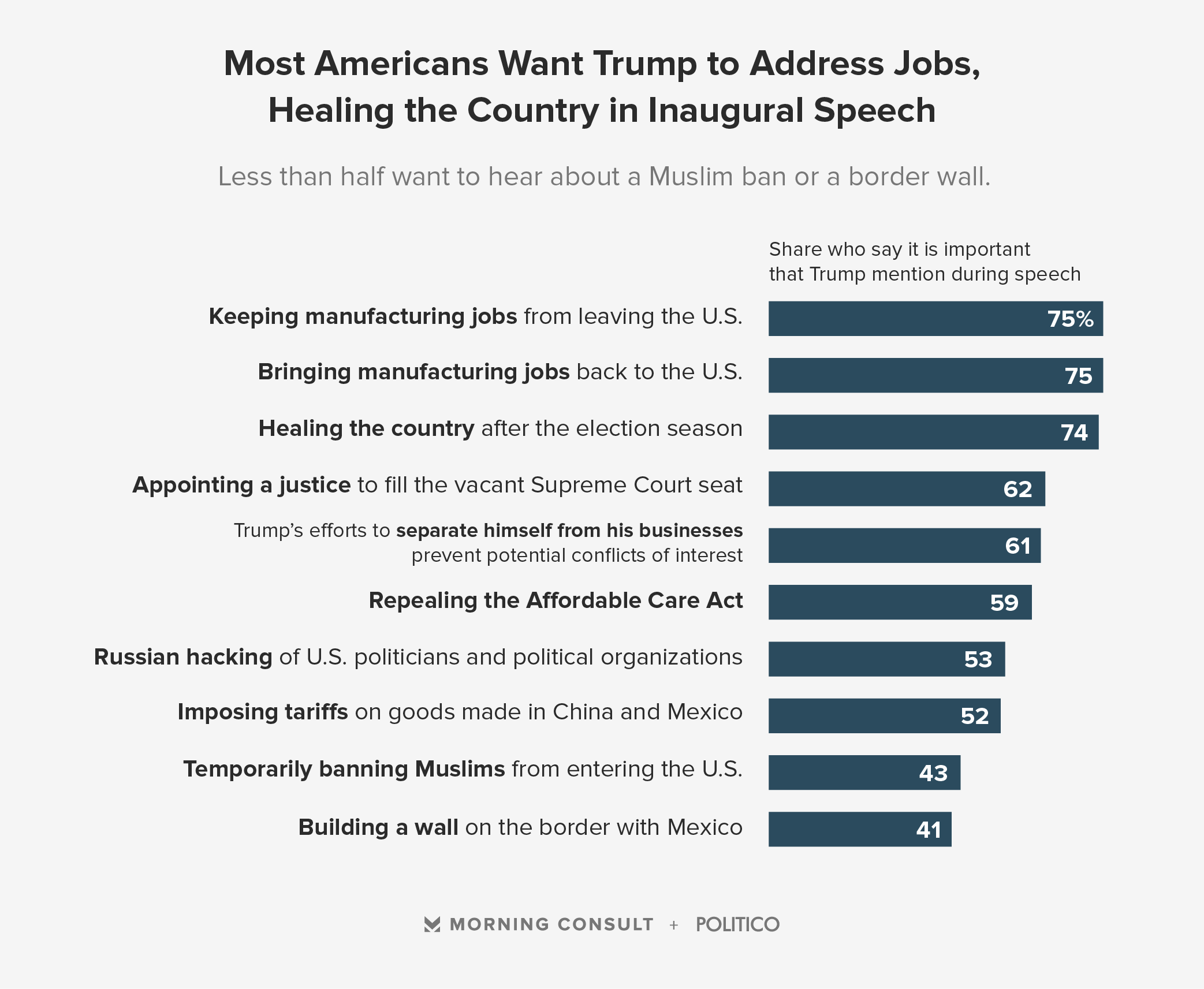 Roughly half of voters said they wanted Trump to talk about Russia’s interference in the election through hacking (53 percent) and his plans to impose tariffs on goods made in Mexico and China (52 percent).

The topics that were least pined for were two of Trump’s most controversial campaign topics. Just 43 percent of registered voters said they wanted him to talk about temporarily banning Muslims from entering the country and just 41 percent said it was important that he talked about building a border wall with Mexico. Those numbers were considerably higher among Americans who identified as Trump voters, 62 percent of whom said he should talk about the wall and 63 percent of whom wanted him to talk about a Muslim ban.

More from the Morning Consult/POLITICO poll: Who Would Win Between Trump and Obama? We Asked Voters

Trump voters also placed considerably more importance on an Obamacare repeal (85 percent), while they were less concerned with Russian hacking (49 percent) and preventing conflicts of interest (57 percent) than the general electorate.

The survey polled 2,000 registered voters Dec. 28-29. It has a margin of error of plus or minus 2 percentage points. See the full results here.