How Republicans Feel About Celebrities Shunning the Inauguration

Numerous celebrities have made it clear they won’t participate in President-elect Donald Trump’s inauguration if invited, a stance that a majority of Republicans disagree with.

When asked which view aligns with their own, 53 percent of Republicans chose the following response: “Celebrities and artists should perform at the inauguration if invited; the country needs to come together and continue to heal after a long election. Celebrities turning down invitations to make political statements only furthers the divide and disrespects the person who won the presidency.”

Thirty-two percent of Republicans opted for the alternate response: “Celebrities and artists should not perform at the inauguration if they do not want to. It is important that they are free to speak out against a president they do not support and would be a betrayal to their beliefs and their fans if they performed just to show unity.”

Alternatively, 77 percent of Democrats said performers should not abandon their beliefs, versus the 15 percent who said celebrities should forsake what they stand for on Inauguration Day. 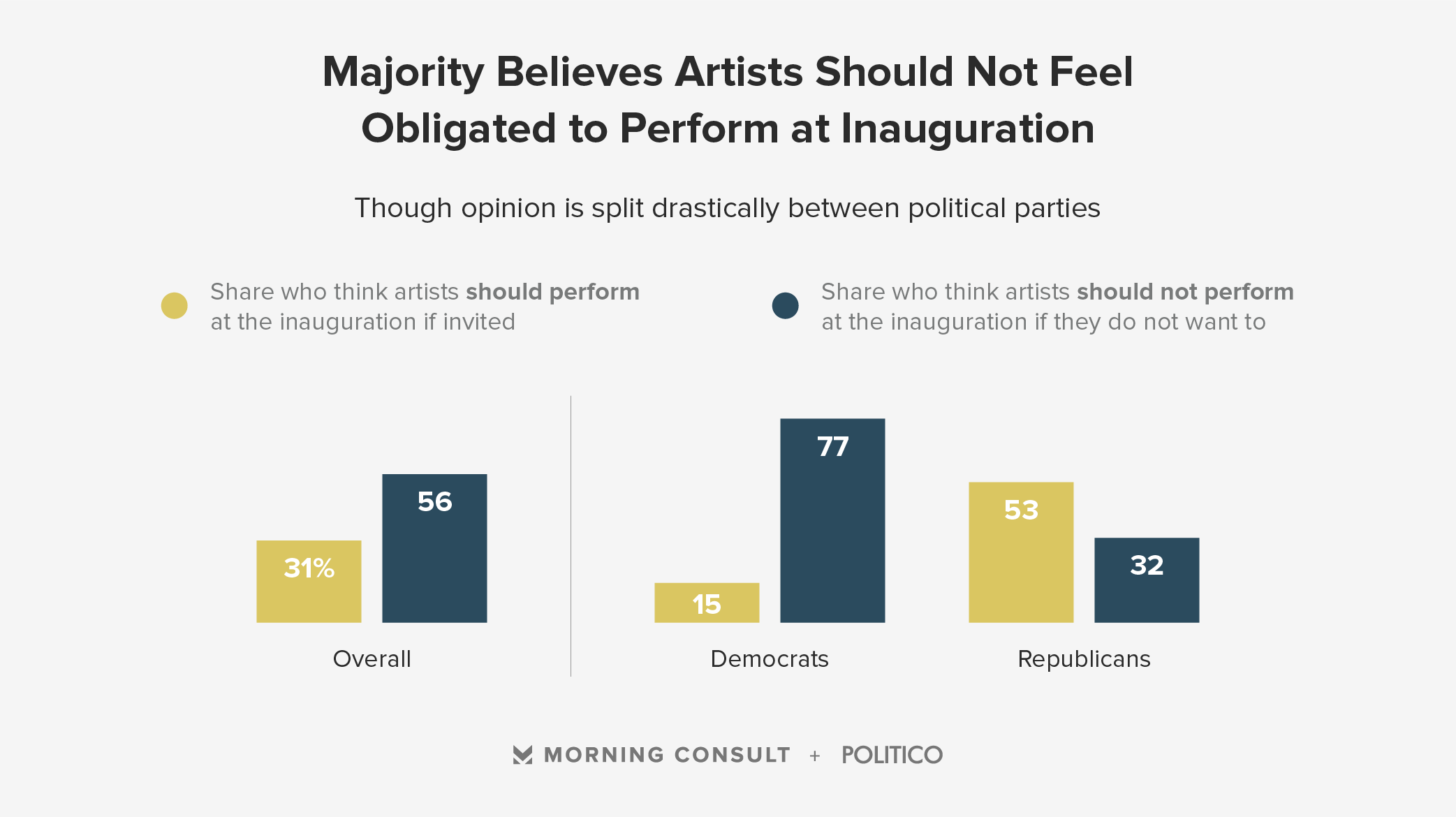 Among all adults polled, 56 percent sided with those who think celebrities should turn down an inaugural invitation if they do not support the incoming president.

Among all adults, Elton John and Justin Timberlake got the biggest bump in favorable views for saying they wouldn’t perform at the Inauguration. 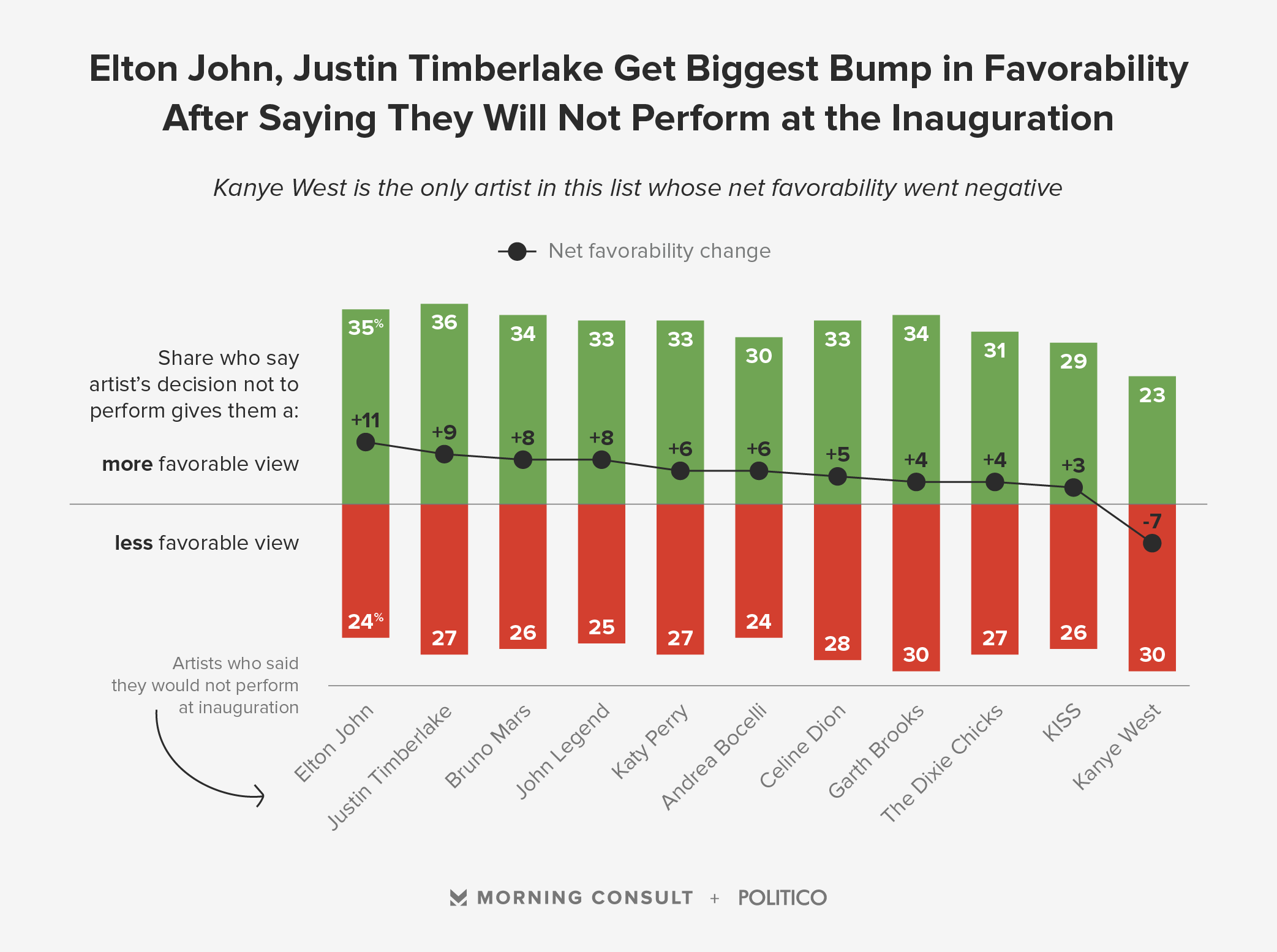 Polling was conducted on Dec. 28 and Dec. 29 among 2,000 registered voters nationwide. Crosstabs are here and toplines are here.

Update: The headline in the first graphic was updated to clarify that the obligation is not a legal one.