That includes 61 percent of independent voters and 48 percent of Republicans who said there should be a “clear alternative announced” before repealing the 2010 health care law. While 61 percent of all registered voters said that, 28 percent said Congress should repeal the law immediately “even if there is no current plan” to replace, and another 11 percent said they didn’t know.

The roughly a quarter of registered voters who believe there’s time for lawmakers to draft an alternative plan agree with the route GOP leaders in Congress are taking. The Senate is set to vote this week on a budget resolution that includes reconciliation instructions for the relevant committees to begin drafting reconciliation bills to repeal Obamacare. That will allow the Senate to repeal the law with a simple majority of 51 votes.

But about half the party’s base and even more voters who identify as independents and Democrats say they are on the same page as a growing number of lawmakers who say they’re uneasy about repealing the law without a replacement. At least half a dozen Republican senators have expressed concerns about repealing the law without having a replacement plan. 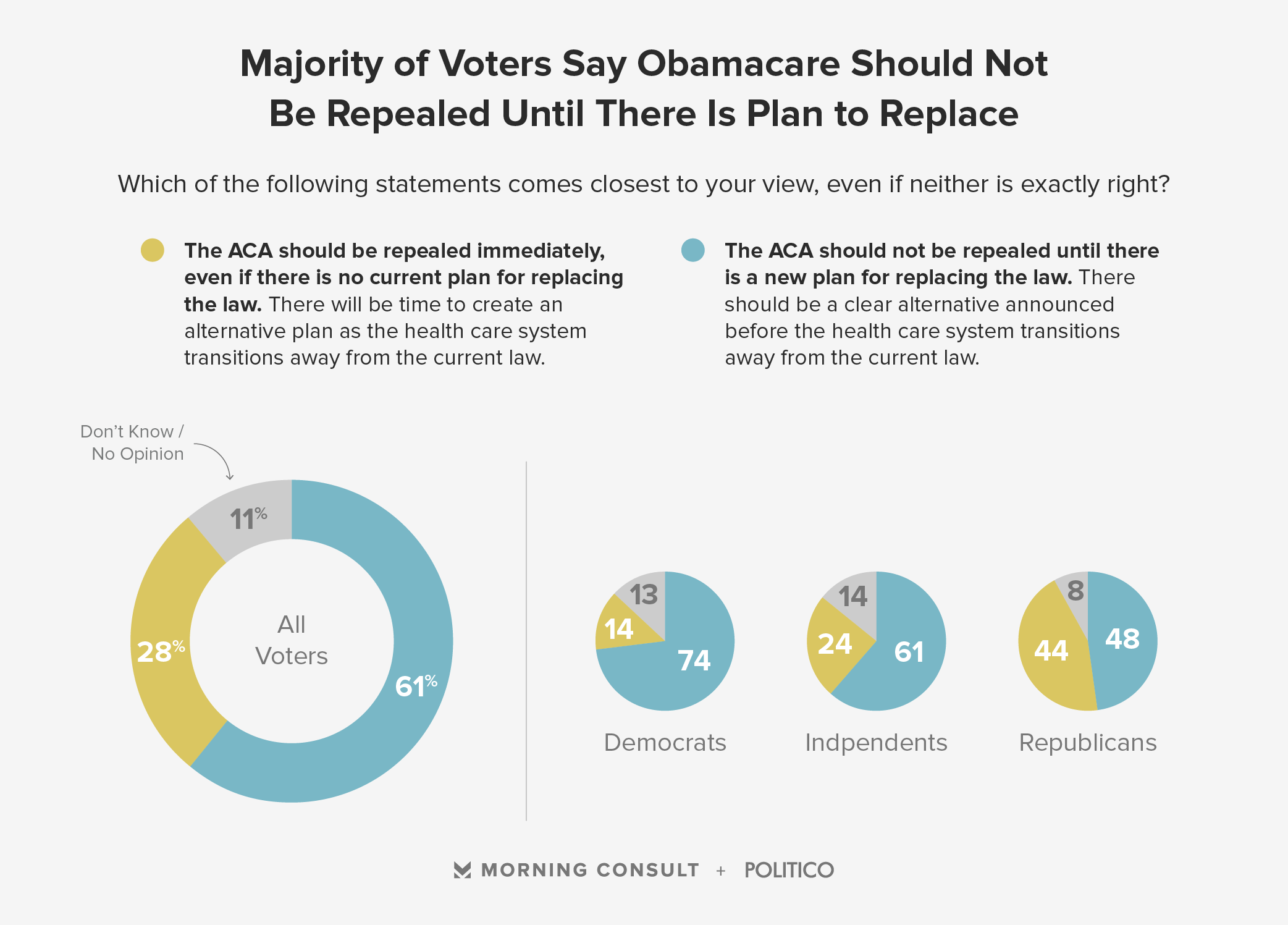 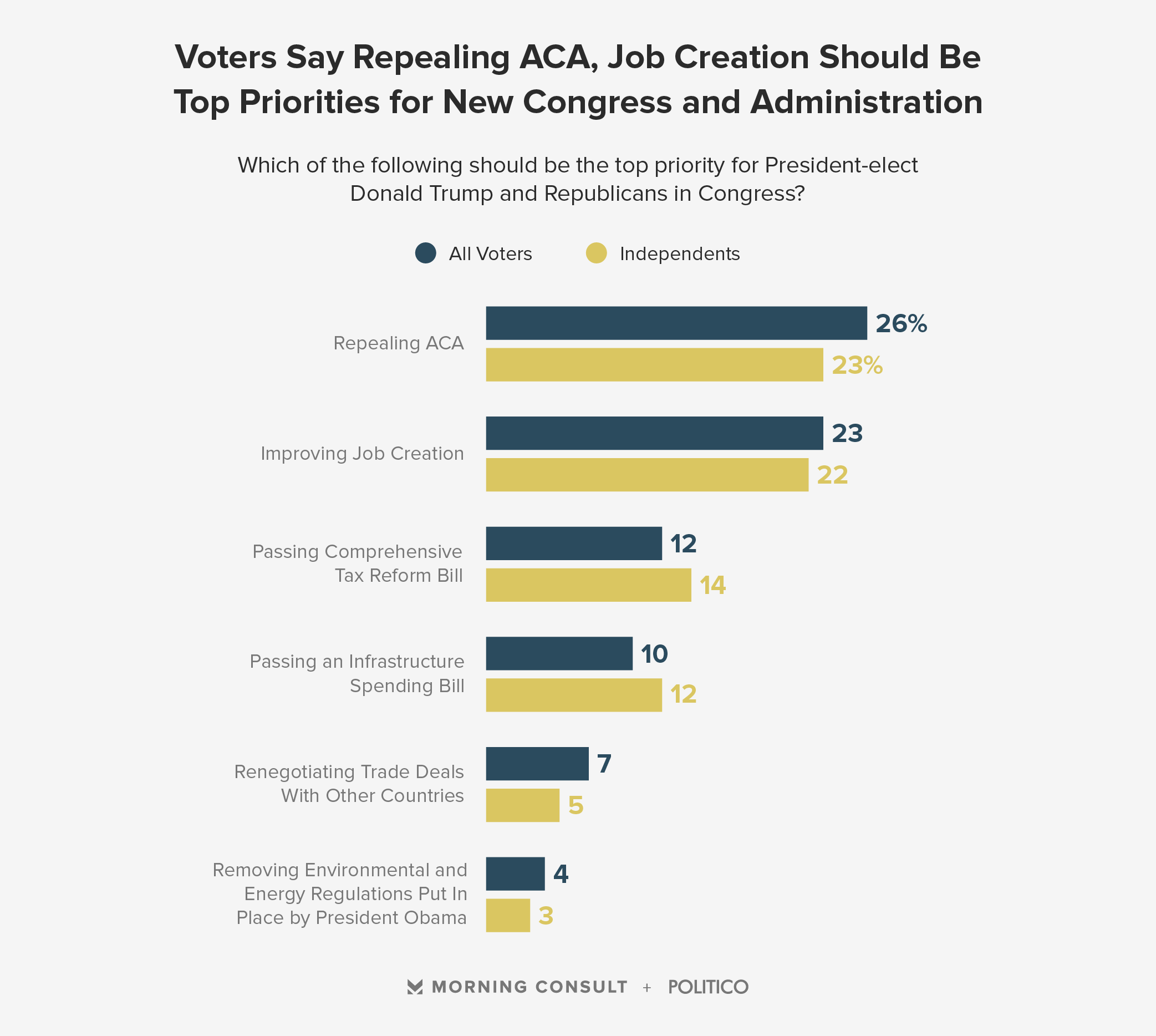 The survey may explain why voters of all stripes want to repeal the law: Cost. More than half of registered voters say that the ACA has made health care more expensive.

When asked about the fates of individual provisions within the law, respondents thought many of the provisions asked about should be left as is. Generally, people were more supportive of leaving individual parts of the law alone than they were repealing them.