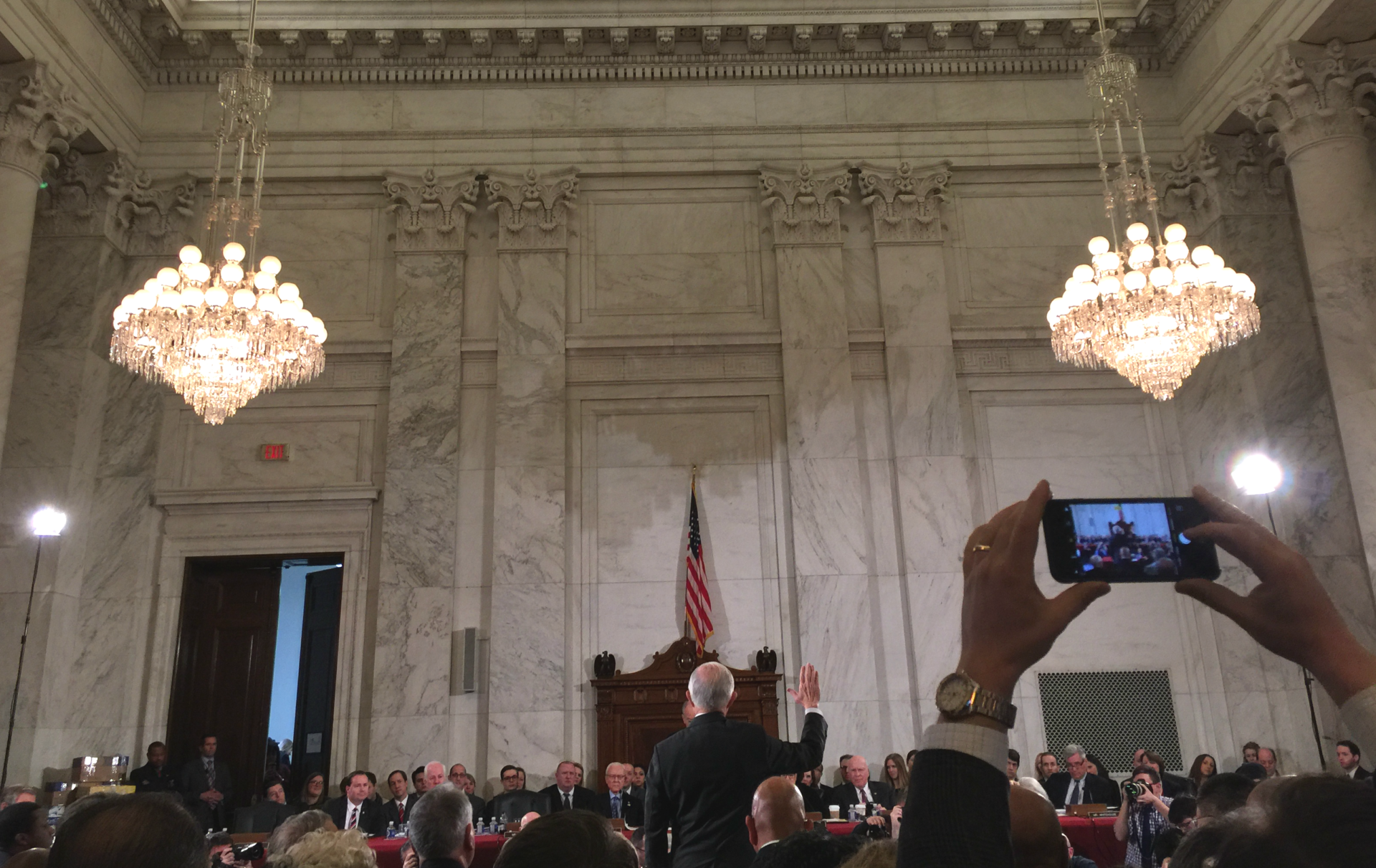 Alabama Sen. Jeff Sessions, Donald Trump’s pick for attorney general, forcefully defended himself on Tuesday from allegations of racism, telling his Senate colleagues during a confirmation hearing that they are “damnably false charges.”

In his opening remarks before the Senate Judiciary Committee, the longtime senator and former prosecutor went off the script provided to the public to address claims that he supported discriminatory policies and made racially insensitive comments. The charges of racism were key to the then-GOP-controlled Senate’s scuttling of his 1986 nomination to a federal judgeship.

Sessions defended his prosecution, as a U.S. attorney, of three black community organizers on numerous charges related to voter fraud, saying the effort was “to protect the integrity of the ballot.”

“These are damnably false charges,” Sessions said of the early 1980s case, in which all the accused were acquitted. “The voter fraud case my office prosecuted was in response to pleas from African American, incumbent elected officials.”

Sessions also said he “abhors” the Ku Klux Klan, chalking off a decades-old comment that he supported the KKK until he discovered they smoke “pot” as a joke.

“I abhor the Klan and what it represents and its hateful ideology,” he said.

Sessions also denied making statements about the National Association for the Advancement of Colored People and the American Civil Liberties Union, saying the comments were taken out of context.

“I never declared that the NAACP was ‘un-American’ or that a civil rights attorney was a ‘disgrace to his race,’” Sessions said. Both issues were also key to the Senate blocking his nomination to the federal bench in 1986.

With Senate Republicans holding a two-seat majority, Sessions is likely to be confirmed, but Democrats appear determined to put his record on civil rights under the national microscope. For the first time in history, a sitting senator, Democrat Cory Booker of New Jersey, is scheduled to testify against his colleague on Wednesday. Civil rights icon Rep. John Lewis (D-Ga.), who grew up in Troy, Ala., and was bloodied in the 1965 Selma march, will also testify.

Sessions’ GOP colleagues began the hearing by highlighting Sessions’ friendly personal relations with Democrats, and his work on bipartisan legislation during his two-decade tenure in the Senate. As a case in point, Sen. Susan Collins, among the GOP’s most moderate members, delivered an introductory speech in his favor. The hearing was periodically interrupted by protesters, who often chanted “no Trump, no KKK, no fascist USA” as they were removed from the room.

In his opening remarks, Sessions vowed not to be a “rubber stamp” for President-elect Donald Trump. During the statement, he also spoke passionately about issues that were the bedrock of Trump’s campaign, including immigration enforcement, supporting law enforcement and cracking down on violent crime and illegal drugs trafficked into the United States.

As the nation’s top law enforcement officer, Sessions would be tasked with enforcing all laws, including those he opposed as a senator. During questioning, Sessions weighed in on multiple contentious issues, explaining how he would act as attorney general: