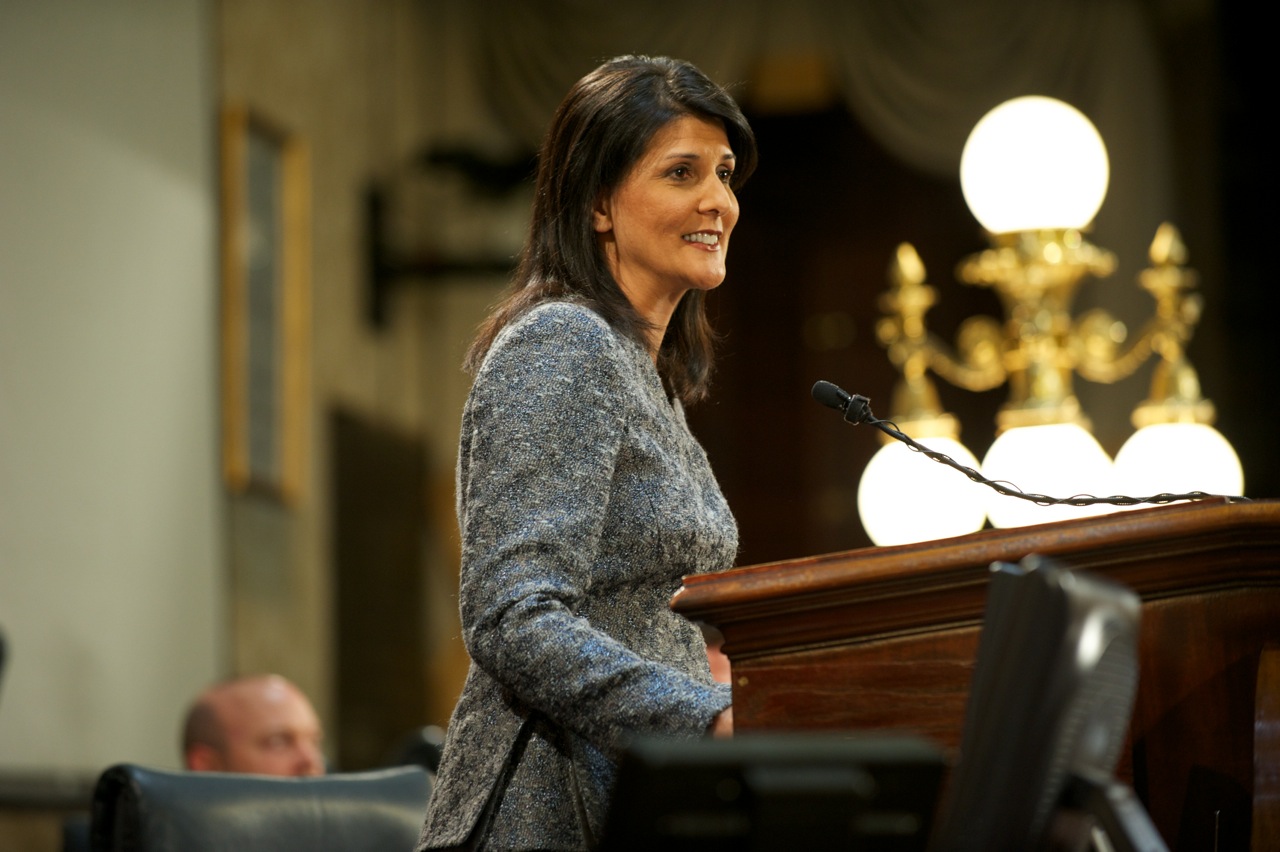 South Carolina Gov. Nikki Haley, Donald Trump’s choice to serve as the next United Nations ambassador, broke with the president-elect on Russia at her confirmation hearing Wednesday and took a hard-line stance in defending Israel.

Contrary to Trump, who has so far been reluctant to criticize President Vladimir Putin, Haley said of Russia: “I don’t think that we can trust them.” Haley, who testified before the Senate Foreign Relations Committee, made clear she backs maintaining economic sanctions imposed by the Obama administration in retaliation to Russia’s attempt to influence the 2016 presidential election. She also wouldn’t rule out the Trump administration imposing additional sanctions in the event of future action against the United States.

Haley also vowed to be a staunch defender of Israel. She rebuked the historic December move by the U.N. Security Council to condemn Israeli settlement activity on occupied territory.

“Today, over 40 years later, more and more Americans are becoming convinced by actions like the passage of Resolution 2334 that the United Nations does more harm than good,” she said in her opening statement.

While several Democrats were concerned about Haley’s statements on the Iran nuclear deal, her nomination is expected to be confirmed with some bipartisan support.

Other notable moments during the hearing:

Correction: An earlier version of this story misquoted one of Haley’s remarks about Russia.