Trump has been invited to address Congress in late February. (Rob Kunzig/Morning Consult)
By Jon Reid

While many Democrats assert that Russia’s meddling in the 2016 presidential campaign makes Donald Trump an illegitimate president, a plurality of voters say Russia’s hacking efforts had no impact on the outcome of the election.

In a new Morning Consult/POLITICO poll, 45 percent of registered voters said Russia’s cyberattacks against the Democratic Party and Hillary Clinton’s presidential campaign did not have any effect on the outcome of the election, as Trump maintains. While a plurality of voters were more likely to agree with Trump, 36 percent of respondents said the hacking altered the outcome, and 20 percent of voters said they don’t know. 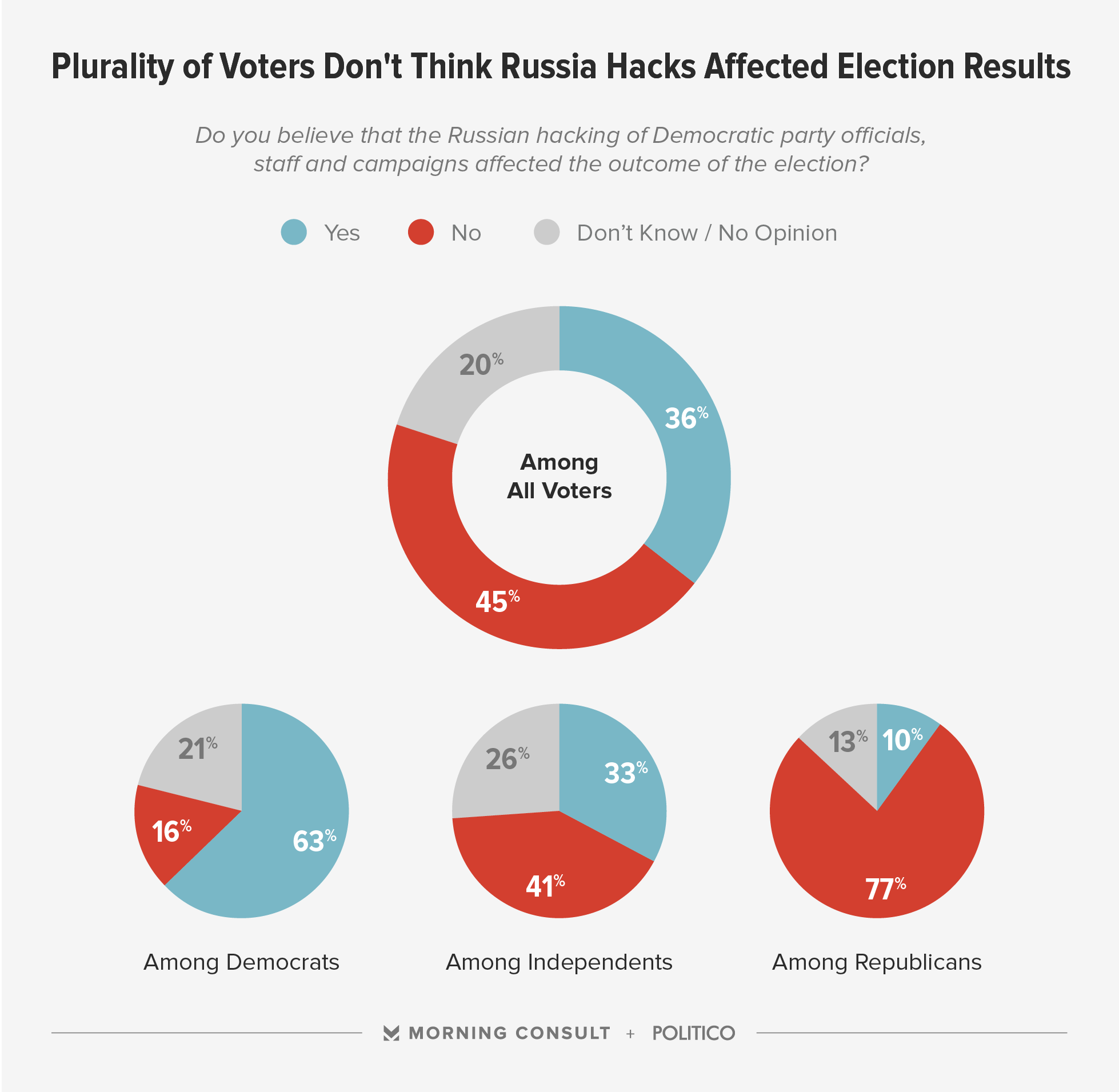 Republican and Democratic voters are divided over the issue, according to the poll. More than three-fourths of Republicans (77 percent) said Russia’s interference did not impact the election, while 63 percent of Democrats said it did. Among independents, 41 percent said it had no effect, compared with 33 percent who said it did.

During Trump’s news conference last week — his first since July 27 — the president-elect said for the first time that the former Cold War adversary carried out cyberattacks against American political targets during the 2016 election cycle.

As with the impact of Russia’s hacking efforts, Republicans and Democrats disagreed with Trump’s take on his relationship with Putin. More than half of Republicans (52 percent) agreed with Trump that it would be an asset for him to be liked by Putin, while 48 percent of Democrats said it would be a liability. Independents were almost split on the subject, with 26 percent saying it would be an asset and 22 percent calling it a liability.

The national poll, conducted from Jan. 12 through Jan. 13, consisted of 1,991 voters and has a margin of error of plus or minus 2 percentage points. See the full results here.