President-elect Donald Trump’s latest reiteration that the only people who care about his tax returns are journalists isn’t supported by survey data, but a new Morning Consult/POLITICO poll shows Republicans and independents are less interested in the matter.

“You know, the only one that cares about my tax returns are the reporters, okay?” Trump said on Jan. 11 during his first news conference since July 27. “They’re the only ones.”

A survey taken shortly after the press conference shows registered voters are split on the matter: 45 percent of respondents said they care that Trump has not released his tax returns, while 44 percent do not. The figures represent a significant shift from May, when voters were asked a similar question. 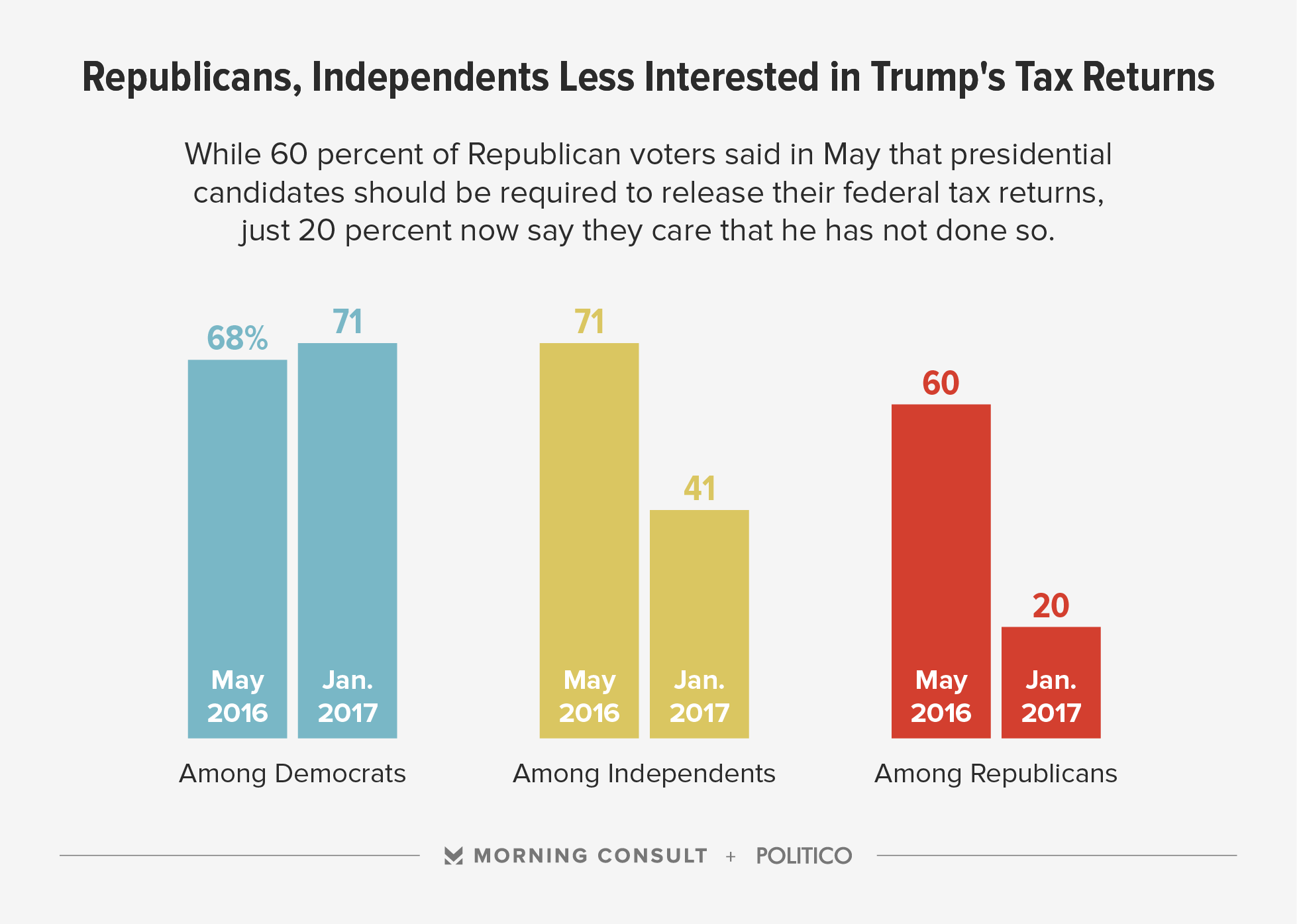 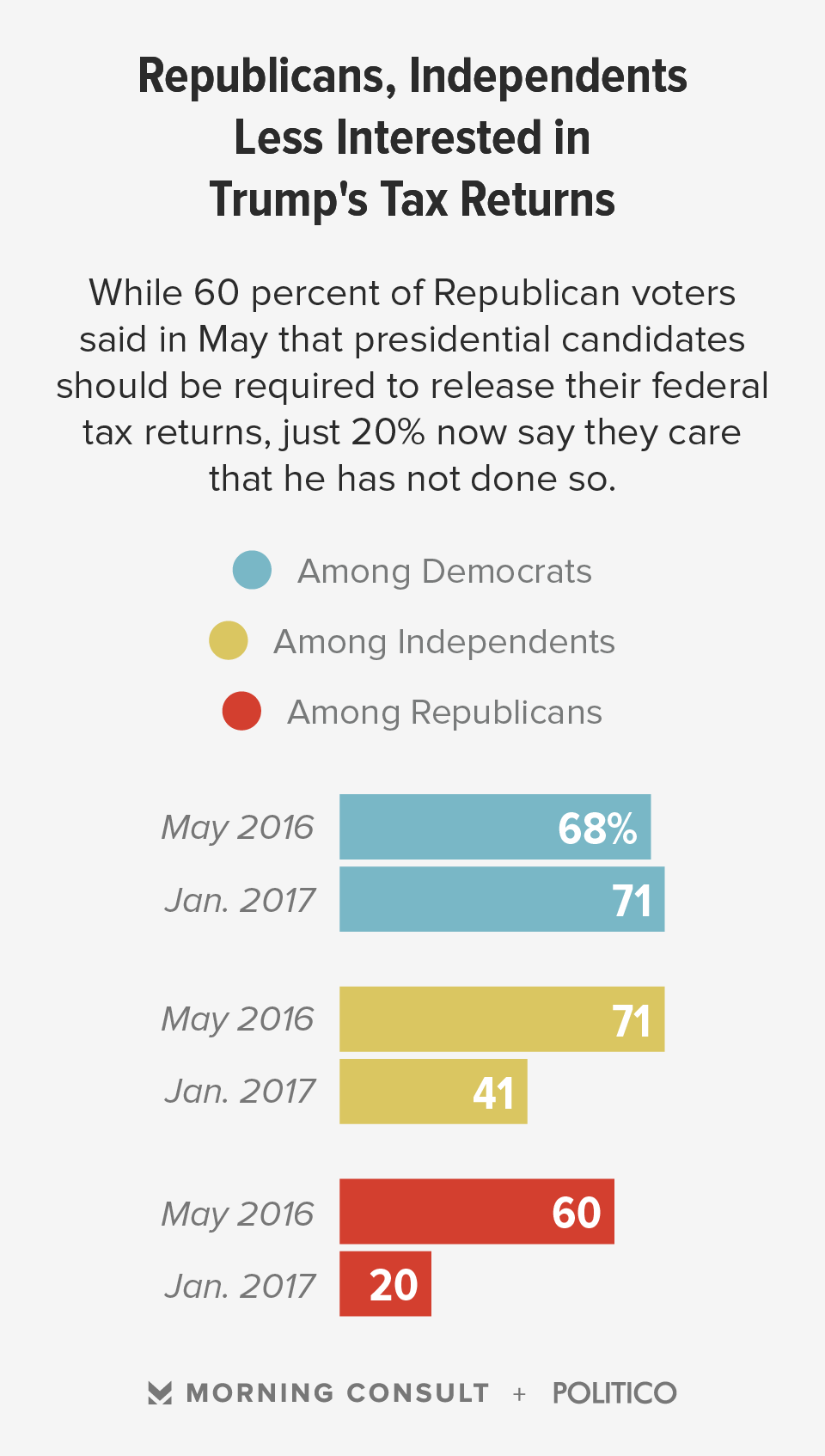 Meanwhile, interest among Democrats has increased. In May, 68 percent of Democrats said all candidates should required to release their returns, while 71 percent of those voters said this month that they care about Trump’s tax returns.

Despite the overall decline in interest regarding Trump’s tax returns, voters who do care about the issue feel very strongly about their position. Of the 45 percent of voters who said they care, 76 percent said they “care a lot.” That includes 51 percent of Republicans, 79 percent of independents and 82 percent of Democrats.

During last week’s news conference, Trump also said he will turn operational control of his company over to his sons — Donald Jr. and Eric — instead of fully divesting from his business. The announcement drew criticism from Office of Government Ethics Director Walter Shaub, who called the plan “wholly inadequate.”

Voters, based on their partisan leanings, are split on their confidence that Trump will avoid conflicts between his business interests and the best interests of the country. Forty-six percent of respondents said they are satisfied with Trump’s arrangement, while 40 percent said they aren’t. Twenty-two percent of Democrats voiced satisfaction, compared with 38 percent of independents and 76 percent of Republicans.

The national poll surveyed 1,991 registered voters on Jan. 12 through Jan. 13. It has a margin of error of plus or minus 2 percentage points. See the full results here.