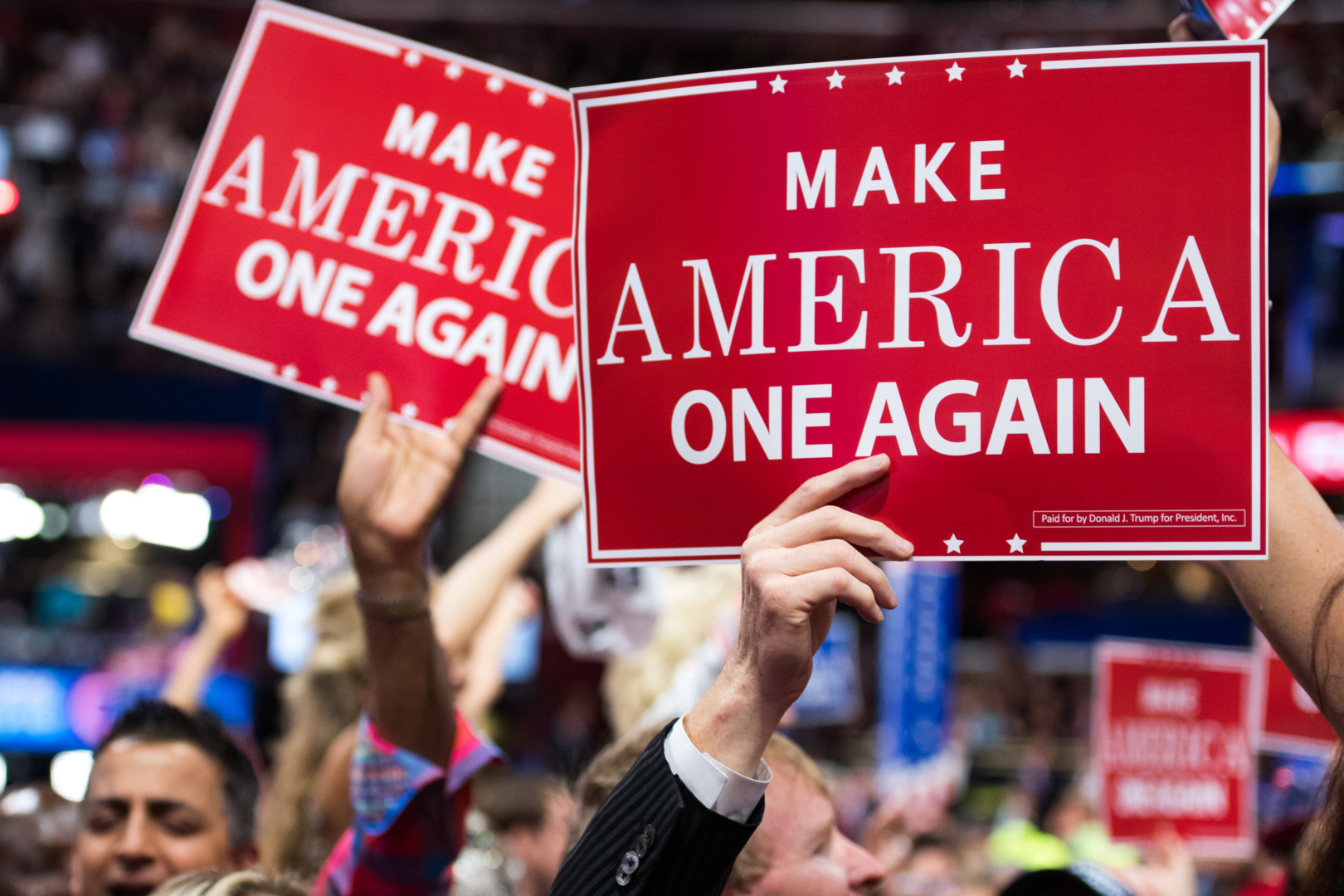 Reprising the themes of his campaign, President Donald Trump on Friday promised to bring more jobs to the United States, delivering on voters’ top priority for the speech.

Ahead of Trump’s inaugural address, 75 percent of registered voters said they wanted him to talk about bringing manufacturing back from other countries, and keeping manufacturing jobs in the U.S., according to a Morning Consult/POLITICO poll.

Decrying the loss of American manufacturing jobs — “That is the past,” he said Friday — Trump re-upped his “America first” pledge, vowing that his administration will back trade policies that encourage the sale of American-made goods at home and abroad. 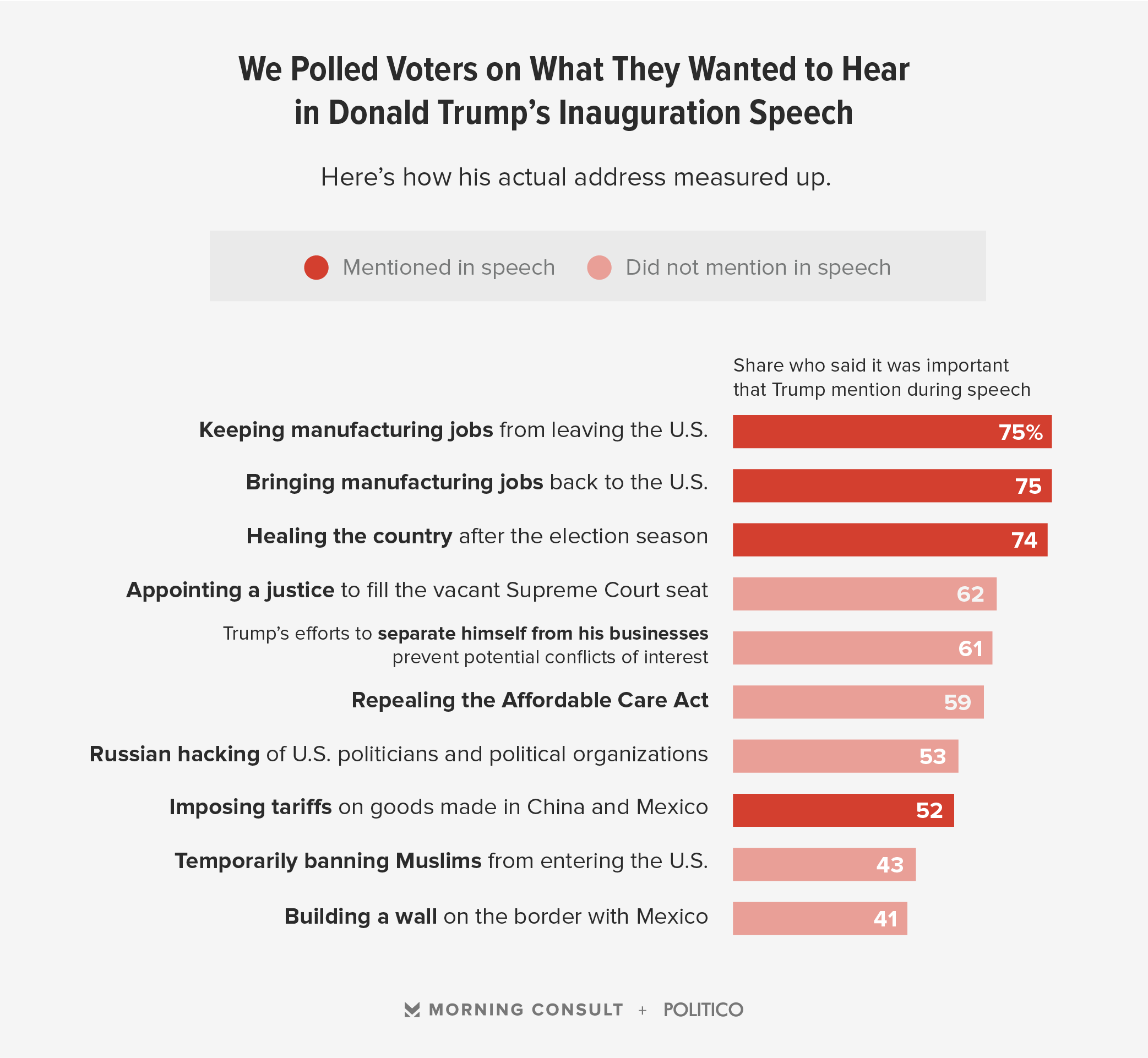 After a divisive election, almost as many registered voters (74 percent) said it was important for Trump to talk about healing the divisions of the country. He delivered that message on Friday.

“When you open your heart to patriotism, there is no room for prejudice,” Trump said. “We must speak our minds openly, debate our disagreements honestly, but always pursue solidarity.”

Before the speech, healthy majorities also said they wanted Trump to cover two pressing issues: his plans for a new Supreme Court justice (62 percent) and the repeal of President Barack Obama’s signature health care law (59 percent). Trump was silent on those issues Friday and instead stuck to another one of his top campaign themes — railing against the political establishment in the nation’s capital.

“We are transferring power from Washington, D.C., and giving it back to you, the people,” he said. “For too long, a small group in our nation’s capital has reaped the rewards of government while the people have borne the cost.”