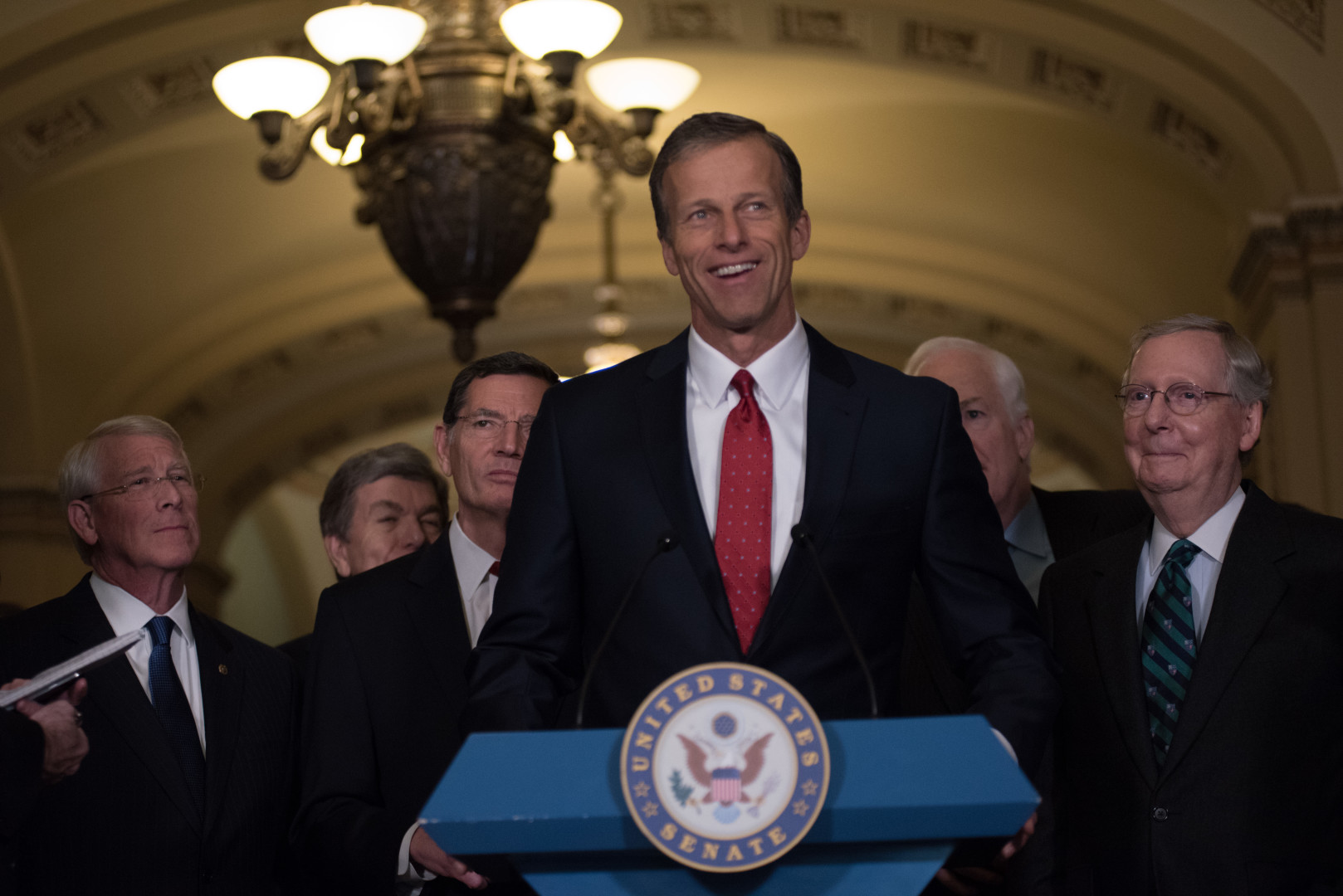 Senate Commerce Committee Chairman John Thune is eyeing another chance to pass legislation that would implement a telecom law for the internet. His latest push to do so was thwarted by the Federal Communications Commission passing its own net neutrality rule in 2015.

Now, the threat of a new Republican-led FCC nullifying the rules could help bring Democrats to the negotiating table, the South Dakota Republican suggested on Monday.

Thune told an audience at the State of the Net conference in Washington that the legislation is a top priority for his committee, along with improving broadband deployment and including broadband in an infrastructure package. He also wants to work on legislation to “modernize” the FCC, a nod to an FCC process bill he sponsored in the previous Congress.

Thune got a boost in his effort almost immediately. While he was speaking, Republican FCC Commissioner Ajit Pai announced that President Donald Trump had designated him as chairman of the agency.

Pai has been an outspoken critic of the agency’s decision to reclassify internet service providers as common carriers, a move that allowed the FCC under President Barack Obama to regulate internet service providers in the same manner as traditional phone companies. The incoming FCC chairman wrote in December to the heads of five communications trade organizations indicating Republicans on the commission will “seek to revisit” the net neutrality proceeding “as soon as possible.”

Thune said the fear of a complete repeal of the FCC’s net neutrality rule might bring Democrats on board with his push for a legislative solution. “Who knows? The reality of a Republican FCC may help inspire some of my Democrat colleagues to embrace the idea that a bipartisan legislative solution is the best possible outcome,” he said Monday.

Thune said he expects to achieve bipartisan agreement on his “legislation to protect the open internet.” He didn’t discuss how this plan would fit in to a piecemeal approach to rewriting the 1934 Communications Act, a broader goal that he discussed with reporters earlier this month.

Thune released a draft proposal of an internet bill in the last Congress to prohibit paid prioritization, throttling and blocking content. It offered open internet, but it also also avoided treating internet services as traditional phone service. The effort petered out after the FCC approved its net neutrality rules.

“We need clear and reasonable rules for the digital road that internet companies, broadband providers and end users can easily understand,” Thune said on Monday, adding that legislation from Congress is the only way to make that happen.

Thune called the net neutrality rules “complex and ambiguous regulations that shift with the political winds.”

Thune’s other goals for the committee include expanding the availability of airwaves for private-sector use and modernizing the FCC. His committee take the first step on the first goal on Tuesday, when it is slated to vote on the MOBILE NOW Act, which would give government agencies incentives to surrender federally-owned bands of spectrum for wireless companies to use. The bill also would speed 5G infrastructure.

The committee advanced the measure last Congress, but it never received a full Senate vote.