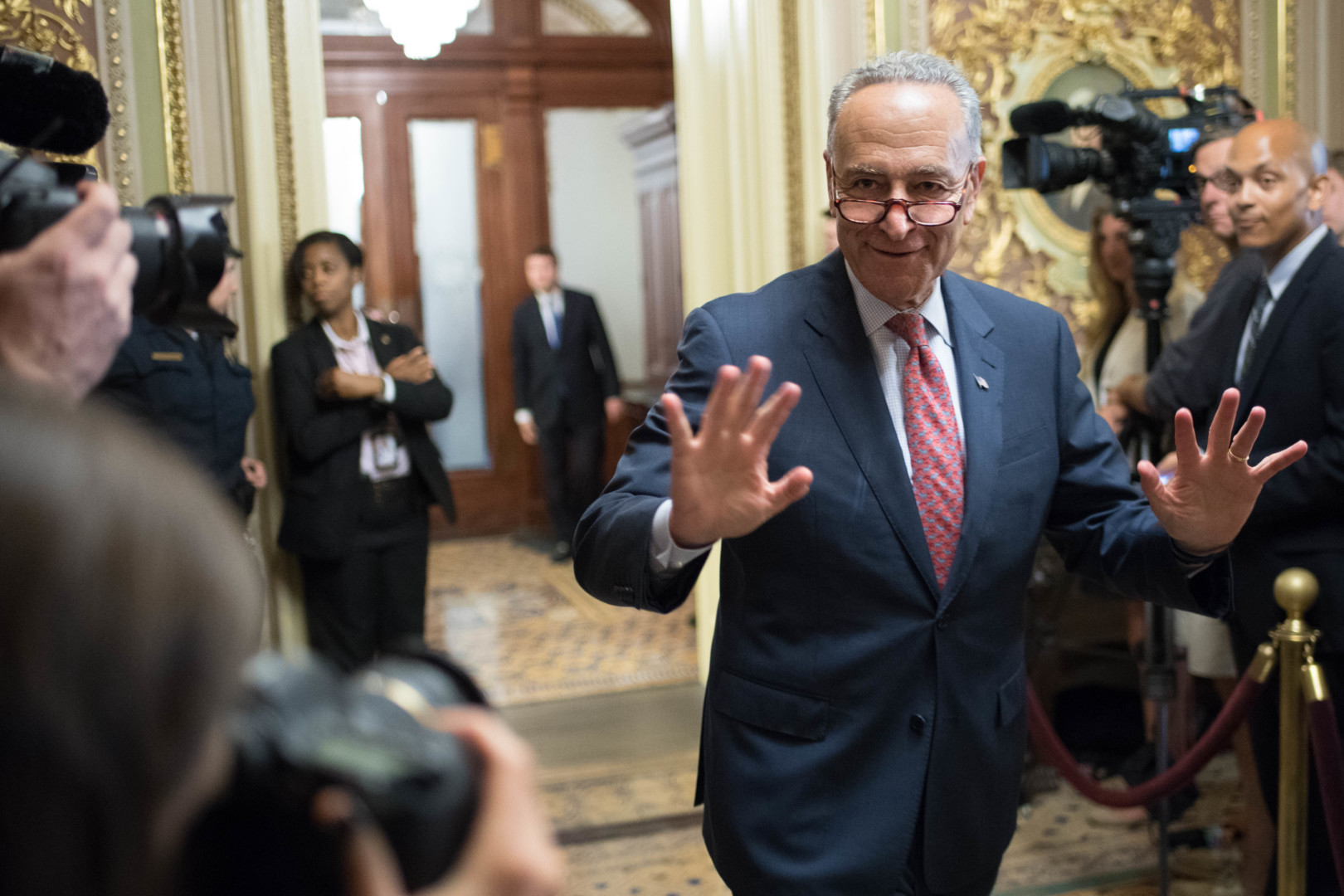 Senate Minority Leader Chuck Schumer (D-N.Y.) announced the wide-ranging proposal at a Capitol Hill news conference and laid down a gauntlet for the new president by saying, “We’re challenging him today to join us.”

According to Schumer’s office, the Democratic plan costs $1 trillion and consists of:

Schumer said the plan, if fully implemented, would create 15 million American jobs over the next decade. He added that Trump “seems open to a bill that’s this large” after some discussion with congressional leaders at the White House on Monday.

Schumer said Democrats will not support large public-private financing options or tax incentives because “we don’t want all of the benefits going to developers and wealthy people.”

“I don’t think we ought to borrow almost $1 trillion and max out a lot of federal accounts,” the Kentucky Republican told reporters on Capitol Hill. He said he would work with the Trump administration after it puts forth an infrastructure plan of its own.

Speaking earlier in the day, House Speaker Paul Ryan (R-Wis.) told reporters he did not know how large an infrastructure package would be. He said lawmakers would determine the “fiscal space” in their spring budget.