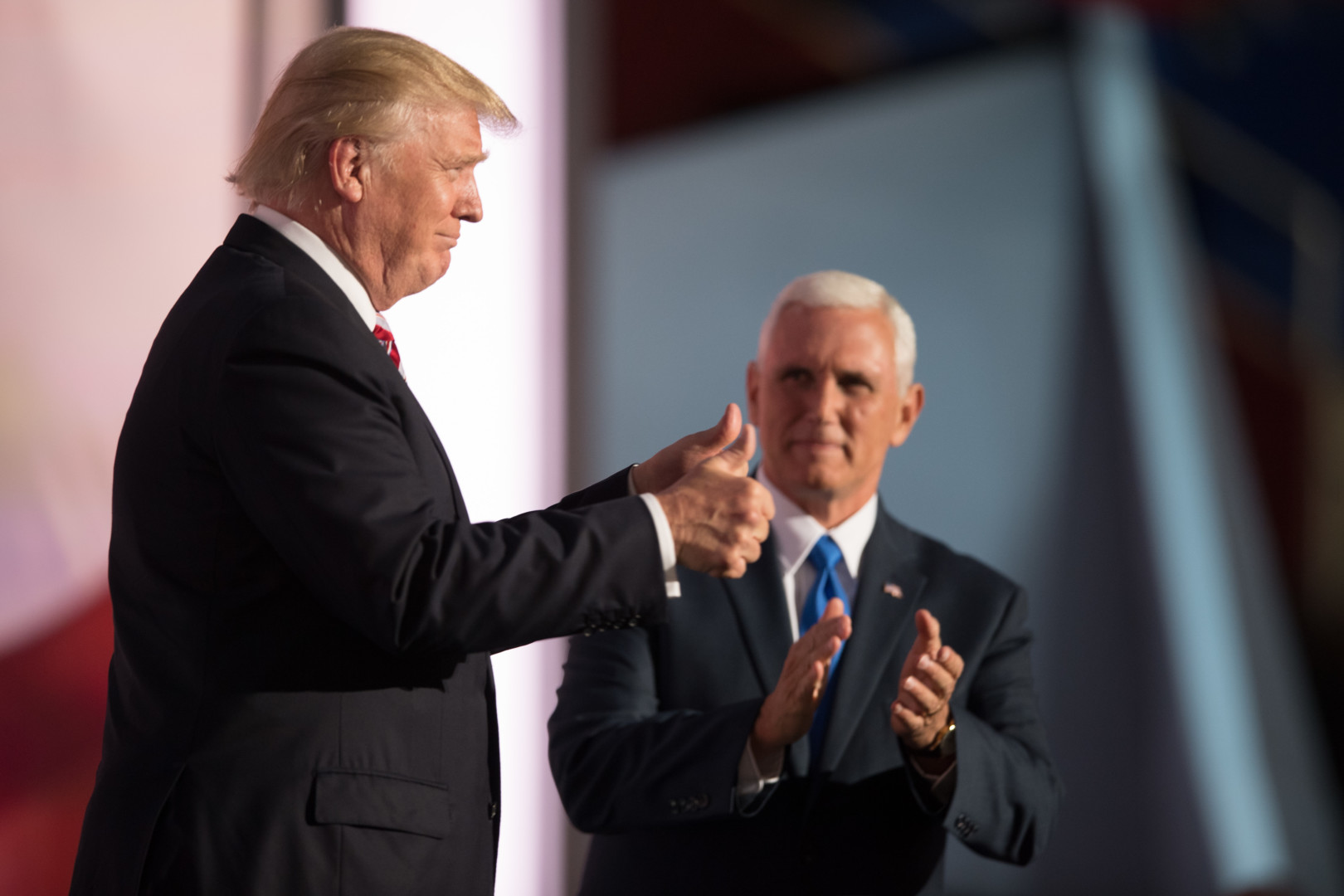 Donald Trump begins his presidency with his popularity on the upswing, and Morning Consult/POLITICO survey data indicates many voters like his “America first” agenda and pledge to create more jobs for U.S. citizens.

Almost half (49 percent) of voters view Trump favorably following his Jan. 20 inaugural speech, which hit squarely on trade protectionism and re-energizing the manufacturing sector, while 44 percent still view him unfavorably. That’s a 7-point net swing from just before the speech, when 46 percent of voters viewed him favorably and 48 percent viewed him unfavorably. It’s one of the biggest spikes in favorability since his election on Nov. 8, and underlines a broader trend: Voters react positively when Trump talks about jobs.

Trump’s popularity with the public was a bit of roller coaster ride during his tenure as president-elect, falling nine points underwater at one point in mid-November. But voters’ perception of him changed dramatically following the announcement of the Carrier deal at the end of that month. In the following days, Trump’s negatives fell from 47 percent to 45 percent, and his positives rose from 46 percent to 50 percent. 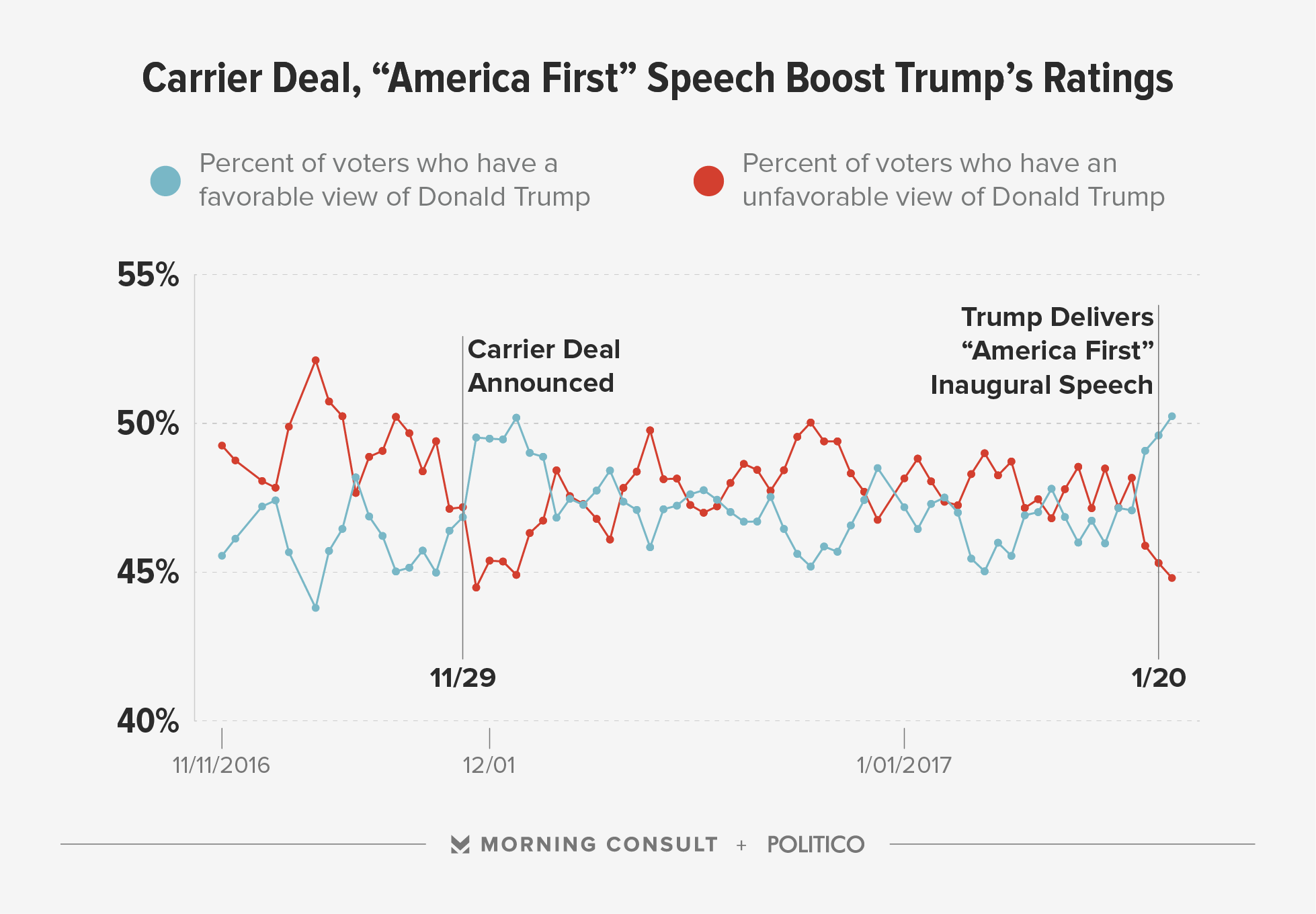 It’s a similar bump following the inauguration speech on the National Mall, when Trump told the country, “From this moment on, it’s going to be America first. Every decision on trade, on taxes, on immigration, on foreign affairs, will be made to benefit American workers and American families.” Sixty-five percent of poll respondents viewed that message positively, including 64 percent of independents and half of Democrats. About 6 in 10 voters, including 48 percent of Democrats, also said the federal government should be required to follow Trump’s mantra: “Buy American and hire American.”

For blue-collar workers, the appeal to Trump’s pitch is understandably higher. Roughly three-fourths (74 percent) of voters with blue-collar jobs had a positive reaction to the “America first” argument, and 87 percent said they thought the federal government should conduct business with those rules.

Voters were less united in their approval of the speech overall. A near majority (49 percent) of voters said it was either excellent or good. More than half (51 percent) said it was optimistic, and one-third disagreed with that assessment.

Fifty-five percent said the speech was much better or somewhat better than expected, suggesting most voters may be willing to cut Trump some slack early on. That could also explain, in part, a bump in his approval rating. Almost half (49 percent) of voters said they approved of his job performance as president, compared with just 46 percent who backed his tenure as president-elect. His disapproval is also down 4 points over that time, from 48 percent to 44 percent.

The survey polled 1,992 registered voters from Jan. 20-22 and has a margin of error of plus or minus 2 percentage points. The full crosstabs are available here.