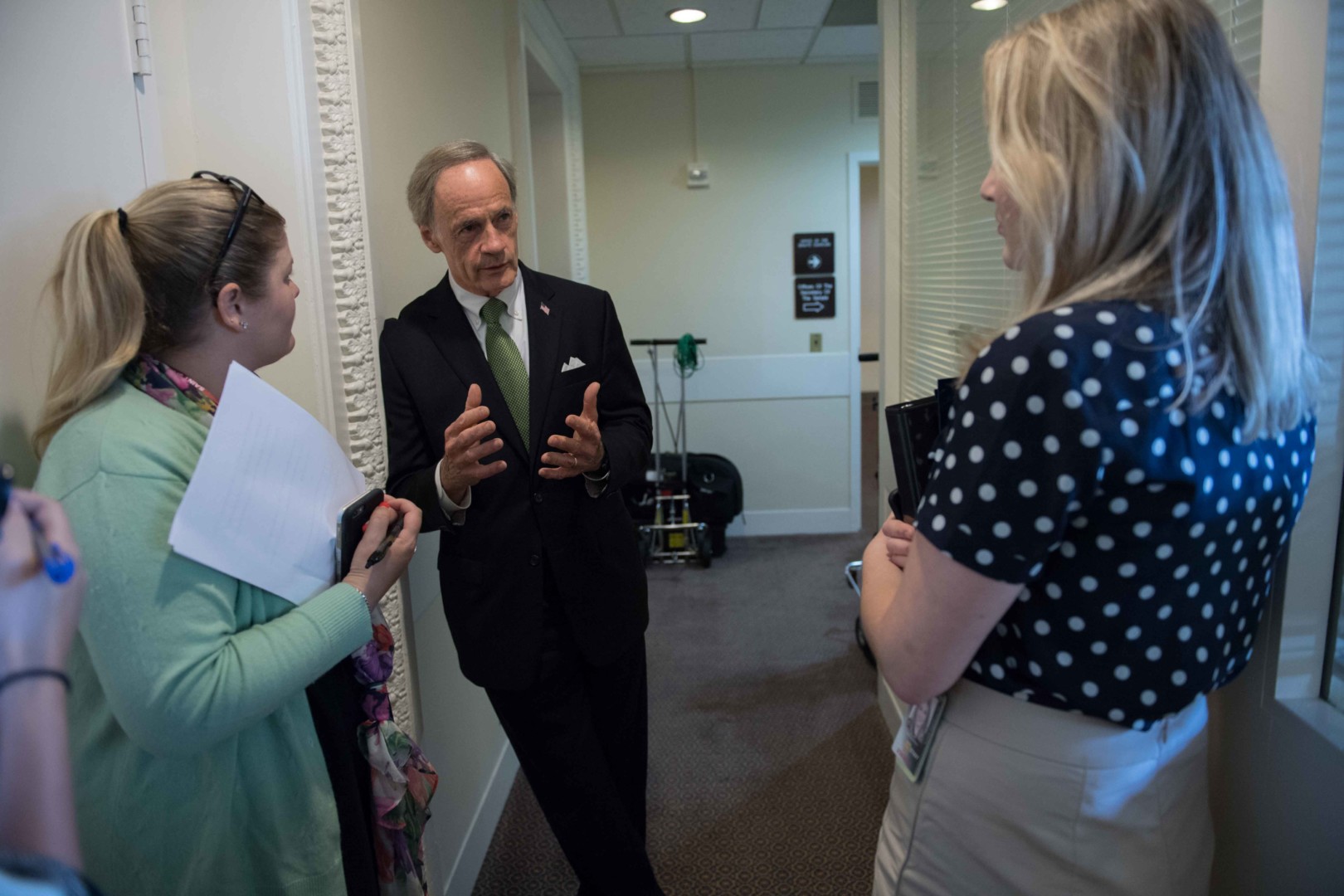 “We’re going to make sure Scott Pruitt is moved from the committee to the floor and he will then get confirmed to be administrator of the EPA,” Environment and Public Works Chairman John Barrasso (R-Wyo.) told reporters when asked if he plans to suspend rules to get past Democrats.

Republicans the Senate Finance Committee bypassed the requirement that at least one member of the minority party must be present to call a quorum, and on Wednesday sent Treasury nominee Steven Mnuchin and Health and Human Services nominee Rep. Tom Price (R-Ga.) on to a vote in the full Senate.

Democrats had complained that Pruitt did not respond to all their questions for the record after his January confirmation hearing. In particular, when asked to provide documents pertaining to his work as attorney general of Oklahoma, Pruitt simply referred senators to the attorney general’s office rather than offering documents himself.

Sen. Ed Markey (D-Mass.) called Pruitt’s response a “Go FOIA yourself,” referring to the Freedom of Information Act. Sen. Kamala Harris (D-Calif.) said in a statement the boycott is “about transparency in government.”

But Republicans said Democrats were holding up the vote because they disagreed with Pruitt on the role of the EPA. Pruitt sued the agency multiple times as attorney general.

Senators submitted 1,078 written questions for the record after Pruitt’s hearing and Pruitt answered all of them, though some of his answers did not directly address the question.

Republicans noted that former presidents Bill Clinton, George W. Bush, and Barack Obama all saw their EPA administrators confirmed quickly after their first election. But Republicans also boycotted the vote on Gina McCarthy, who was nominated in 2013 after Obama’s re-election.

Barrasso said Pruitt should not be compared to McCarthy because Obama was not a new president when he nominated her.

“The newly elected president, I believe, has a right to their Cabinet, and that’s what I’m comparing time after time after time,” Barrasso told reporters.

Sen. Jerry Moran (R-Kan.) said the boycott is a testament to the Senate’s broader dysfunction.

“Today the example is [that] this committee doesn’t function,” he said.

Correction
Corrected to say that Mnuchin and Price were being considered by the same committee.