Poll: If There Was Voter Fraud, Trump Benefited Most

President Donald Trump has insisted, without evidence, that the 2016 election was rife with illegal voting that prevented him from winning the popular vote. But a new survey finds that among Americans who believe there was fraud, Trump is seen as the likely beneficiary of those votes.

A Morning Consult/POLITICO poll conducted Jan. 26 through Jan. 28 found that 35 percent of voters viewed Trump as the presidential candidate who was helped by voter fraud. Three in 10 voters said they thought Democratic nominee Hillary Clinton most likely benefited from voter fraud, while 18 percent said no fraudulent ballots were cast and 17 percent had no opinion. 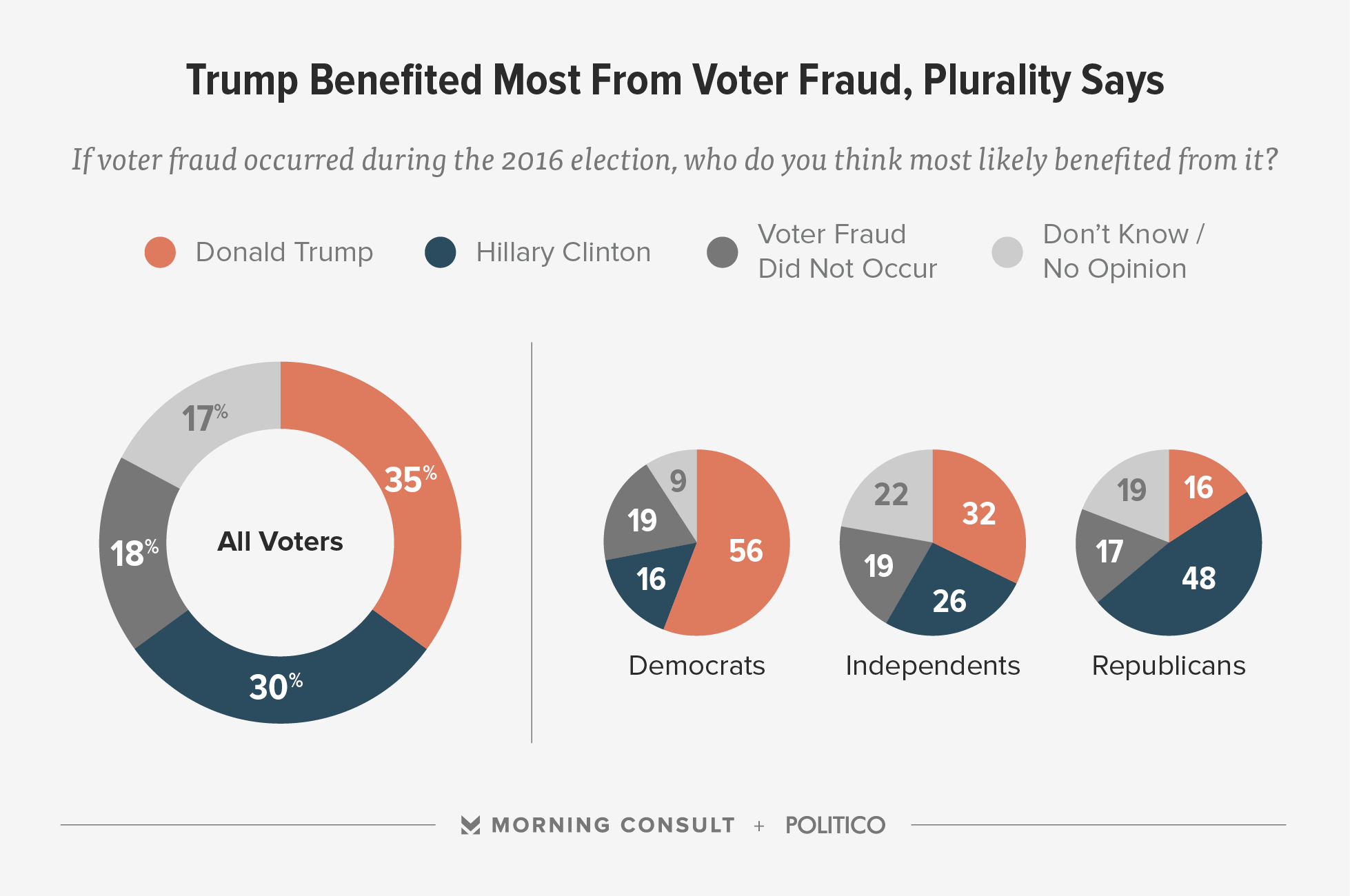 Voter views on who benefited from any fraud were divided along party lines: 56 percent of Democrats said illegal voting likely helped Trump, while 48 percent of Republicans said Clinton benefited. Among voters of both parties, 16 percent said voter fraud helped their party’s nominee.

The survey was conducted in the days following Trump’s latest assertion that between 3 million and 5 million votes were cast illegally for the 2016 presidential election. Trump lost the popular vote to Clinton by about 2.87 million votes, according to CNN. 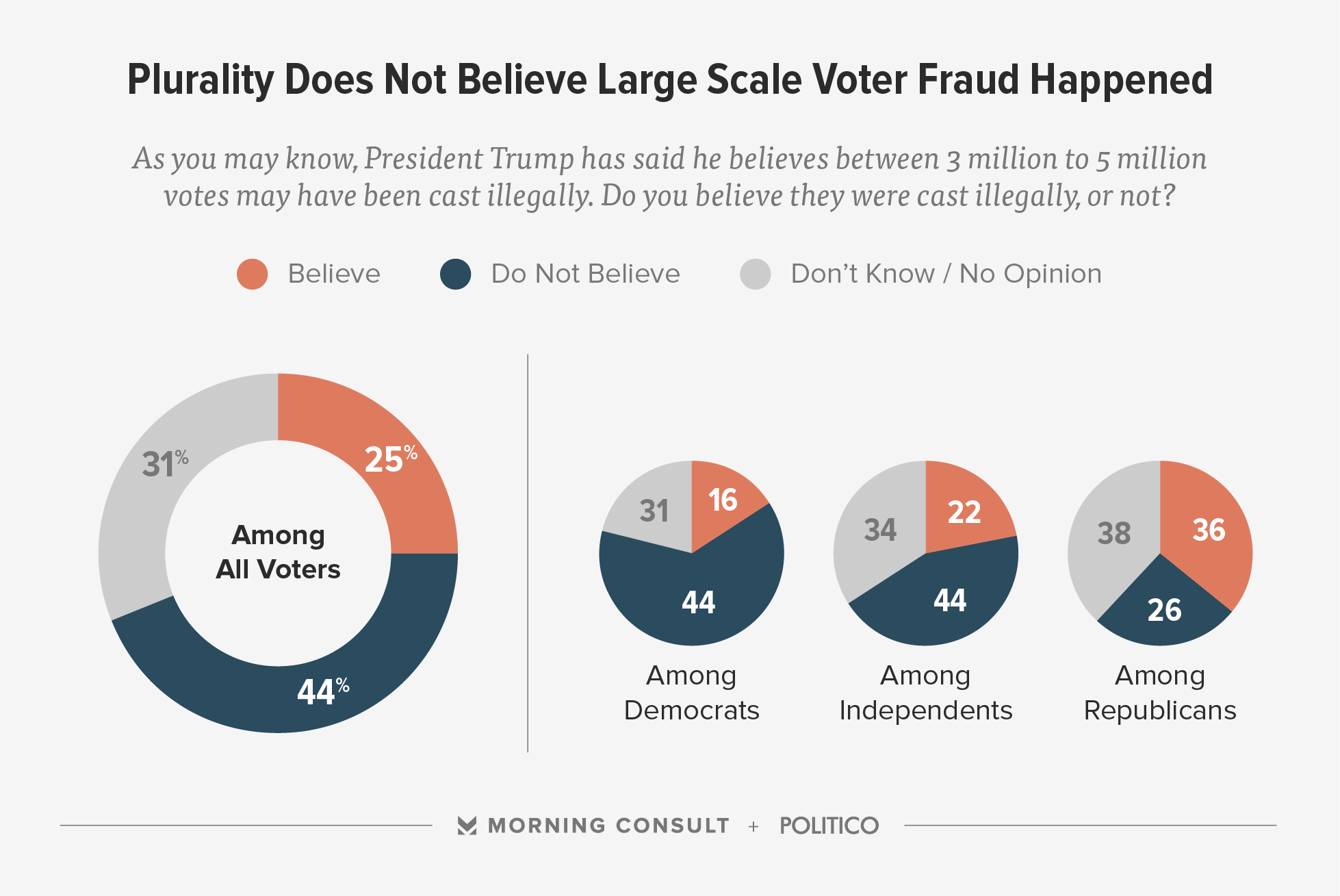 Trump has also said that no one who voted illegally cast a vote for him.

Thirty-nine percent of African-American voters said they think voter fraud is common, compared with 43 percent of white respondents who said the same.

The national poll surveyed 1,991 registered voters. It has a margin of error of plus or minus 2 percentage points.