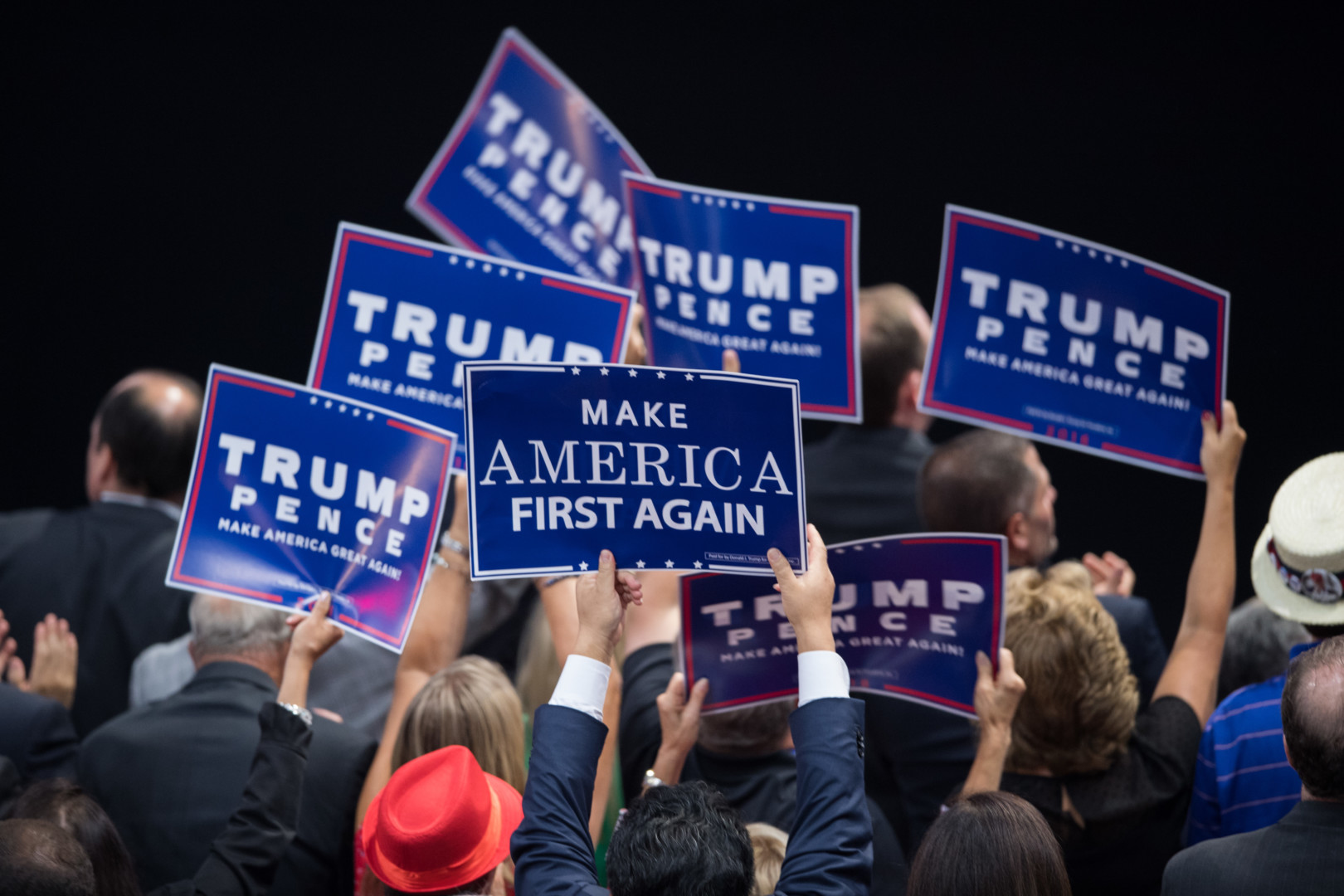 President Donald Trump’s first week in the White House proved an eventful one, and many American voters say they are more optimistic about the country’s future, a new survey shows.

More than 4 in 10 (42 percent) registered voters said they feel things in the country are going in the right direction, according to a new Morning Consult/POLITICO poll conducted Jan. 26 through Jan. 28. That’s up from 38 percent who were optimistic in the previous poll, and the last time that many voters had a rosier view of the country’s trajectory was in March 2015. In the days immediately after the election, just 29 percent of voters said the country was headed in the right direction.

Related: Poll: If There Was Voter Fraud, Trump Benefited Most

Almost 7 in 10 (68 percent) Republican voters say the U.S. is on the right track, compared with 76 percent of Democrats and 66 percent of independents who said it was headed the wrong way.

Before his Friday signing of an executive order banning refugees and citizens from seven Muslim-majority countries from entering the country, which sparked protests across the country and dominated the news cycle through Tuesday, Trump put pen to paper on a number of other directives. By and large, voters viewed the orders favorably, though some were not as popular as others.

Trump’s order to revoke federal funding from so-called “sanctuary cities,” localities that do not prosecute undocumented immigrants for violating federal immigration laws. More than 8 in 10 (82 percent) of Republicans backed that order, as did 51 percent of independents and almost 1 in 3 (30 percent) Democrats. Another order to freeze government regulations until the new administration can review them was similarly popular among voters of all political leanings. 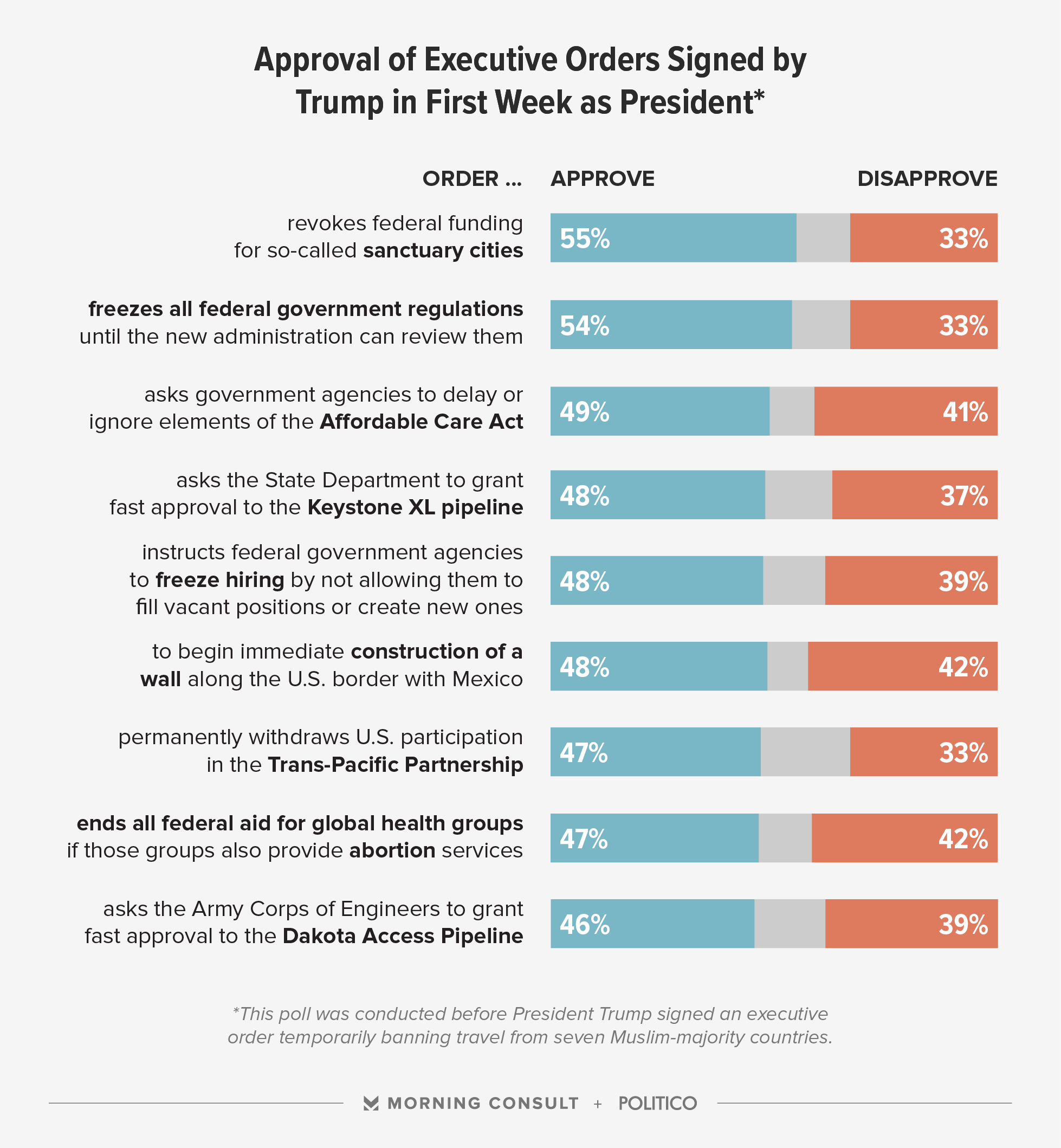 Least popular among voters were orders to begin construction of a border wall; reinstatement of Ronald Reagan’s Mexico City policy, which bars federal aid for global health groups who provide abortion services; and the fast-tracking of the Dakota Access Pipeline. Orders asking government agencies to ignore or delay elements of Obamacare and to freeze federal hiring were also less popular by comparison.

Trump’s net approval rating remained relatively flat, although his negatives and positives rose. Roughly half (49 percent) of voters said they approved of Trump’s performance, up from 46 percent immediately following his inauguration. About 4 in 10 (41 percent) of voters disapprove of his first several days in office, compared with 37 percent who said the same the week before.

The national poll surveyed 1,991 registered voters. It has a margin of error of plus or minus 2 percentage points.