The Atlanta Falcons have not played in a Super Bowl since 1999, and the American people want to see them win this Sunday — even if they think the New England Patriots ultimately will once again claim victory. 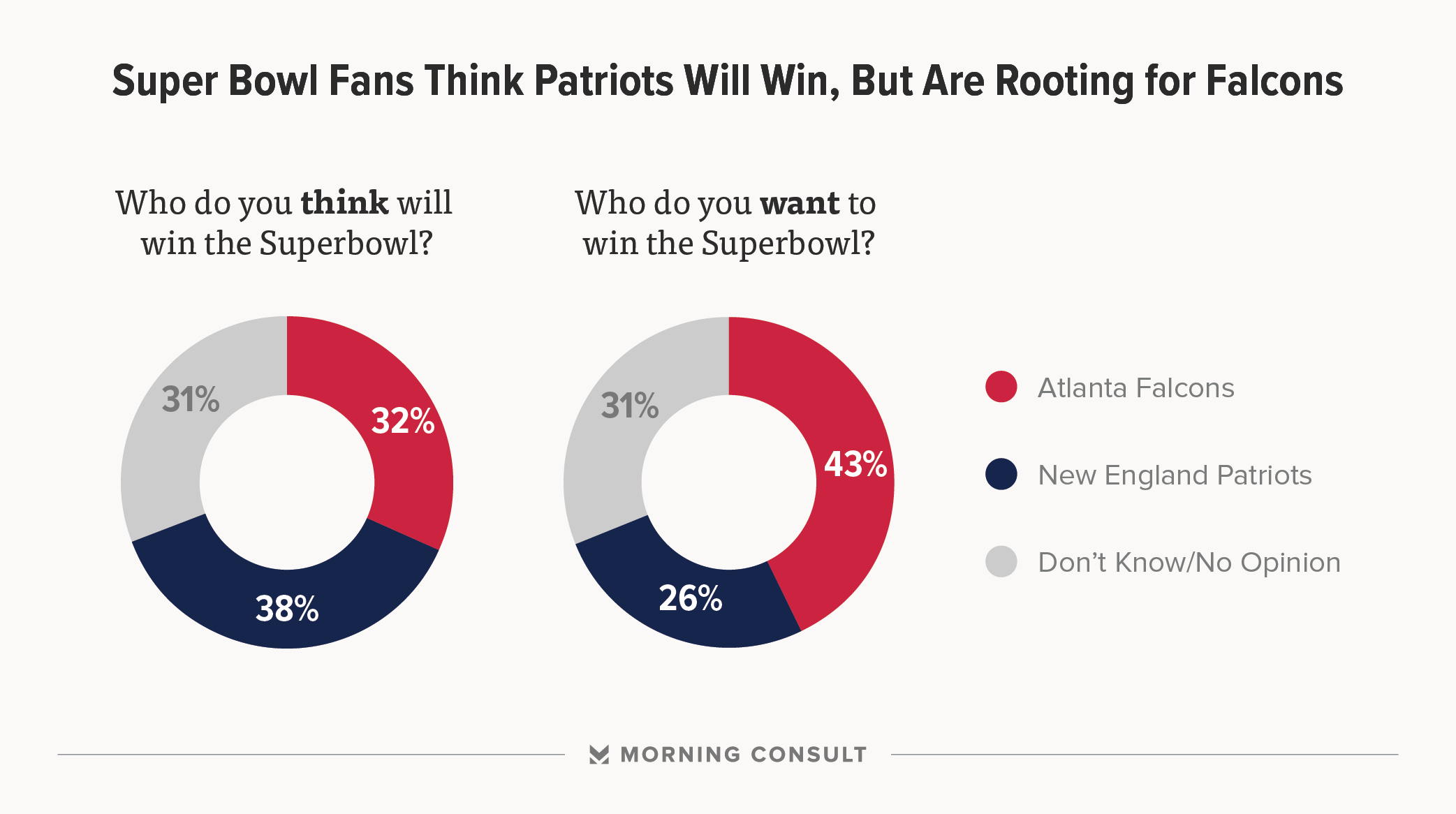 Regardless of where their team loyalties lie, most people will still be tuning in to the game on Sunday. Sixty-one percent of people said they plan to watch Super Bowl LI. Seventy-two percent of men and 50 percent of women said the same.

The poll was conducted Jan. 26 through Jan. 28 among 2,200 adults with a margin of error of plus or minus 2 percentage points. Crosstabs are here and toplines are here.