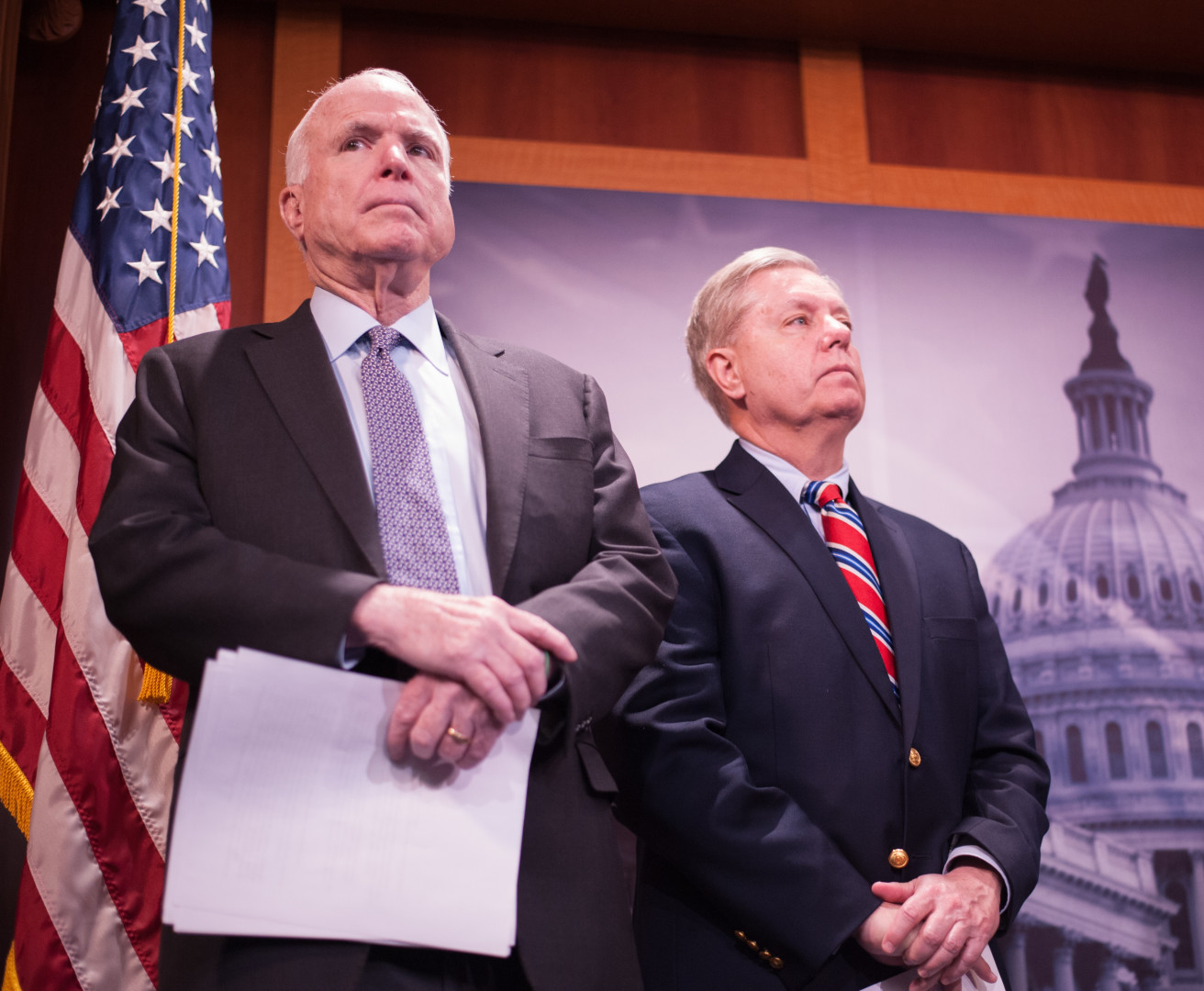 Critics say the inclusion of a political operative on the NSC is a notable break from precedent. Bannon is the former executive chair of Breitbart News.

Several senators on the committee told Morning Consult they will scrutinize the NSC’s actions in the coming months to see whether Bannon’s influence — and the occasional absence of the chairman of the joint chiefs and the director of national intelligence — negatively impacts the body’s decision-making.

Sen. Mike Rounds (R-S.D.), a member of the Armed Services Committee, said in a Tuesday interview with Morning Consult that the NSC revamp “most certainly raised our eyebrows.”

The Senate committee sets policy for the country’s armed services, recommends funding levels and carries considerable weight about the makeup of the military.

Sen. Lindsey Graham (R-S.C.), another committee member and a hawkish voice on national security issues, told Morning Consult on Thursday that Bannon’s inclusion on the council is “on its face problematic.”

Committee Chairman John McCain (R-Ariz.) told reporters on Tuesday that he “obviously” objects to Bannon’s inclusion on the NSC.

On Saturday, the Trump administration released a memorandum identifying the administration officials who will participate in every NSC meeting. The memo gives Bannon a permanent seat on the council.

Trump also broke with the Obama administration’s policy of including the joint chiefs chairman and the director of national intelligence in every NSC meeting. Instead, those two officials are directed to attend on a case-by-case basis.

Rounds said the addition of Bannon is a clear change in policy from past administrations.

“My main problem is apparently demoting others,” Graham said, referring to the occasional attendance of the joint chiefs chairman and director of national intelligence. “I don’t know if they’ve fixed that or not.”

Committee Democrats worry that politics will worm into critical national security decisions. Ranking member Sen. Jack Reed (D-R.I.) told Morning Consult on Wednesday that he disagrees with the revamp. “It takes out military expertise and adds to the political dynamic,” he said.

Sen. Richard Blumenthal (Conn.), told Morning Consult on Thursday that he had “very strong and deep concerns about this arrangement, from a policy standpoint as well as a legal one.”

When asked whether the Armed Services Committee would keep tabs on the outcome of the NSC revamp, Blumenthal echoed Rounds. “We’ll definitely be watching,” he said.

— Eli Yokley contributed to this story.

Correction: A previous version of this story misattributed some of the Armed Services Committee’s responsibilities.