Young people like the Super Bowl spots from Skittles and Lexus, but how do other ads fare among viewers? Some ads released ahead of the National Football League’s championship game move demographic groups differently — particularly among men and women. 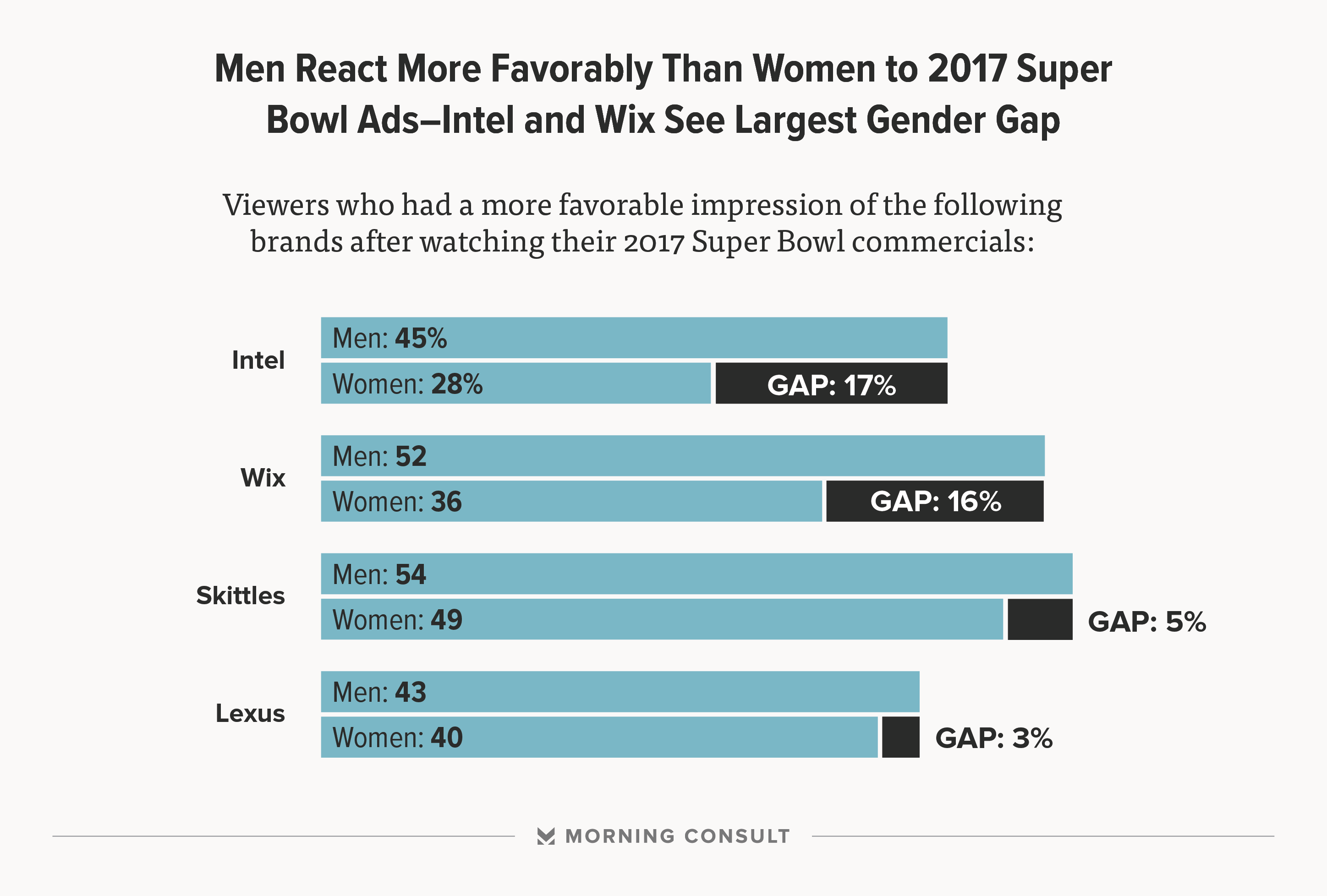 Intel’s ad, which gives viewers a glimpse into New England Patriots quarterback Tom Brady’s morning routine, but in close-up, slow motion – like the Intel technology used at the Super Bowl – polled much better among men than women, according to recent data from Morning Consult. Forty-five percent of men said the spot gave them a more favorable view of Intel, compared to 28 percent of women. Forty-one percent of women said the ad had no impact either way. Team loyalties were not disclosed in the data.

Omer Shai, VP of marketing at Wix.com, said the company’s target demographic is in the 18-40 age range, and while they intend to reach a wide customer base, there’s also a need to hone in on that specific audience.

The data shows their efforts largely paid off – 49 percent of 18 to 29-year-olds said Wix.com’s Super Bowl ad gave them a more favorable view of the company while 54 percent of 30 to 44-year-olds said the same.

The poll was conducted Jan. 26 through Jan. 28 among 2,200 adults with a margin of error of plus or minus 2 percentage points. Crosstabs are here and toplines here.

Correction: A previous version of this story misstated which Bud Light ad was slated to air during the Super Bowl. References to the incorrect ad have been removed from the story.