Poll: Star Power, Not Awards, Gets People to See Movies

When the Oscars air a week from Sunday, will the Academy’s picks have an effect on the films viewers choose to watch? Not likely, according to a recent Morning Consult poll. People are more likely to see a movie based on other factors, like actors and movie trailers. 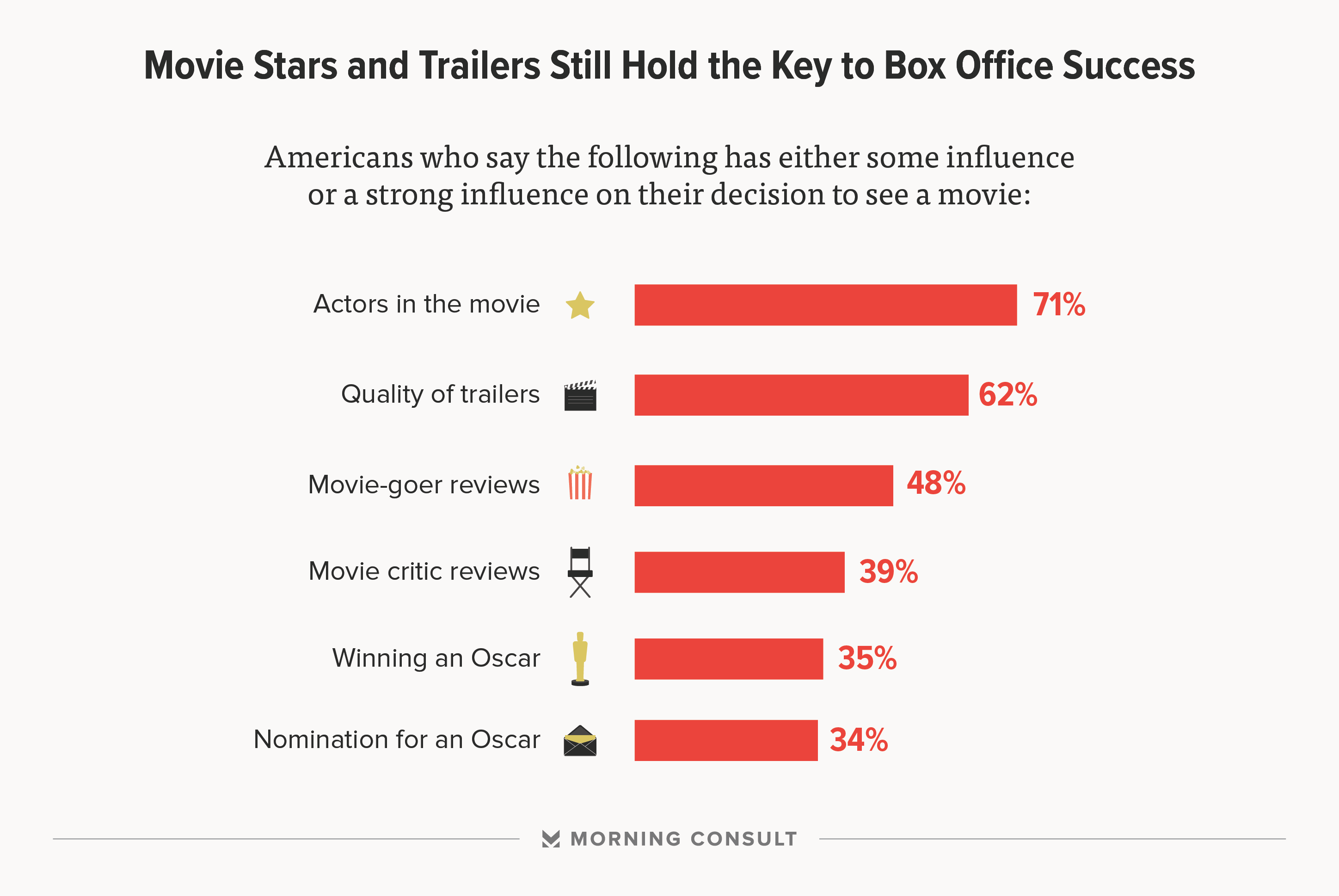 Young people, in particular, put a lot of trust in trailers. Fifty percent of adults under the age of 30 said trailers strongly influence their decision to see a movie.

The Oscars, ultimately, don’t have a leading role when people are choosing a movie. Just 14 percent said a film being nominated for an Academy Award has a strong influence on their decision to see it, with 15 percent saying the same about a film winning an Oscar. Forty-three percent said an Oscar-winning film has no influence on whether they see it.

Older respondents are also less swayed by award-winning movies: 52 percent of people age 45 to 64, and half of respondents age 65 or older, said the awards have no impact on their movie choices.

Polling was conducted among a national sample of 2,000 adults on Feb. 9 and Feb. 10. Crosstabs and toplines are here and here.