A Morning Consult/POLITICO survey taken over the weekend asked voters whether they thought funding should be increased, decreased or kept the same for 22 federal departments or agencies. In each case, a healthy majority of respondents said they thought agency funding should either stay the same or increase.

Last week, the Trump administration began to detail its forthcoming spending plan, which called for a $54 billion increase in defense funding and included significant cuts to the State Department and Environmental Protection Agency. The proposal has already met high-profile resistance on Capitol Hill.

The highest percentage of voters (25 percent) supported cuts to the State Department and the Treasury Department, followed by the EPA at 24 percent. More than 4 in 10 voters said spending levels should be kept the same for Treasury (42 percent) and State (41 percent), while 29 percent said the EPA’s budget should remain the same. 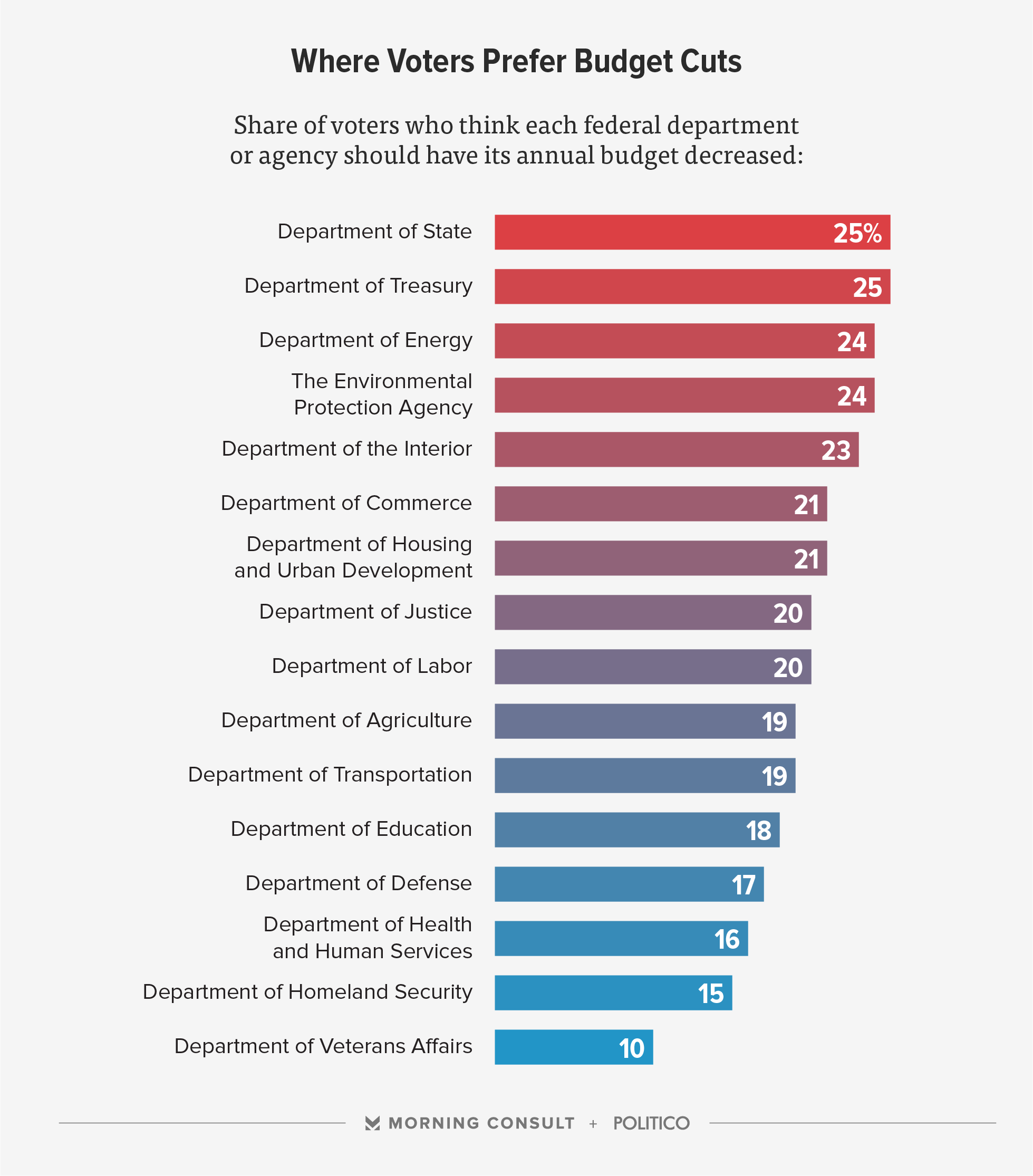 Almost half of voters (47 percent) supported increasing spending at the Department of Defense, while a quarter (23 percent) said they would prefer to keep it the same.

When asked which agencies are necessary, most Americans (85 percent) opted for the VA and Defense departments. The Department of the Interior was viewed as the lowest priority, with 64 percent of voters dubbing it necessary.

The national, online survey polled 1,992 registered voters March 2-6. It has a margin of error of plus or minus 2 percentage points. See more here.

A previous version of this story misstated the support for increasing the Defense Department’s budget.