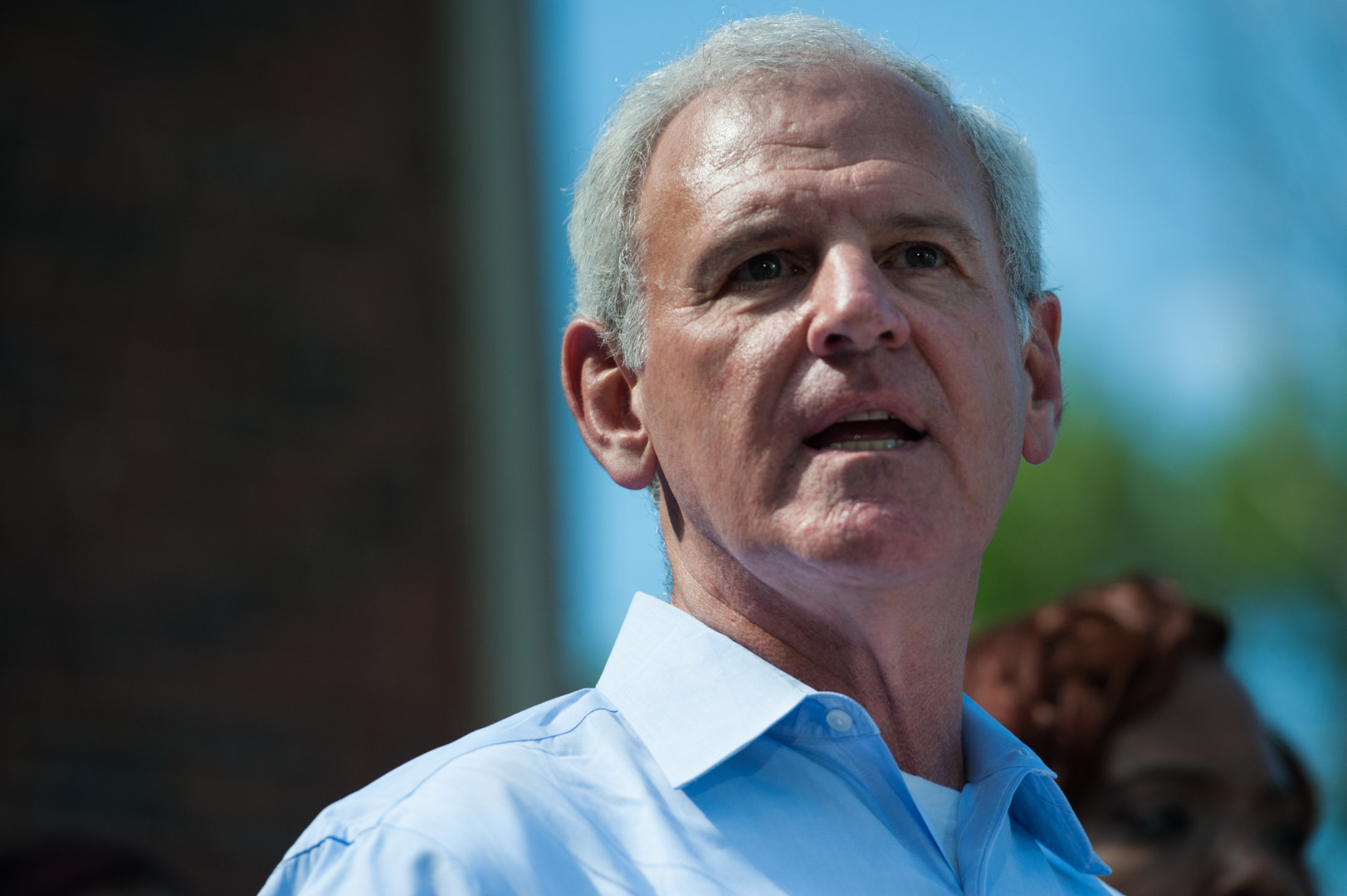 Byrne confirmed the House is set to vote Thursday on the bill. (Rob Kunzig/Morning Consult)
By Mary Ellen McIntire

House Republicans plan to vote Thursday on a reconciliation bill that would repeal and replace significant parts of the Affordable Care Act, with the House Rules Committee set to mark up the legislation Wednesday.

Reps. Tom Cole (R-Okla.) and Bradley Byrne (R-Ala.), who both sit on the Rules panel, confirmed the timeline.

House Republicans are still working on changes to the bill, dubbed the American Health Care Act, but members say they haven’t been informed of any final decisions and it’s not clear when those changes would be rolled out. Major changes include making tax credits to help people afford insurance more generous for low-income people or adults between ages 50 and 64, adding some sort of Medicaid work requirements and adding a block grant option for Medicaid funding.

President Donald Trump met with some House conservatives, including members of the Republican Study Committee on Friday morning, and they agreed on an amendment package that would include giving states the option to block grant Medicaid rather than receive a per capita cap, and to maintain work requirements for certain Medicaid enrollees. They did not discuss making tax credits more generous, said Rep. Andy Barr (R-Ky.), who attended the meeting.

However, it’s still unclear whether Republicans would have enough support to pass the legislation. Rep. Mark Meadows (R-N.C.), chair of the House Freedom Caucus, said this week the group would have enough votes to sink the legislation, though they are working on crafting an amendment. And other moderate members of the conference said they would vote no on the current bill the Congressional Budget Office released its analysis Monday.

Rep. Morgan Griffith (R-Va.), a Freedom Caucus member, told reporters that he understood most members of the group to still be opposed to the legislation, in part because they want to see more parts of the ACA repealed. The House Freedom Caucus later tweeted it “still opposes the GOP replacement bill in its current form.”

Trump said after the Friday meeting that “every single person sitting in this room is now a yes” after talking about certain changes, citing the block grant option specifically.

“The block grant is very important because I want the states to get the money and to run the program if they want to run it, because they can run it better than the federal government,” he said in front of reporters.

Members departing the House Republican conference meeting said they still hadn’t decided whether states would be able to institute work requirements, or whether they would be optional. Griffith said they were focused on keeping the reconciliation legislation in line with the Senate’s Byrd rule, meaning any amendments must be tied to the budget in order to pass the bill without any Democratic support.

House GOP leaders are trying to find an elusive balance where both the conservative and moderate flanks of the party can support the bill since they can only lose 21 votes on the floor, with no Democrats expected to vote for the measure.

“We’re looking at all the options that can help states lower the costs for low-income Americans and for the early retirees who usually have higher medical costs,” said Rep. Kevin Brady (R-Texas), chair of the Ways and Means Committee, when asked about efforts to make the tax credits more generous.