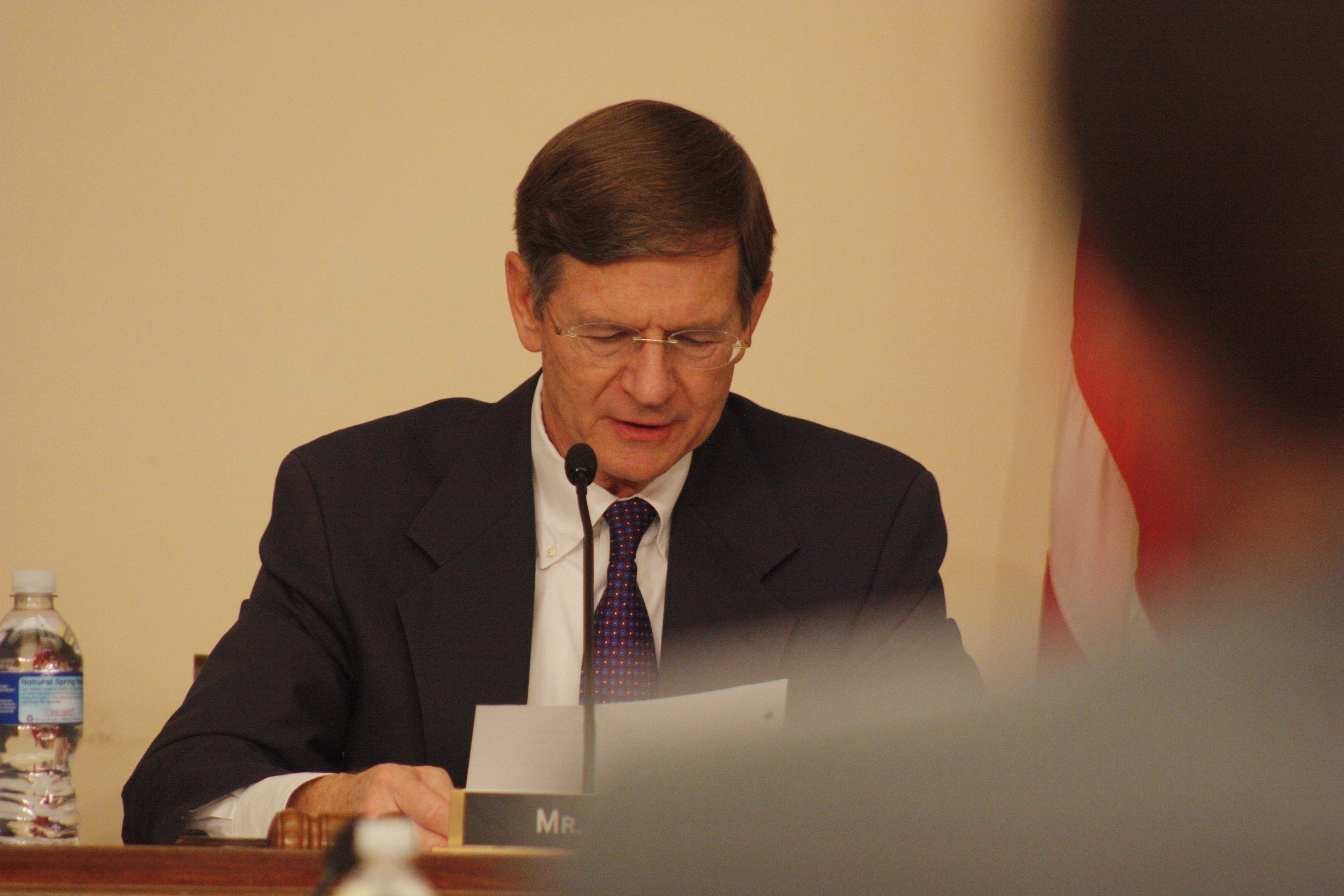 Smith, chairman of the House Science Committee and a vocal critic of the Obama administration’s actions on climate change, said he hopes in the next few weeks the House will vote on a bill requiring the EPA to open to the public any research used to justify regulations.

The bill was passed by Smith’s committee earlier this month, over objections from Democrats who said the agency’s research already needs to be peer reviewed and that the bill unnecessarily requires independent scientists to be able to replicate the studies.

Smith spoke to attendees at the Heartland Institute’s International Conference on Climate Change, a gathering of conservatives who disagree with the general scientific consensus that human activity is primarily responsible for the long-term trend of rising global temperatures. Smith said the EPA’s regulations on greenhouse gas emissions were “based on spurious science and a liberal political agenda,” drawing applause.

The event’s sponsors include the Heritage Foundation, Americans for Tax Reform and the Competitive Enterprise Institute, among other conservative organizations.

Smith responded vaguely when asked if his committee would hold a hearing on the EPA’s official finding that greenhouse gases endanger human welfare. That finding is key to the government’s analysis of the social cost of carbon, which justifies regulations to limit carbon-dioxide and other greenhouse gases. Smith said the committee could “possibly” hold a hearing on the subject but he does not have specific plans to do so.

Patrick Michaels, the director for the Cato Institute’s Center for the Study of Science, said the Trump administration should scrap the EPA’s endangerment finding, clearing a path for the administration to undo greenhouse gas regulations without any legal problems.

“It has to go,” Michaels said in a speech at the same event. “There are people I have heard that are trying to finesse their way around it. There is no way to finesse around a monster.”

Smith also touted his committee’s hearing next week on climate science, where three prominent skeptics of mainstream climate science will testify alongside Michael E. Mann, a well-known scientist who has warned of climate change’s potential effects.