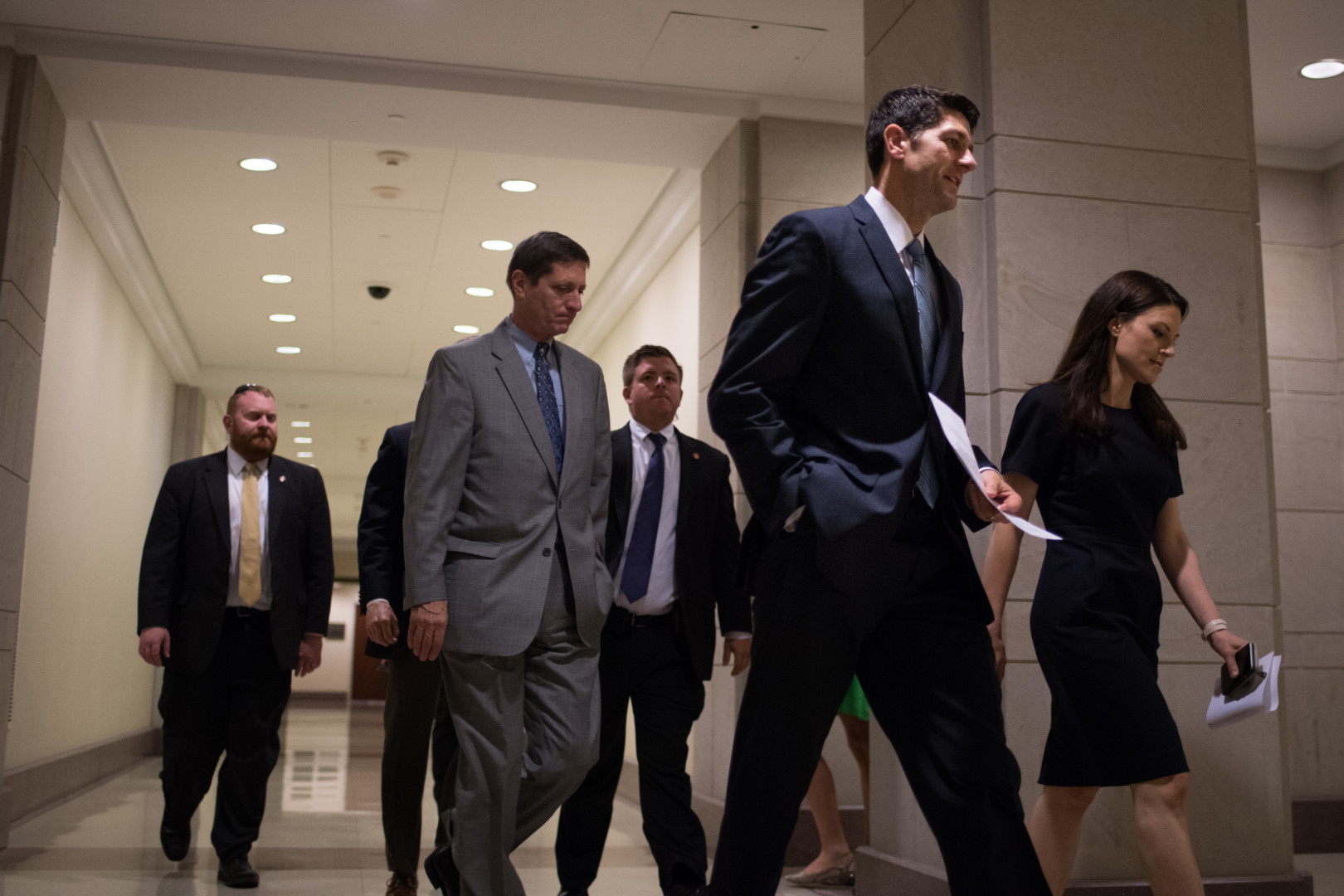 House Speaker Paul Ryan said Tuesday there was a better way to eliminate federal spending on Planned Parenthood than attaching it to a must-pass measure next month to keep the government open.

Rather than include a “defund Planned Parenthood” provision on the upcoming bill to fund the federal government, the Wisconsin Republican said Republicans still plan to use their budget reconciliation framework to overhaul health care to stop federal money from flowing to the women’s health service provider.

“We think reconciliation is the tool because that gets it in law,” he said, referring to the budget tool that requires just a simple majority in both chambers to reach the president’s desk. “That’s the way to go.”

The House GOP’s failure to pass their health care plan on Friday using that reconciliation framework has left doubt about Republicans’ next steps on the issue. Rep. Trent Franks (R-Ariz.), a member of the hard-line conservative House Freedom Caucus which helped sink the bill, said he hoped “at least part of” the reconciliation bill would be used to defund Planned Parenthood.

Top Democrats on Capitol Hill have expressed other demands as well, including opposition to including funding to help pay for President Donald Trump’s border wall along the U.S. border with Mexico.

On Tuesday, Senate Minority Leader Chuck Schumer (D-N.Y.) took to the Senate floor to rebuke Trump’s planned cuts to domestic programs for this fiscal year in order to help pay for the wall, calling them “dead on arrival in this Congress.”

Senate GOP leaders seemed keen Tuesday to avoid tying the wall funding, which was part of a supplemental request from the administration, to an omnibus spending bill to keep the government funded for the rest of the fiscal year.

“You’re much more likely to get it done without the supplemental, and then look at the supplemental as a separate package,” Senate Republican Conference Vice Chairman Roy Blunt (R-Mo.) told reporters at the Capitol.