Voters are souring on President Donald Trump’s job performance in the wake of Republicans’ failure to get their plan to repeal and replace Obamacare off the ground level.

According to a new Morning Consult/POLITICO survey conducted after the House GOP’s bill was pulled from the floor on Friday, 46 percent of registered voters said they approved of Trump’s performance in office, down 4 points from the previous week. Meanwhile, his disapproval rating rose to 50 percent, up 6 points from the past survey. It’s the first time more voters have disapproved of Trump’s performance since Morning Consult began tracking his job approval. 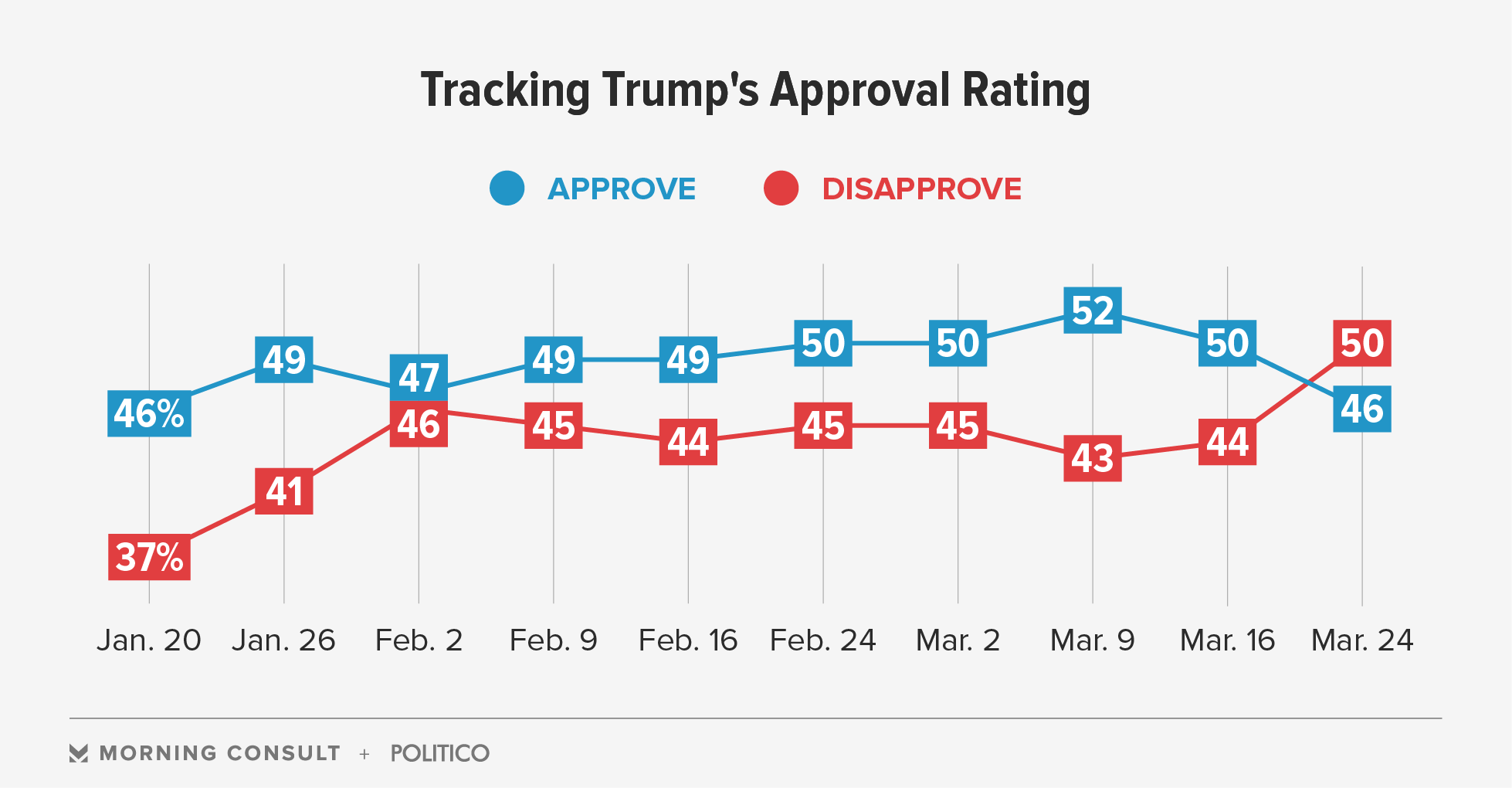 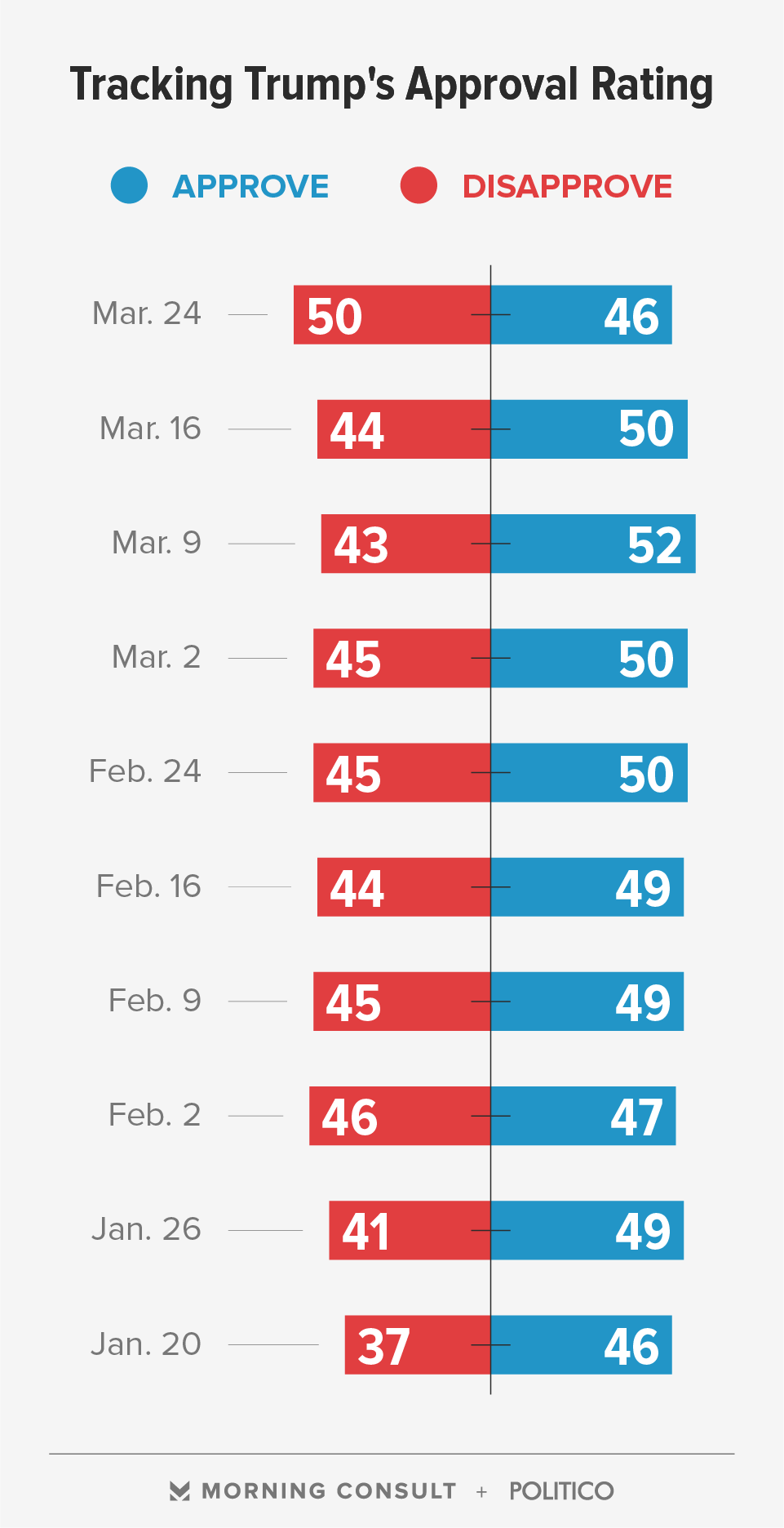 Trump’s approval number reached a high point of 52 percent in early March amid positive economic indicators and congressional Republicans’ initial rollout of their plan to overhaul parts of the Affordable Care Act. As that process floundered and markets reflected new pessimism over the unified GOP government’s ability to deliver on promised tax cuts, support for the president has dropped among voters of all partisan leanings.

During the March 9-13 survey, 88 percent of Republicans supported Trump’s job performance. In the new survey, 81 percent of GOP voters are still backing Trump’s work at the White House. There’s a similar drop in approval among Americans who said they voted for Trump in November, from 92 percent to 84 percent.

Support from independents has also dropped, from 43 percent in early March to 39 percent in the new survey. More than half of independents (53 percent) now disapprove of Trump’s handling of the job.

Regardless of how voters feel about his job performance right now, Trump remains more popular among the Republican base than the top Republicans in Congress. Eighty-five percent of Republicans view Trump favorably, compared with 64 percent who view House Speaker Paul Ryan of Wisconsin favorably and 40 percent who have a positive view of Senate Majority Leader Mitch McConnell of Kentucky.

The national, online survey polled 1,991 registered voters March 24-25. It has a margin of error of plus or minus 2 percentage points. See more here.