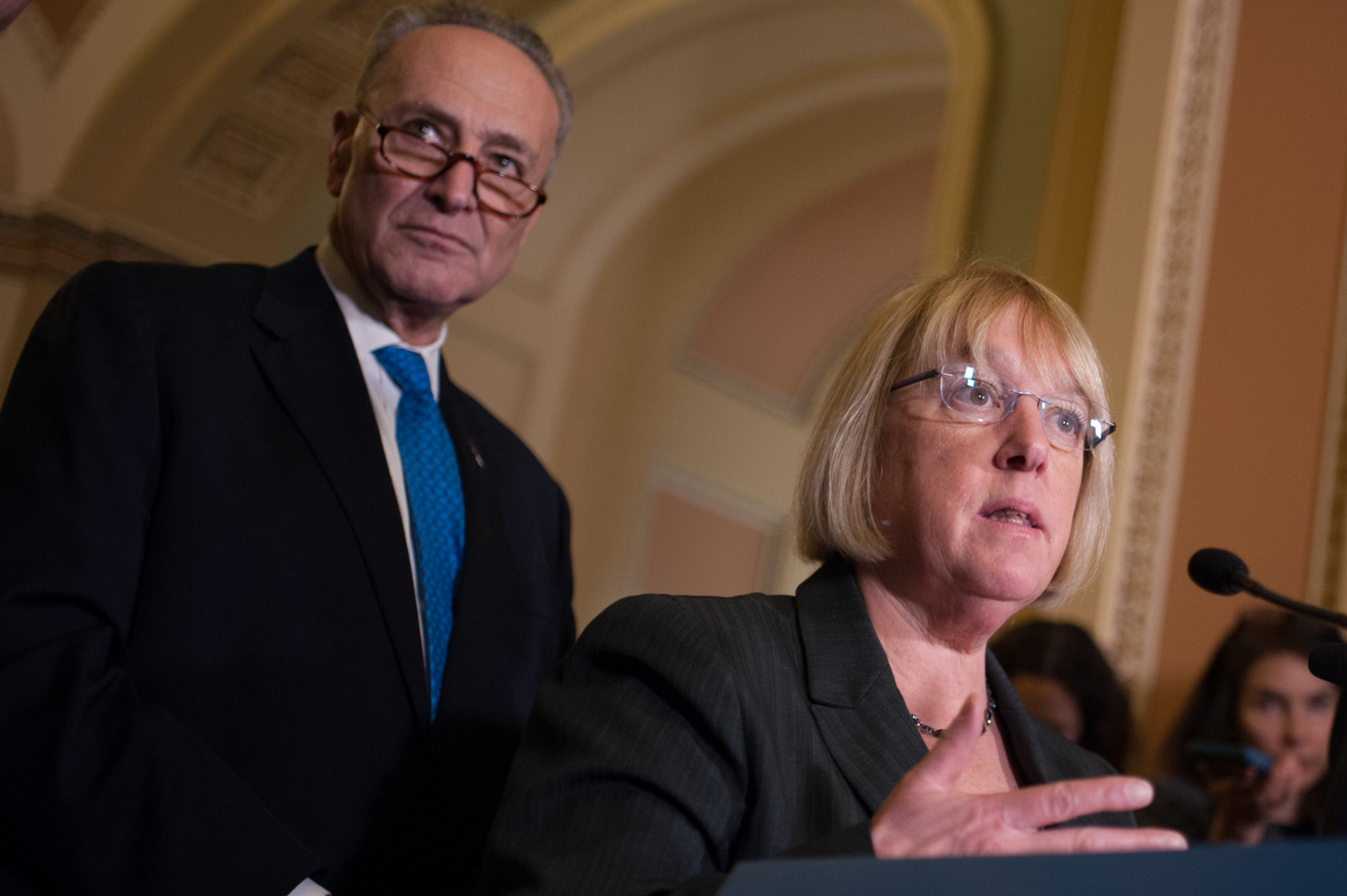 Murray said the resolution will make it harder for millions of women to access health services. (Rob Kunzig/Morning Consult)
By Jon Reid

Vice President Mike Pence cast a rare tie-breaking vote for the second time on Thursday to pass a resolution overturning an Obama administration rule that prevents states from discriminating against family planning providers for political purposes.

The resolution, which would scrap a regulation blocking states from withholding Title X family planning grants to Planned Parenthood and other providers that offer abortion services, is part of a Republican effort to use the Congressional Review Act to overturn a number of Obama-era rules.

Pence earlier broke a tie on a procedural vote to advance the bill. The legislation was opposed by all Democrats and two moderate GOP senators, Susan Collins (Maine) and Lisa Murkowski (Alaska), both of whom have long protested efforts targeting abortion services.

Pence was able to cast the tie-breaking vote, his third since the president’s inauguration, after Sen. Johnny Isakson (R-Ga.), who is recovering from his second back surgery this year, arrived in time to vote in support of the resolution.

Democrats said the resolution will make it harder for millions of women to access health services. About nine in 10 of the 4 million low-income Americans who benefited from the grants in 2015 were women, according to federal data. The funds, which totaled roughly $286 million that fiscal year, can be applied to a number of family planning programs, including contraception education, breast cancer screenings and testing for sexually transmitted diseases. Using those funds for abortion services is already illegal under federal law.

“Taking resources away from these providers, which this resolution would do, would be cruel and it would have a greatest impact on women and families who need it the most,” Sen. Patty Murray (D-Wash.) said on the Senate floor after the procedural vote. “And it would undo a valuable effort by the Obama administration to ensure that health care providers are evaluated for federal funding based on their ability to provide the services in question, not on ideology.”

Update: This story has been updated to reflect the final Senate vote.